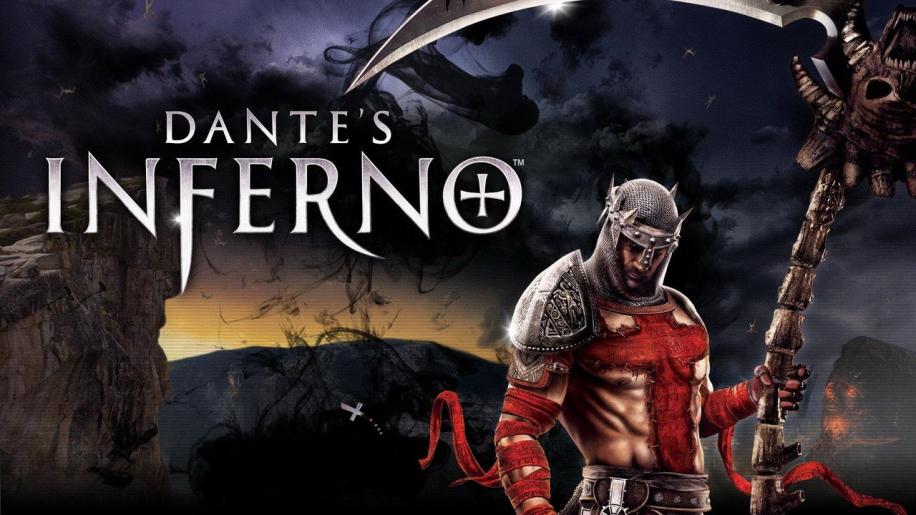 Now, before anyone goes thinking that some massive undertaking has begun to translate one of the world's true literary masterpieces to the silver screen, I must dash those hopes. This is not in fact a cinematic version of the first 33 cantos of Dante Alighieri's Divine Comedy, the fourteenth century tale of the poet's journey through Hell. It is instead a tie-in to the Electronic Arts videogame of the same name, which in turn takes its inspiration (very loosely) from the aforementioned tome. Made as a co-production between EA and Film Roman, it follows on from the success that the two had when pairing up in 2008 to make an animated prequel to the games publisher's sci-fi survival horror videogame Dead Space, entitled Dead Space: Downfall. This cross marketing allowed for a greater presence amongst a demographic that is increasingly growing, namely those who enjoy both videogaming and animated features.

Artistically, the use of four separate directors gives this production a similar feel to that of Batman: Gotham Knight, with each having a different vision as to how the protagonist should appear, yet allowing the character traits that have been established by the preceding segment to continue and flow into their own imagining. Perhaps most notable amongst the four will be Victor Cook, whose credits include co-directing another Film Roman animated feature Hellboy Animated: Blood and Iron (2007) and Jong-sik Nam who himself directed one of the segments of the aforementioned Batman animated adventure. Throw in a producer, Mitsushisa Ishikawa, who can boast working on such highly acclaimed works such as Ghost In The Shell, Blood: The Last Vampire and Neon Genesis Evangelion and I'm sure fears that this may be a botched Americanised attempt at an adult animated feature will be soothed somewhat.

As I previously stated, this being based on the videogame rather than the original material from which it inherited its name, the ties that bind it to Alighieri's work are thin and at times nonexistent. It has been some time since I last read the book, but I struggle to recollect any incident whereby the poet may have thrust a crucifix into the eyeball of a demon or taken on the entire armies of the damned. That isn't to say that there weren't moves afoot by the producers to inject a healthy dose of the text and its flavour in places, just that you should certainly brace yourself for a companion piece to a gory videogame. Dante is no longer a mere commentator on the sights that assault his senses in this nether realm but instead he actively participates in a bloody quest that sees him knee deep in demon entrails and harpy limbs. Here he is depicted not as a thoughtful poet but rather as a Holy Knight returning from the crusades. Upon his return, this bold warrior finds his family slain and upon reaching the twitching, barely breathing body of his betrothed love Beatrice, witnesses her being whisked up in the arms of Lucifer himself. Dante pursues this wicked apparition as it breezes through the air with ease, drawing the Knight to the very gates of Hell. As one would expect, rather than turning back, he pursues them into the underworld, intent on reclaiming his loved one and defeating any and all who stand in his way.

The scene is set very vividly, and it isn't long before we see the hallmarks of many a mature Eastern animation raise their heads. The severing of limbs and the relaxed attitude towards female nakedness are both fairly abundant in even these early moments. At times it feels a touch forced, as though it were trying just a tad too hard to maintain its credentials as an adult companion to the videogame, but this is hardly a criticism as fans of this sort of fare will likely want it to err far more on the side of the extreme rather than have it feel restrained. The art direction is certainly impressive throughout, with subtle touches added to differentiate between weather conditions and the like. The hazy fog surrounding a bewildered Dante astride his steed and beset by demons is recognisably different to the rising steam of the lower pits of Hell. The visuals in the early segments contain a great subtlety to them, with a slightly brushed hint to the finer details. As one would expect for a film with several directors and artists, there are very clear changes in the style once one piece ends and another begins. This is generally handled well, with Dante himself being the most evident example of the shift in styles, moving from the early to midpoints with changing haircuts and physical appearance, but never to the point of absolute distraction. The mood remains well maintained even during these shifts and the narrative continues with a brisk pace. The only real problems with this approach are to be found toward the end of the film. The peripheral characters are always easily recognisable, with there being few players other than demons it is certainly easy to keep up with the developments of the story. However, as much as viewers might accept the odd tweaks of haircuts and clothing, to see Dante himself move from the lithesome willowy figure we see at the beginning of the piece, to his final incarnation as a muscle bound hero that looks incapable of even minor tasks of dexterity such as crossing his legs or scratching himself, this becomes jarring.

The action itself is handled well, with the decision to opt for a wider angle to view from rather than the oft preferred close up and aftermath shots as seen in many animes, proving to be quite effective. Dante's sword is kept hilt deep in demon guts until he finds something even more sharp and nasty with which to battle the hordes of darkness. Limbs fly, heads roll, blood washes over the action and really there is little more that one could ask from an animated action horror other than maybe a better finale. The larger inhabitants of hell are all re-imagined beasts with their roots in the original work (I'm talking about the book here) and the results are generally quite pleasing, fitting in well with standard anime archetypes for such monstrosities. There was only really one misstep that I noted with regards the design of these nightmares and that came in the form of the overused survival horror videogame tool of depicting evil babies. Here they scamper after Dante using knives for arms in spider like movements and when our hero shuts a large stone door in their path they hurl themselves at it and thud against it, piling up like wet towels thrown at a wall. I know the intent was creepiness but I couldn't help giggling at this Tom and Jerry moment.

Overall, this is a solid effort considering the potential pitfalls which could have derailed it. It neatly escapes being a toned down piece marketed to a greater audience by lavishing viewers with gore aplenty. It may in fact surprise a few with its depth. I'm not saying that it is a thoughtful piece of mature storytelling, but the script keeps with the restrained speech patterns of old, which, combined with the voice actors used (particularly for the characters of Dante and Virgil) at times gives this the air of the type of animated classic tales you often see late night on the learning zone (a guilty pleasure of mine). I'm not sure why they bothered to throw in the various barbed encounters that Alighieri has with various figures he knew in life, but it is certainly welcome to see at least a passing nod to the original works of the poet. This is never going to go down as a masterpiece, but if you can look at it in the manner it was intended, a companion piece to a violent videogame and based on that concept rather than the more famous book, then you may find yourself surprised at how well the producers have accomplished their goals. A well animated piece of violent hokum, with just enough substance to tide you over between bouts of demon dicing.