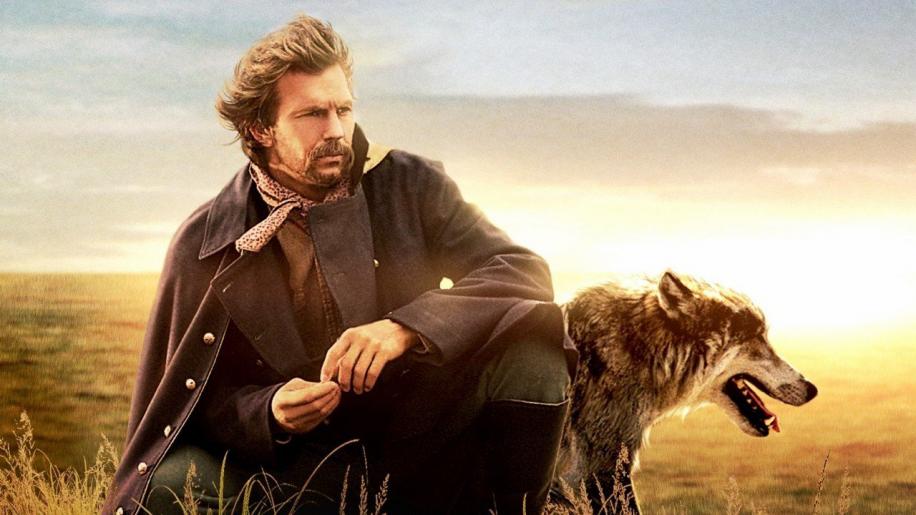 On viewing Dances with Wolves again, one could almost forgive Kevin Costner for the de-railment that was Waterworld and The Postman. This marathon of a movie, here presented as a director's cut with extended footage (taking the running time to almost 4 hours and splitting it across 2 discs), is a wonderful engrossing tale of culture, loyalty, love and loss that - at its very core - is all about people and their relationships.

Costner plays the role of John Dunbar, a civil war veteran who is offered the post of his choice after a suicidal display of heroism on the battle field. Choosing to see the American frontier "before it's gone", Dunbar embarks on a trek which takes him to a remote, deserted outpost, which is really no more than a hovel in the wilderness.

Once there, he sets up camp and begins a new life, which brings him into contact with a Sioux tribe, and a mysterious white woman brought up in the Indian community (Mary McDonnell). As Dunbar struggles but finally overcomes the language barrier with the tribe's Holy Man - Kicking Bird - his ties to the tribe grows and eventually becomes at odds with his ethos as a military white man. It comes as little surprise then that as he becomes wrapped up in the rich Indian culture, the outside world finally catches up and events spark off a string of consequences...

Dances with Wolves is like an antique tapestry - timeless, rich, multi-layered and of excellent quality. Effortlessly it brings to life the wild American frontier, with the plains and characters that inhabit them wonderfully realised. Costner is superb, instilling a sense of the naïve and the humble into his character which makes his transition into a man of the Sioux even more convincing, whilst Mary McDonnell is equally effective in a role which required that she only speak in broken English at the best of times.

The extended director's cut doesn't add much plot development to the central core of the story, however it does add more richness and insight into the life of the Sioux tribe, and is all the more interesting for it. The only additional footage which some may dislike (as I do) is that we see a scene which features the previous occupants of the outpost that Dunbar is traveling to. To me, I found the original cut more intriguing - I didn't actually want to know what happened to them and why they abandoned their post.

This small point aside, however, Dances with Wolves - The Extended Edition is a sumptuous epic that's well worth re-discovering if you've not seen it in a while. Highly recommended.