Shot down in a blaze of glory 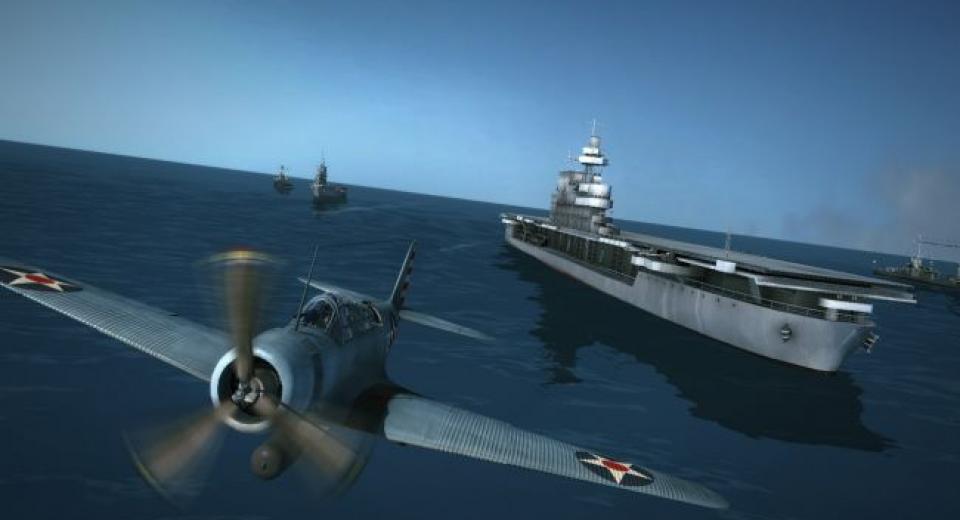 Before we get there though, there are a few smaller games still sticking their necks out and launching before they get lost amongst the bigger titles that are launching soon. One such game is Damage Inc; a warplane simulator set in World War Two brought to you by Trickstar Games. Don’t worry if you haven’t heard of them because they have only worked on a couple of games including International Cricket 2010 and now this.

This genre in general is a fairly barren one and it is also one where developers find it very hard to succeed. There may be reasons for this but a new developer to this market, along with a meaty joystick, has a very good opportunity to make a name for itself if it can come up with a winning formula.

Oddly this title has been published by Mad Catz who are renowned for creating the majority of third party, and licenced, peripherals for our beloved consoles including controllers, headsets and other various bits and pieces. The reason for this is that the collector’s edition (the edition being reviewed here) comes bundled with a flight stick. It’s not often we see games designed specifically for peripherals it’s the opposite in fact; a slew of accessories often pour into the market when a big game in a peripheral-friendly genre launches. Because of this and Trickstar’s relative lack of experience in the gaming market it is expected that many will approach this game with a great amount of trepidation. And, so it would seem, rightly so as the game isn’t exactly what you’d come to expect from a modern title that you’d fork out £40 (more in this case) for. The main reason for this price hike is the peripheral bundled into this edition so it’s only right that we look at this as much as the actual game itself.

From the outset it is obvious that Damage Inc has not been treated as well as it should have been in terms of development time. Whether this was because of tight budgets or lack of experience it is evident either way throughout the whole game.

Damage Inc boasts a fairly hefty single player campaign which sees you take part in many different battles across the American's pacific campaign. Initially the game kicks off with you fending off the Japanese at Pearl Harbour and from there on in you see action across other parts of the area. Obviously, you are broken into the game through an introductory mission which shows you all the basics you need to get by in order to complete future objectives.
In terms of story for the game, the fact that the Japanese are bombing the hell out of your territory and the fact that they have sided with the Nazis is incentive enough to take them down. Your pilot however has an emotional tie to the situation as his brother was killed on his way to Pearl Harbour; therefore you seek revenge. It’s a throwaway story but let’s face it, you’re not here for the story are you?

As mentioned your missions see you taking down various airborne threats, ground-based targets and a host of ships all of which want nothing more than to see your plane go down in a fiery tailspin.

The actual control of your vehicle is something that you need to get accustomed to quickly yet it is quite challenging as the learning curve for this is relstively steep. The first mission is quite demanding considering you’re still learning the ropes and even past then you can get caught out because you’re overwhelmed with enemies. What’s worse is that, even though your stick caters for it, precise movements and aiming are very hard to achieve as your machine doesn’t respond quickly to your motions. The build quality of the stick it is very high and feels solid despite having to partly construct it yourself once you have unboxed it. The function buttons are well placed at the head of the stick (stop being immature) and the flip switches on the front of the unit are also easy to access and add to the realism of the title. Not being wholly critical of the stick itself but you ideally need to be sat at a table or desk in order to full appreciate this peripheral despite it having a rest built to sit on your leg.

Despite having an extensive campaign and a brilliant flight stick, sadly that’s where the positives pretty much stop for Damage Inc. Whilst the planes are fairly well detailed, they could be better, and the environments are massively under-detailed and look as if a 2D top layer has been applied to the ground. It’s not ugly but it is not far from it and really shows that more attention to detail should have been paid. I’m not even going to talk about the cloud animations…

What makes this worse is that you will have to put up with the same environments for extended periods as some of the missions go on for sooooo long and end up boring you. I appreciate that ten minute blast-throughs aren’t everybody's cup of tea but every time you think you have seen the back of one mission another wave of enemies appears on the horizon. If you were being overly critical of Damage Inc you’d say that it was repetitive to the point of each mission being pretty much the same but what do you really expect? There’s only so much you can do with a warplane game and there’s only really an issue with this because the missions last such a long time. I wouldn’t mind downing the same enemies in my new plane if it didn’t last for 45 minutes at a time.

You should look forward to getting out in your new plane, taking off in it, killing a few bogies and then landing it in time to be back for a smoked kipper for your supper but sadly this is not always the case. It’d be nice if the game had a bit more source material included with it to make it more authentic and make the story that bit more compelling.

So whilst Damage Inc. isn’t the worst game out there it isn’t the best either in fact, it’s pretty much average and sits between being a great niche game and one that sucks complete eggs. The controller is a saving grace for the title (the reason why this package got 3 not 2) but there’s a massive question over its head as to whether or not investing so much money is worth it down the line. Only gamers can answer that question and find out whether or not the punt they took on it was worth it or not. Here’s hoping that it is the former rather than the latter…

If you were to pick this game up on the cheap on its own then it would be more than worth a punt yet there is a massive question as to whether or not buying this along with the stick is actually worth it and that is entirely down to the gamer. There's no doubt that the flight stick is a solid bit of kit and will last for a long time and serve you well in other games that are compatable with it in the future. The game however suffers from poor graphics and fails to do anything that we have not seen before with missions that last too long, a weak story and poorly detailed environments.