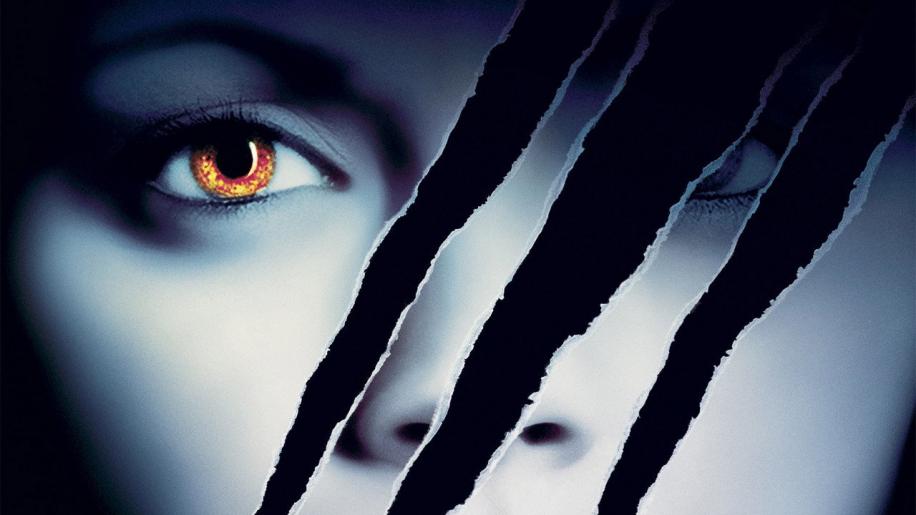 This isn't Cursed the werewolf movie - so don't look for Ms. Ricci here. But it is a horror movie and features a lot more blood than that movie does. The film starts with two schoolgirls going to meet some people, but one of them wants to go shopping for some candy at a convenience store. The other schoolgirl literally freezes outside the store and starts freaking out, walking backwards until “that” Final Destination moment happens (with a bit more blood being sprayed, I might also add). The film then centres on the convenience store, where we meet Nori (Saato) the new part-time employee, the two rather weird bosses, whom keep watching the security camera TV in the back of the store and Ryoko, the representative of a large corporation who wants to buy the store, but keeps uncovering odd things, such as noodles that have been expired for 3 years, amongst other things. Even more terrifying than the two bosses, is the staff uniform that makes Homebase corduroy dungarees look fashionable. Some of the patrons are incredibly odd - such as the anorak wearing magazine reader (although he'd look at home in Essex). Soon enough, we see dead people in mirror, birds splattering into the shop and other bizarre events either occurring at the store, or to people who have visited it - such as their shopping adding up to 999 Yen (666 upside down - hmmm). As is soon apparent, these people who buy from the store don't always live to enjoy their purchases. Obviously Nori and Ryoko are picking up the vibe of the stores and eventually find out why these things are happening and try to deal with it, in some manner.Well, let's get the obvious part out the way first. Yes there's a girl with long black hair, who is also a ghost/spirit just like several other movies. No it's not a problem, because they aren't the central protagonist. I hate it when everyone sees the “girl with black hair” and then complains about it, as they've seen it in Ju-On, The Ring, Dark Water and so on. Let's be frank - what's the difference between that in Asian cinema and a serial killer on a killing spree in Hollywood movies? None, so anyone with a hang-up should get over it. Is this a scary movie? Well, no but it's sort of unsettling like Ju-On was, but then I didn't think they (Hollywood remake or Original) were scary either and most people did, so you may well find this scary. In terms of story, it holds together reasonably well, with a linear storyline, unlike Ju-On, but it does have the “here's a character, oh look they've died” type scenario. Anyway, it does have a few nicely done scenes, the atmosphere is unsettling and the lead character is kind of cute too. The killings, are quite innovative compared to Hollywood fare and don't always go how you think they will. I will admit to laughing seriously at one point in the movie - which arguably only someone in England would get - at one point, several characters are all being set up for a kill (apparently) and just as the first dies, music is played. Nothing funny right? Well, the music is a classical piece and is the same piece they used for the Hamlet adverts - which made me laugh because I had mental imagery of the corpse sitting there, lighting one up, as it all had apparently gone quite wrong (a la the advert). Ok maybe no-one else would see it as funny, but perhaps I've got a sicker sense of humour. Well I did quite enjoy the movie, even though there wasn't a resolution at the end (so we get the idea that a sequel could happen), but I didn't see the end coming - not that it was anything clever, just didn't dawn on me at the time.

Fun movie, but not scary -like I said, if Ju-On scared you, you may find this scary too.