Turns out there is such a thing as a free meal 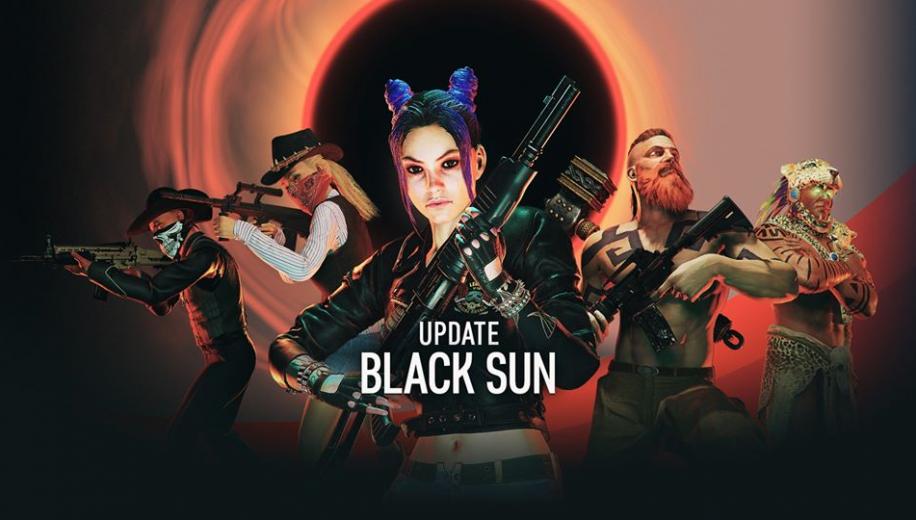 We've heard some crazy origin stories for games in our time, but 'April Fools gag' really takes the cake. Yet that's exactly how Cuisine Royale first came to be – the team behind the impressive-looking WWII shooter Enlisted dropped a tongue-in-cheek, one-day-only battle royale taster platter on April 1st 2018 and it proved such a hit that here we are, with standalone versions of the quirky deathmatch game available on most major platforms. As both title and origin might suggest, Cuisine Royale isn't afraid to get a little wacky. That would certainly get old pretty fast if the game were to go overboard with the kookiness, but the way this stuff is juxtaposed against the realistic and the traditional makes it a source of constant amusement.

You could, for instance, find yourself in serious soldier mode one moment, staring down the iron sights of an M1 Garand on the picturesque Normandy map in first person mode , only to flick back out to the third-person view and remember that you're wearing a colander as a helmet, sporting a fetching pair of heart boxers, and have no other armour save for the frying pan that is covering your behind. It's very strange, but this bubbling hotpot of different flavours affords Cuisine Royale a quirky and original taste all of its own.

As of the latest update, we now have content parity across PC and console versions of the game, not to mention all the new features and fixes that have come along in the meantime. Cuisine Royale has had amazing support for something that started life as a one-day joke, and if the team continues to spice things up as it has been doing so far, it's only going to keep on getting better.

Cuisine Royale isn't afraid to get a little wacky

Cuisine Royale's core structure will be familiar to anyone with experience in Fortnite, PUBG, Apex Legends, and the rest – grab what you can and take down all comers to be the last player(s) standing.

One key difference here is the lack of an 'insertion' phase – the game simply assigns random starting locations when a match begins, typically meaning that everyone gets a chance to gear up before their first encounter. While this can make for some slow starts, the pace quickly picks up. Kill times are pretty fast even by genre standards (thanks to an array of realistic historical weapons) so even the best laid plans can be quashed in the blink of an eye, although you can be back in another game before you've even finished cursing the name of the sniper that popped your head, so it's not all bad.

Also noteworthy is the game's ingenious approach to levelling the playing field between first-person and third-person players. As a trade-off for having a wider field of vision, using the third-person viewpoint spawns a 'camera minion' to follow you around, which can sometimes give your location away. It really encourages active switching between both camera angles depending on the situation, plus the first-person view means you don't have to look at some of the more awkward character animations and interactions, so that's a bonus. The title of the most recent update, Black Sun, alludes to something we haven't mentioned yet – rituals. These curious special abilities use the souls of defeated opponents to invoke game-changing effects that come in all manner of flavours. Some take the form of buffs such as health or stamina regeneration, others work as traps that can be placed to cripple or disorient assailants, while the most potent create map-wide effects like flooding the entire play area, raising an undead army to feast on anyone who gets in their way, or even plunging a match into darkness by blocking out the sun.

More powerful spells come with steeper costs to keep them from being exploited, although even just getting your hands on them will take time and effort. Each must be unlocked individually via the somewhat unwieldy Workshop spiderweb so expect to either grind or bust out your wallet if you want access to the best ones.

The same goes for characters, as each has their own unique ability and only the first two are available off the bat. It's not that their powers are weak – Annie's heightened senses can make it much easier for new players to pick out hidden enemies, while Clyde's beast transformation confers both mobility and melee strength and lets you straight-up win most close-range 1v1 showdowns – rather that some of the unlockable ones are just that much stronger.

Valentine in particular can use her multiple teleports to deadly effect (especially in teams running more than one of her), while Erik and Itz both have crazy strong 'get off me!' buttons at their disposal. Unlocking them via gameplay is a drawn-out affair, requiring a solid six weeks' worth of daily challenge completions, but the pricing isn't especially vulgar and each character costs less than your average Fortnite skin to purchase outright, with additional discounts based on challenge progress.

One key difference here is the lack of an 'insertion' phase

Between it being both a free game and a 'joke' game, hopes wouldn't usually be too high for Cuisine Royale to deliver too much on the tech front. From a graphical standpoint, though, we came away pleasantly surprised. Environments and effects look great, but it's fair to say that this is offset by some glitchy interactions and animations, as well as a UI that is pretty cumbersome and clearly hasn't been translated from PC to console particularly elegantly.

Audio is a crucial element in games such as this, and it's another area that needs work. Common nuances like amplifying enemy movement sounds while dampening allied audio don't seem to be in place here, and while positional sound does work well enough, it's all too easy for the racket caused by your own stomping to disguise the telltale audio cues that would foretell an enemy attack. There's also a distinct lack of polish that sullies everything from the front end to general gameplay, manifesting in the form of clunky menus, dodgy collision, odd animations and more. PUBG – the game that the original April Fools demo was most likely lampooning – is not much better in any of these regards, but Fortnite has set the bar pretty high in terms of presentation and slickness, making it a battle royale benchmark that is hard to beat. It never stops Cuisine from being fun, it must be said, but it still can't help but put a bit of a downer on things and constantly highlight areas where there is room for improvement.

Hopefully the team will continue to tighten things up here, and we're sure that all progress made will go towards making Enlisted feel like a properly professional product when that finally launches. That was, after all, the reason this game was cooked up in the first place – as a light-hearted tech demo for a more serious project – but the fact that it has grown into so much more speaks volumes of its developer's ability to innovate and entertain in a crowded sector.

From a graphical standpoint, we came away pleasantly surprised Compliments To The Chef

Quirky, creative, wild, and flavourful, Cuisine Royale is way more entertaining than it has any right to be. While it may lack polish, the fact that it has gone from throwaway joke to popular competitor to some of the biggest games out there in just 24 months is truly remarkable and respectable – not a word you'd usually associate with a game that lets you wear a pan on your ass, yet there it is. Fight through the awkward bits and there's a lot of fun to be had here, with even more to come as future updates take the experience to even stranger places. And hey, it's free, so what have you got to lose by giving it a try for yourself?