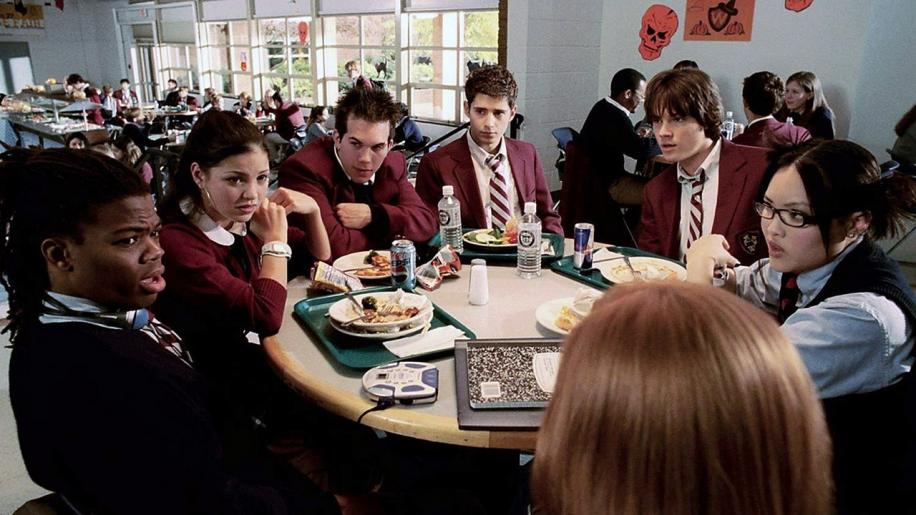 Cry_Wolf is the latest in the long line of supposedly cool, teen, self-referential slash em-up's that are meant to offer something new to this increasingly jaded genre. On reading the back cover of this DVD and seeing only quotes from girly publications HEAT and Cosmogirl, stating “Edge of the seat excitement” and “Ingenious” alarm bells immediately go off. However, on with the plot.

The premise of Cry_Wolf sees Owen (Brit actor Julian Morris) pitch up at Westlake Prep, the latest in his long line of educational establishments and perhaps his last chance, after having been expelled from his previous schools. Only his fathers (an underused Gary Cole) string pulling has got him in. He runs into the school hottie, the delectable Dodger (Lindy Booth) who introduces him to her friends as they play a game called Cry Wolf. This game involves one player being tagged the “wolf” and the others are the “sheep”, who are attempting to guess who the wolf is through lies and deceit. However, Owen and Dodger decide to take the game to the next level, using the brutal slaying of a local girl as the platform to their scheme. They concoct an email to send to the whole school, with a fake description of the killer and how he likes to dispose of his victims. When their friends start disappearing however, they suspect the killer is now playing a game with them, and the tables have turned.

To be fair this is quite a cool premise, a hoax email turning into reality, but the director Jeff Wadlow unfortunately does very little new or original with this initial concept. We have seen this all before in “Scream” and to a lesser attempt in “Urban Legends” and they both do it better than Cry_Wolf. It's sad to see interesting ideas let down by lazy filmmakers who are happy to fall back on slasher film clichés.

The laziness is compounded when you actually realise they had a pretty competent cast and some of the scares are well constructed. Ultimately though, you have seen this type of movie so many times before, you'll guess the next line of dialogue or upcoming plot twist. Another let down is the actual tame levels of sex, violence and gore on offer. Make no mistake this is slasher movie lite! Usually if the acting or ideas in these movies are not up to par, one could always rely on some exploitative sex and violence, but there is very little on show. When deaths do come along, it all seems to happen too fast and the ending is resolved far too neatly.

Performance wise, Lindy Booth as Dodger is the real standout and always commands your attention when onscreen. Julian Morris as Owen seems miscast and seems unconvincing. Jon Bon Jovi as their teacher Mr. Walker and Gary Cole as Owen's father are both good and lend some much needed support to the proceedings.

So not bad, but not very good either. If you're stuck for a rental on a Friday night, then give it a whirl, but save your money for more worthwhile purchases.