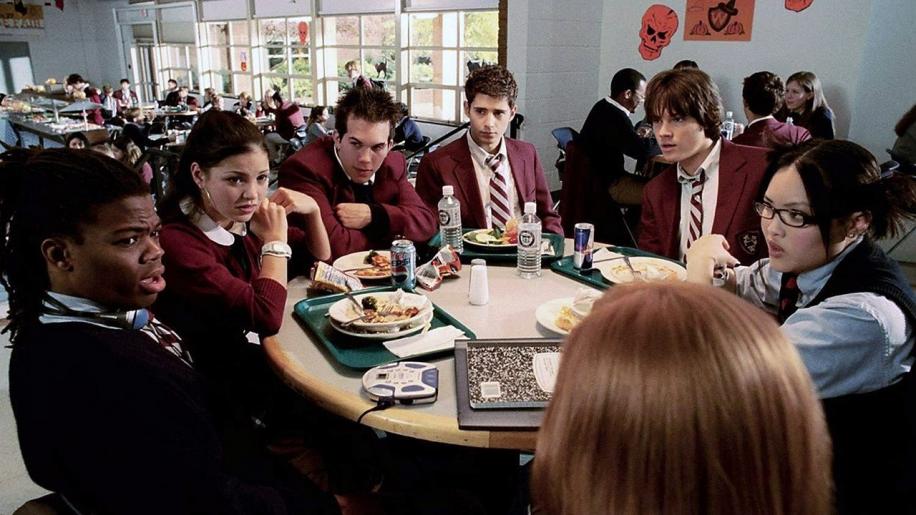 A pretty strong anamorphic 2.35:1 image is on show here and on the whole it does not disappoint but without ever being amazing. It's clean and bright and the autumn colours of the trees around the school especially delight. It's not overly full of detail, but the colour reproduction is good throughout and as you might imagine from a recent release there is no print damage or artefacts. Solid, if not spectacular. Again like the picture quality the Dolby Digital 5.1 track is fine and does come to life for the jumps and scares. Surrounds are not overly put to the test and the sub seems underused, but on the whole it's a soundtrack that complements the film nicely. Dialogue is good, crisp and clear and the separation between speech and music is fine. A 2.0 track is available as well, but surprisingly there are no subtitles. As seems to be the norm nowadays, unspectacular films are getting stellar extras and Cry_Wolf is no exception. We begin with some alternate and deleted scenes (13:01) followed by an alternate scene (5:46). Next is “Casting the Roles” (14:01) which is pretty interesting and is followed by the “Behind the Scenes” (12:33) featurette which is worth a watch and is not just your normal Hollywood EPK job. All featurette's come with an optional commentary by the filmmakers. A couple of the filmmakers shorts are also included, “Tower of Babble” (22:00) and “Manual Labor” (5:42). "Tower of Babble" is a tale of three sets of people whose lives intertwine and despite its brevity weaves an interesting story that reveals that director Jeff Wadlow has some real talent tucked away. "Manual Labor" is perhaps less polished but it won Wadlow the Chrysler Million Dollar Film Festival and allowed him to make Cry_Wolf. The extras are rounded off with the theatrical trailer and the filmmaker's commentary which is an interesting listen. They are without doubt very enthusiastic and had a great time making the movie. Hopefully their next project will fare a little better and showcase their talents more. There are also some trailers for other Optimum releases; Dead Mans Shoes, Wolf Creek and Switchblade Romance. Overall a mixed bag, an average film but a good DVD. The filmmakers are to be commended for their first foray into the feature film world, but I hope they pick a better project next time as they definitely have talent as the short films would suggest. One to rent.