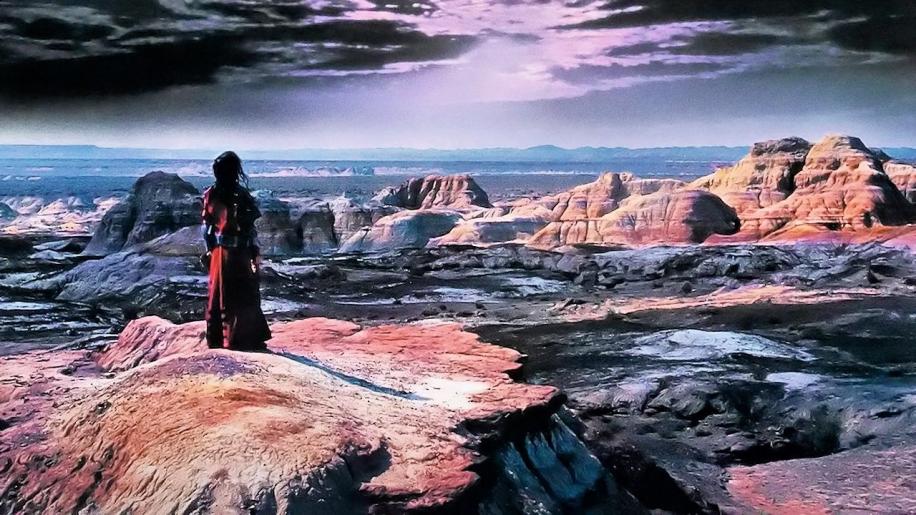 If you haven't yet seen this fabulous film, now is your chance to see what all the hype is about.
Crouching Tiger, Hidden Dragon is made up of several intertwined subplots seamlessly wound into a spectacular whole. The action is provided by the story of the Green Destiny. After a period of meditation following the murder of his master, legendary fighter Li Mu Bai (Yun-fat) decides to give up his warrior ways and so donates his famed sword, the Green Destiny, to his friend Sir Te. The sword is stolen by rebellious ambassador's daughter, Jen (Zhang). Yu Shu Lien (Yeoh), herself a legendary fighter and Mu Bai's dearest friend, joins forces with Mu Bai to recover the sword.
Two love stories complete the picture: Mu Bai and Shu Lien share a deep love for one another, but tradition, the lifelong pursuit of justice, and a strict code of honour prevent them from expressing their true feelings. Jen also struggles with the trappings of her station; a suitable marriage is arranged for her, but she is in love with Lo, a Mongolian nomad, someone her parents would never approve of.
Although Crouching Tiger... is famed for its unequalled fight scenes and breathtaking cinematography, it is actually the wuxia pian (martial chivalry) element which sets Crouching Tiger... so far above other martial arts films. Then again, it could be argued that it is the fight scenes which set it above other romance films... Either way, Crouching Tiger, Hidden Dragon is a must-see movie.