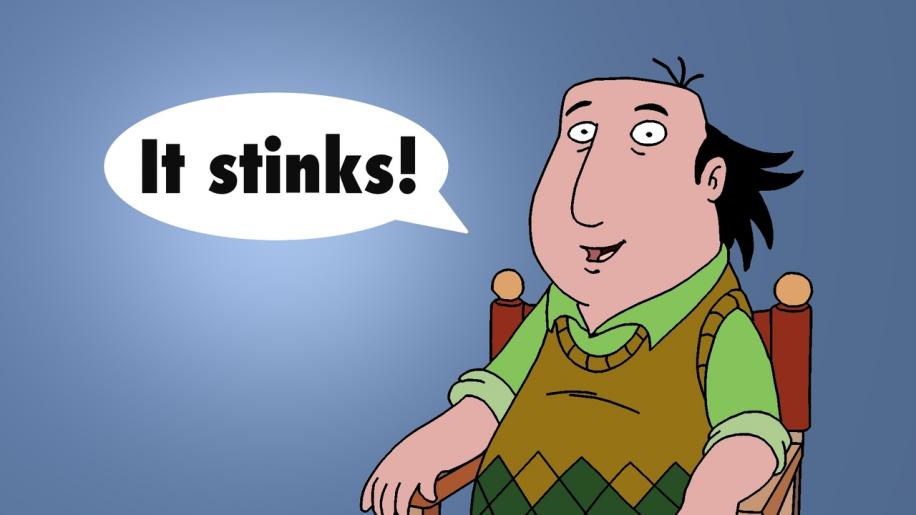 Having never seen the original TV presentation, I have nothing to reference this presentation to - but I'd guess this is about as good as this kind of material (of this age) could look.

The picture is in the original broadcast ratio of 1.33:1.

The colours are strong, blacks are reasonable, and grain is minimal, however, the image is slightly soft. This is a very basic DD 2.0 English only soundtrack. It's okay - no more. Being a dialogue driven show, this isn't really a problem. These episodes sound exactly as they should.

Please note, although there are no other language options you'd expect some subtitles - well, there aren't. Firstly, we have commentaries on the episodes. The participants vary from episode to episode, but are mainly the production team, rather than the voice talent. These are generally good natured and informative. These guys obviously have great affection for the program.

For the episode called A Pig And His Dog, we have a branching option available, which basically flashes a reel of film on the screen at certain points - press “enter” on your remote to be taken to a split screen with a voice over, showing a storyboard comparison of the scene you were watching.

Next up are Trailer Parodies, which is a collection of clips from various episodes showing the rather more creative lampoons of movies.

The main documentary is called Creating The Critic, and lasts for about 10 minutes - but it is packed with information. It does a pretty good job showing you what went into the program, and how it was created.

10 Webisdes are also included. This special feature lasts 35 minutes and is a compilation of the internet only episodes that were shown a couple of years ago. These are interesting and are well written, but they don't seem to have the same polish as the original TV version.

Also included is a feature called “Top Tens” which is a compiles of some of the best reviews that Jay gave.

Various theatrical trailers are included on the discs. A good set of an excellent program. In this case, it doesn't stink. Recommended.