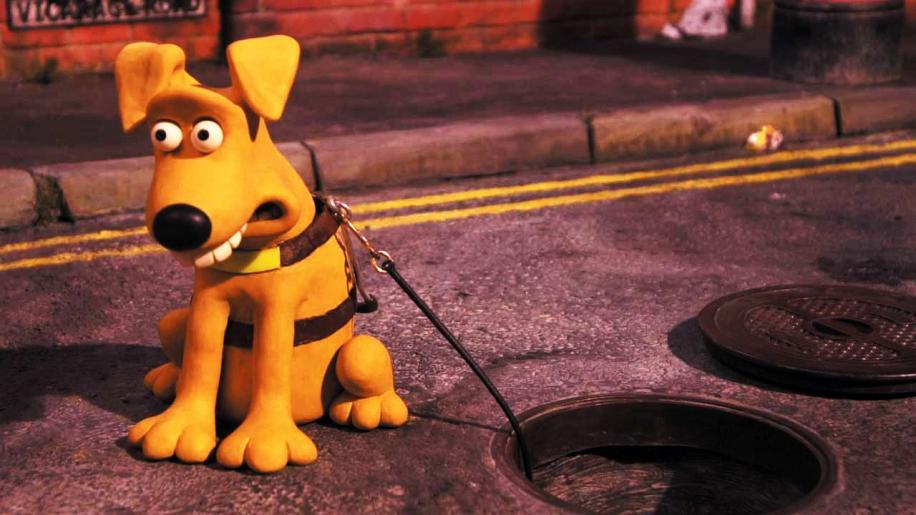 The picture for Creature Comforts is very nice indeed. Colours in the anamorphic 1.78:1 image are rich and warm, detail is quite sharp and plentiful and, best of all, the lip-curling animation on the many varied species on display is presented with a delightful relish. Blacks are satisfyingly deep, lending atmosphere and depth to a brazenly up-front assortment of larger-than-life visual scenarios. Thankfully, the discs in this set revealed no instances of digital tomfoolery with the images coming through the compression process pretty much unscathed by artefacting, smearing or pixilation. I did detect some edge enhancement but this didn't detract at all from what is clear, colourful and rewarding transfer. The 2-channel stereo mix is hardly tested in any way with a show that is predominantly dialogue driven. When the audio is really only confined to one, or two voices there is little or no scope for dynamism or steerage. However, the dialogue is always clear and bright, with the assortment of accents and dialects well presented and suffering nothing in the way of fades or drop-out. With all three discs presented in the same package for the first time, Aardman and Momentum have brought over all the extras that graced the individual releases of Series 2 parts 1 and 2, plus, of course, you now get the Christmas Special, as well.

Disc 1 houses a trailer for Wallace And Gromit - The Curse Of The Were-Rabbit and a brief series of Rehearsals for Series 2. These are quite amusing in that they show us the human performers acting out their scenes on the stage, and then we are treated to the finished article with their plasticene counterparts. It is worth mentioning that the lip-synching on these check discs is often way off when viewing the humans talking, which can be an irritation.

The Countryside Code, lasting only about a minute, is a series of words to the wise about decorum when out and about in the wilds of nature from the likes of a sheepdog, a horse and a couple of dog-muck-hating gulls.

We also get a section entitled Behind The Scenes, which boasts two featurettes. The first, Eyeballs And Fishlips - The Making Of Creature Comforts 2 (around 37 mins), and is where we actually to see what goes into producing the show - from the interviews with the public, the editing sessions that whittle down the inanity to something that can be used with the incorporation of script and character-development. To be honest, I can really see the appeal of sitting in on one these brainstorming sessions, picking out the gags that have come virtually out of nowhere and then manipulating them into a script with a group of like-minded souls who are all just up for a laugh. We even see the storyboarding process, which is obviously the birth of the characters, and hear about how the artists made a conscious decision to come up with a lot of new animals for this series. Of course, we also get to see the creation of the puppets, from the ball and socket armatures to the actual claymation entities, themselves. The feature, which is surprisingly comprehensive, is an easygoing and light fly-on-the-wall trip that meanders through all the various departments under a mildly amusing commentary from Dan Sinclair (one of the production's interviewers), see all the creators at work, witness them laughing and joking (animation studios genuinely seem to be great places to hang out, much more so than, say, a big-budget film set where DVD documentaries always reveal the atmosphere as either tense, or utterly bogus), plying their craft and clearly enjoying the whole experience. The second featurette is called The People Behind The Puppets (8.42 mins) and, as the title suggests, it is another chance to meet the illustrious souls whose un-rehearsed responses to Dan Sinclair's questions form the basis of the script. There is a nice moment at the end of this series of clips when the speakers get to a chance to reveal what kind of animal they would, or wouldn't, like to be in the show.

Disc 2 has a quotation game called Who Said That? whereupon you are tasked with finding the correct speaker to a line of dialogue. Sadly, there is nothing fancy or clever to this feature as the only reward for picking the correct answer out of three likely candidates is to see the sequence played out.

Animated Conversations is a series of candid interviews with animators whilst going about their business. Some are having problems with their various creations; others are just showing some minute movements that will be worked out with their clay characters. The odd person has to suppress or muffle a swear word as things don't quite go according to plan. Again, there is a relaxed sort of fly-on-the-wall approach adopted that makes the whole process and the people engaged in it that bit more accessible and down to earth. This feature runs for 11.43 mins.

There is also a section of wallpaper and colouring-in files for smaller people to enjoy in the Kids' Corner, which must be accessed via PC.

And finally for Disc 2, there are details for the Creature Comforts mobile phone game.

Disc 3 just houses the Christmas special and the TV ads with no extra features. Certainly enjoyable, Creature Comforts is still a collection that is more for the die-hard Aardman fans than those with only a more casual interest. Personally speaking, I'm still of the opinion that these shorts work best in very small doses, with my own enthusiasm waning considerably after only a handful of small soundbite observations. But, as I said earlier, the other two critics who viewed these discs with me, both enjoyed the show enormously and wouldn't hesitate to recommend the release to everyone.