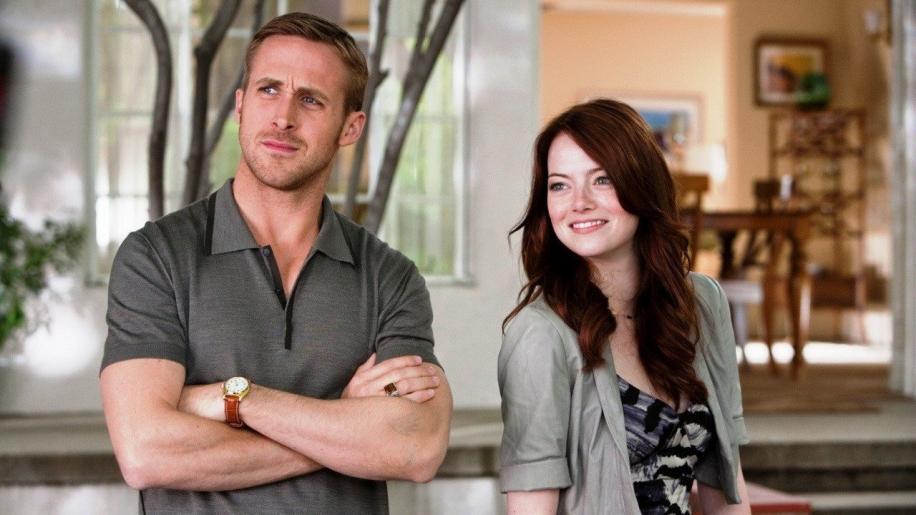 Is it possible to provide the feel-good sentiments of all the fantastical but nonetheless warming star-crossed-lover rom-coms out there, whilst also incorporating elements of brutal honesty, and painting characters that feel like real-life entities? Basically, is it possible to tell the story of The Notebook with the characters from Blue Valentine? Well the romantic comedy genre is ever evolving, and whilst we still get painfully trite and downright boring vehicles like How Do You Know, plenty of r-rated affairs, which range from the excellence of The Hangover, through the middle-ground of Bridesmaids, to the insipid regurgitation that is Hangover Part 2, and the occasional standard fare which manages to be more funny (Just Go with It) than normal (The Back-Up Plan), sometimes the best chemistry – the best romance – actually appears in the least likely places (The Adjustment Bureau, Monsters). Attempting to return the spark to the genre where it should rightly belong, to give us real-life characters, relatable situations and sparkling dialogue and warming romance, Glenn Ficara & John Requa’s Crazy, Stupid, Love shoots for the stars and, though it does not quite reach them, it certainly deserves credit for trying.

After thirty years of being together, one night, Emily turns to her husband, and the father of her children, Cal, and tells him that she wants a divorce, and that she has been having an affair with one of her co-workers. His whole world shattered, Cal leaves to drown his sorrows at a trendy wine bar, where his pathetic, self-pitying behaviour gains the attention of Jacob, one of the bar’s regulars, a rich, handsome playboy who goes home with a different girl every night. Jacob promises to turn Cal’s life around, so long as he follows Jacob’s advice. With nothing to lose, Cal agrees.

“I don't know whether to help you or euthanize you.”

All the while, Cal’s unfaithful wife, Emily, is confused as to what she now wants from life; her 13-year-old son, Robbie, is desperately in love with the babysitter, 17 year-old Jessica; Jessica herself has a mad crush on Cal; and, to further confuse things, Jacob – a relentless player – may have finally met his match: Hannah, a law student whose well-planned-out life does not involve such a womaniser, but who may just be the right person to break Jacob out of his one-night-stand way of life.

Crazy, Stupid, Love is one part standard romantic comedy, mixed with one part indie romantic comedy; it attempts to provide the laughs, feel-good factor and shallow quick fix of the former, whilst establishing the well-developed characters and substance of the latter. To a certain extent, it works very well, even if it takes a little time to get going.

The first half of the fairly substantial 2-hour runtime is devoted to exploring Cal’s plummet into alcohol-soaked depression; his silly behaviour; his encounter with Jacob; Jacob’s transformation of Cal into a suave, cool playboy; and Cal’s subsequent shenanigans. Complete with all the requisite montages and frequent attempts to provoke laughter that you would expect from a standard rom-com, it is only around the halfway point where things start to change: when Jacob meets Hannah, and Cal tries to put his family back together. Third act contrivances aside (which include a cringe-worthy final speech about ‘soul-mates’), this second half is a much deeper, better constructed affair. That it almost comes too late into the proceedings is of little concern – the fact is that it doesn’t come too late, and that it is a pleasant surprise which helps hold your interest, and wins you over with its unusually frank and honest depiction of a whole selection of characters, across age groups, who are in assorted romantic situations that are extremely easy to relate to.

“I'm wildly unhappy, and I'm trying to buy it, and it's not working.”

Steve Carrell is obviously extremely comfortable doing outright comedy – the seasoned ex-lead from the US Office TV show, he has done myriad comedies over the years; but it’s easy to forget that he has also done some genuinely good romantic comedy dramas as well, which incorporate his humour and antics into a more substantial, touching affair that doesn’t just skim the surface as per most standard rom-coms. Dan in Real Life was refreshingly honest in this respect, a Carrell vehicle that had his somewhat tragic character fall for his brother’s new girlfriend. Crazy, Stupid, Love is a perfect companion-piece to that kind of rom-com, offering more than your standard fare, whilst not breaking through into outright indie territory (even if the soundtrack would attempt to convince you otherwise), and Carrell is, at least these days, much better suited to projects like this than to just outright shallow silliness (Date Night).

Partnering him up with Ryan Gosling was also a very clever manoeuvre, particularly since Gosling’s star is most definitely on the rise. In the year where he has given us a dramatic turn in the political thriller The Ides of March, as well as a superior anti-hero performance in the movie-of-the-year, Drive, he’s completed his three-pronged assault on Hollywood with this movie, showcasing his romantic comedy chops with aplomb. Sure, his playboy Jacob may be really quite shallow, arrogant and cheesy for the first half of Crazy, Stupid, Love, but the unusual thing about the movie is that it twists his character really quite effectively, without resorting to just giving him an unrealistic character overhaul. His Jacob is still smooth and charming come the end of the movie, but his encounter with Hannah has given him a different priority in life, and he knows that there is no longer any future in just shallow one night stands – that his future could be so much brighter with her in his life. Gosling skilfully treads the line between irritating pomposity (some of his early chat-up lines are just terrible – although you can see how some people may be totally swept up by his looks and money) and effortlessly, endearing charisma, and whilst this film is not his baby, it’s was nonetheless an excellent choice to complete his triptych of films this year. Just as Clooney did when he first broke into Hollywood, I can see Gosling’s successful shotgun assault guaranteeing him a great future.

“The war between the sexes is over. We won the second women started doing pole dancing for exercise.”

Supporting the two main players we have assorted familiar faces: from Julianne Moore (The Big Lebowski), suitably strong-but-confused as the unfaithful wife, to Kevin Bacon (X-Men: First Class), suitably unlikeable as her would-be suitor; from the still-a-girl-but-almost-a-woman babysitter, played by Analeigh Tipton (The Green Hornet), to the madly-in-love 13 year-old son, who young actor Jonah Bobo brings to life with so much true-to-life authenticity that you can’t help but think that he may be the only one in this whole sorry affair who has a clue. Marisa Tomei (The Wrestler) has an extended cameo as one of Cal’s new conquests, and Emma Stone (Superbad) gets neglected until the second act, where she comes into her own as the charming, somewhat wacky Hannah, the girl to win Jacob’s previously-womanising heart. Stone’s an unconventionally pretty actress, with more than a hint of Christina Ricci in her wide-eyed looks, and it’s interesting to see her star similarly on the rise, with her upcoming romantic interest role in the Amazing(ly unnecessary) Spiderman reboot an opportunity that could see her catapulted into A-list stardom.

Although it may not have the requisite laugh-out-loud moments to catapult this into an all-time comedy classic, nor the sincere plucking-at-the-heartstrings that would give is a similar ranking in the romance field, Crazy, Stupid, Love does still manage to just about break free of its rom-com genre defines to become one of those rare(r) pieces which follows the well-trodden formula but in a surprisingly unusual way. Juggling clichéd genre tropes in a distinctly self-aware fashion, it ticks all the boxes of a standard rom-com, yet does so in an unexpectedly refreshing way – by the end of it all you’ll have explored infidelity, loneliness, womanising, desperation, marital feuds, relationship faux-pas, family disputes, jealousy, heartbreak, and dangerous teenage infatuation, without ever losing sight of the underlying theme of star-crossed lovers and heartfelt romance. Hell, there’s even an interesting twist thrown into the mix – one which you’re genuinely unlikely to guess – how often does that happen in this particular genre? The kind of fun but honest romantic comedy drama that you will likely revisit numerous times, this one comes recommended.

“Let's talk about how many women you've been with.”
“Sexually?”
“Yeah... No, I mean break-dance fighting.”