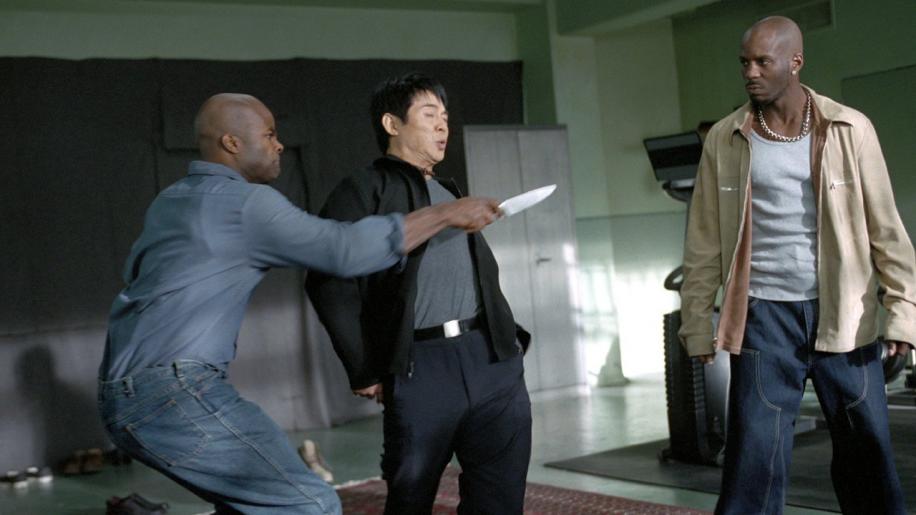 From director Andrzej Bartkowiak (Romeo Must Die and Exit Wounds) comes this latest actioner starring rapper DMX and Jet Li. Bartkowiak's previous form doesn't bode well for Cradle, with both of his previous efforts falling into the “Poor Actioner” category, and with the foresaid actors heading up the movie, things aren't looking much better. So is Cradle 2 The Grave as bad as it appears on paper?

Tony Fait (DMX) heads up a gang of thieves, and after staging a successful robbery of precious jewels from a vault - including some mysterious black diamonds - finds himself out on a limb after his daughter is kidnapped, the ransom being the black diamonds. Enter Jet Li as a Taiwanese Intelligence Officer, and the two form an unlikely partnership in tracking down DMX's daughter and safeguarding the diamonds, which surprise surpise, turn out to be something entirely different.

Cradle 2 The Grave offers us nothing new. Jet Li plays himself, showing little more than the ability to kick and punch, although DMX is surprisingly watchable, if a little cardboard. The script is basic and the action average, and the whole movie has that “been here, seen that” feeling which is difficult to ignore. Complete with obligatory wirework fight routines (am I the only one who thinks Jet Li only shines when he's working without the wires?), contrived setpieces - witness the pointless cage fighting sequence and the ludicrous inclusion of a tank somewhere in the plot - and final showdown that's unfortunately rather boring, we have something less than inspiring. Add into this mix a bizarre plot twist which has the movie taking on a Science Fiction tone - and yes it's as bad as it sounds - and we have a highly average actioner.

That said, however, Cradle 2 The Grave isn't particularly bad, and indeed if you want an undemanding couple of hours with guns and martial arts and wooden acting, then you could watch worse movies. It does, as the saying goes, exactly what it says on the tin.