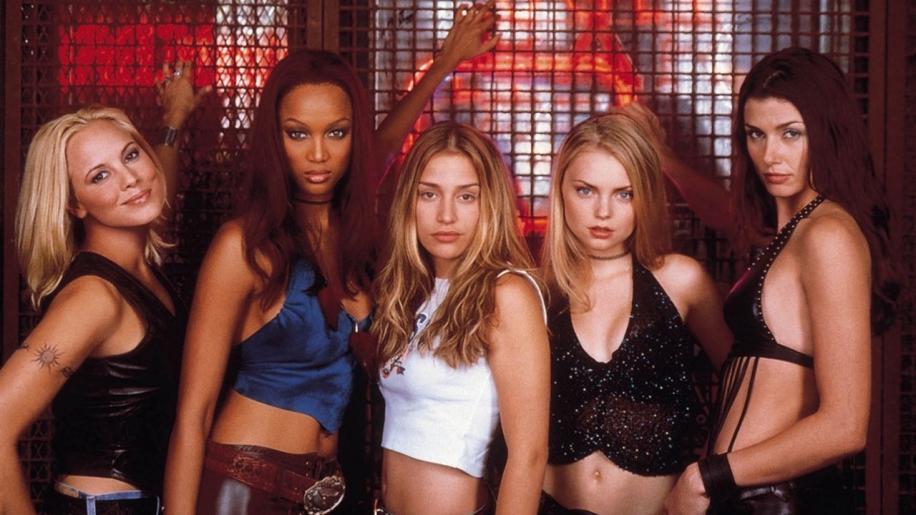 Coyote Ugly has certainly been given the deluxe treatment with a magnificently broad 2.40:1 aspect ratio anamorphically enhanced widescreen transfer. If there is one criticism, it is in the picture being almost too broad for the fairly limited content, but that does not take away from how good it looks. Never less than clear, the highly detailed image shows no signs of edge enhancement or other digital artefacts. There is no softness, no grain whatsoever with a colour palette that is broad and vividly represented and solid, deep blacks. As you would expect from such a recent movie, the transfer is also devoid of noticeable print damage - with no dust, dirt or other defects. It simply looks superb.

Coyote Ugly has also been given two fantastic audio tracks - the standard Dolby Digital 5.1 mix and the superior DTS 5.1 track. Both provide clear dialogue which exhibits some directionality but mainly emanates on the frontal array. The sound effects - largely bar orientated - also seldom break from their fronts and centre realm but are nevertheless thick enough to make you feel a part of the action. In particular the crowds are always cheering from all around. The most significant aural element is the soundtrack - which mainly consists of famous tracks that are played behind the bar - and these keep the rears active and even provide a bit of bass. It is difficult to put your finger on exactly what makes the DTS track better, but it basically has more power and depth, although both of the tracks are superb.

Coyote Ugly gets a bevy of special features, but most of them are the same as on the original release. First up we get a commentary with a whole bunch of participants - possibly the most people that I have ever come across on a commentary. The main reason for so many speakers is the fact that both of the commentary tracks on the previous release have been combined for this one. The principal contributors are the Coyotes themselves: Maria Bello, Piper Perabo, Bridget Moynahan, Tyra Banks and Izabella Miko, but we also get some very minor input from Producer Jerry Bruckheimer and Director David McNally, whose comments were recorded separately for only a few scenes and seem almost random. The Coyotes themselves are often indistinguishable - most of them exhibiting that horrible 'like, everything we like, say, like has to have like in it, like' habit but I guess you get used to that after a while. However more often than not Piper Perabo stands out, talking about her efforts to act, sing (although she was later dubbed over by LeAnn Rimes) and play both piano and guitar - something which often goes taken for granted in the movie. She also discusses how unique it was to play a role which mirrored her own unsuccessful stint in the movie industry not long before her big break in this film. They all also praise Bridget Moynahan as being the best of them at dancing - something which becomes apparent if you pay attention to her moves. All of them have plenty of anecdotes about their experiences on the film and they have interesting things to say about working in pizza parlours and bars, along with no end of praise for New York. It is a thoroughly interesting commentary, in no small part thanks to the multiple contributors - although occasionally you do feel that perhaps too many cooks are spoiling the broth. It is also shamefully the only time on the disc when you hear about the real Coyotes that the film and its characters were based on.

Next up there are three Behind the Scenes Featurettes. First up, Search for the Stars is split into three sections - The Dreamer, Coyotes and Mr. O'Donnell, with the option to play all. The Dreamer is a brief three-minute look at Piper Perabo's central character, Violet. Both Bruckheimer and the Director pop up in interview to talk about Violet, along with stars John Goodman and Piper Perabo but it is an overly fluffy featurette that does not really tell you a great deal about anything. There are a few interesting behind the scenes segments, including a moment from Perabo's screen test, but it all seems too brief and shamefully skimmed over. Coyotes runs at five minutes, which again is simply not enough time to go through all of these characters in any kind of depth (although it is arguable as to whether some of the characters have any depth). Aside from the previous contributors, we also get brief moments with each of the Coyote actresses, including Maria Bello who appears to be the only one to offer anything interesting to the proceedings. There is also a bit more behind the scenes stuff and some stills from the production, but it all seems very fluffy. The final segment is about the male lead character Kevin O'Donnell, played by Adam Garcia. Little over two minutes in length, it skimps over the part with brief interview clips from Garcia, Perabo et al. and some behind the scenes snippets.

The second featurette is entitled Inside The Songs and takes a three minute look at the songs in the movie. It has a couple of comments from LeAnn Rimes and some of the songwriters involved in the project but stops just as soon as it gets started.

The final behind the scenes featurette is Coyote 101, which is also split into three sections. First up, A Place to Get Ugly takes a two minute look at the bar location used and is basically just footage from the movie. Calling the Shots is a mere ninety seconds long but does give us an amusing gag reel of mistakes from most of the actresses whilst learning to spin the bottles. Finally, Shakin' It takes a three minute look at the dance work they did to pull off the moves in the movie. This time we do get more interesting behind the scenes rehearsal footage than clips from the movie, which is nice but still too little too late. Unfortunately it really just proves to be yet another one of several brief, fluffy segments - most of which showcase very little that we have not already seen or gleaned from the movie itself. It is a long line of somewhat worthless extra material that has disappointingly packed out this disc.

There are five deleted scenes: Violet's Goodbye, Driving with Gloria, Stolen Goods, Lil's Lesson and Gloria & Violet. Totalling little over six minutes of extra footage, they are all very brief and mostly include more scenes unnecessarily developing Violet's best friend Gloria. If left in, they would have taken the movie in a slightly different direction - focussing more on Violet's home town - and only the scene with Lil is really worthy your time.

Action Overload is a sixty second montage of scenes from the movie and brief behind the scenes shots which plays like a trailer without voiceover man - whether or not that is a good thing. There is also a four-minute LeAnn Rimes music video, if you like that sort of thing. Again, it just plays like a trailer set to music. We actually do also get the real theatrical trailer, running at nearly three minutes in length it but strangely telling very little about the story itself with clips mostly from the bar scenes. Finally there are 'Sneak Peeks' trailers for the new Vin Diesel film, The Pacifier (which could do for him what Kindergarten Cop did for Arnie, i.e. not a lot), the hilarious TV series Scrubs and the Complete Second Season of Home Improvement.

Coyote Ugly is a cheesy, fluffy, syrupy-sweet movie that - in typical Bruckheimer tradition - still seems to be entertaining. With nothing particularly special to offer in the acting, story or script departments I can only assume that it wins purely because of eye-candy appeal and feel-good simplicity. This release similarly looks and sounds fantastic, but has a wealth of worthless extras on board, the only exception being an interestingly over-populated commentary. As for the extended cut - it is arguably worse that the theatrical cut - and there is no real reason here for owners of the original disc to double-dip. That said, whilst I personally would only advocate a rental for this movie, if you've already bought it then perhaps you like it enough to want this edition as well.