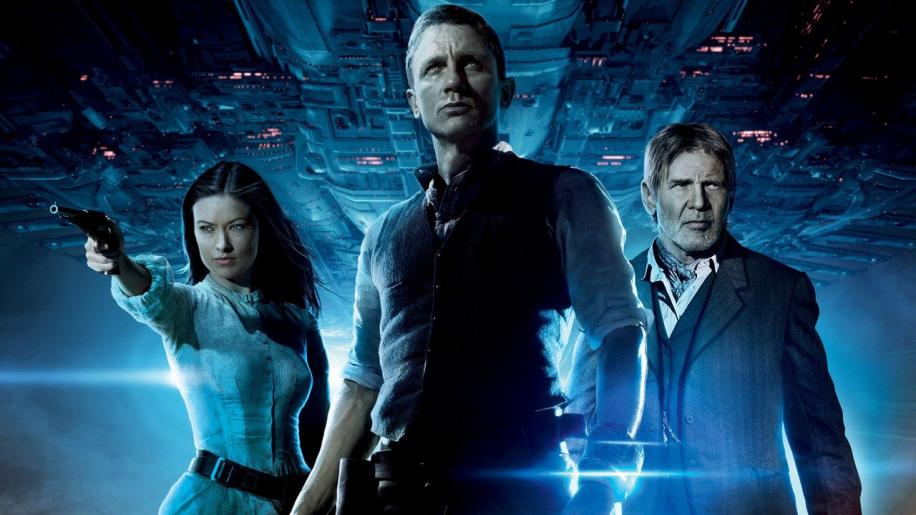 Why do all your favourite actors have to grow old? It’s a real shame – to watch them as it becomes harder and harder to do the things you know and love them for. You wonder whether they’re going to grow old gracefully or not – take roles that reflect their age, or fight all the way to the bitter end. I’d like to think that Bruce Willis still has one last Die Hard movie in him, and I’m only sorry Sean Connery won’t do something slightly more remarkable to at least bookend his career than The League of Extraordinary Gentleman (like cameo in Indy 5 – I’m sure the writers could drum up something to fudge his not being dead after all). Still, at least he went out head-butting (literally), it’s just a shame League wasn’t as good as it could have been.

Harrison Ford? Well I know he’s not De Niro or Pacino (not that they are faring any better), but he's never tried to be; and I've enjoyed almost every single film he has been in, and loved a fair few too. And I just never wanted Indy to get old. Thankfully, though, he appears to still have some spark left in him – he certainly wasn’t the weakest link in Indy 4, on the contrary he was one of the best things about it the alien-infected fourth instalment – and I really hope he keeps going for a few more years. His latest role? Well it involves cowboys and aliens. And for a guy who hasn’t really ever dipped into the Western genre and who, despite having done a couple of sci-fi movies fairly early on in his career (ever heard of Blade Runner?), has never dealt with aliens before (sorry, technically, Star Wars doesn’t count), you might wonder why he agreed to this in his twilight years...well I think the answer comes in the fact that the film is backed by a certain Mr. Spielberg. So, with its success or failure a potential determining factor in whether or not we get another Indy film anytime soon, the question is: was it any good, or was it just another in the long list of this year’s failed Summer Blockbusters?

It’s 1873 and a man awakes in the desert and finds himself unarmed and wounded; sporting a shackle-like bracelet on one wrist – a strange chunk of metal the likes of which he has never encountered before. Wandering into the town of Absolution, he soon becomes the talk of the town by standing up to Percy Dolarhyde, the sadistic son of a local cattle baron. The trouble is that he can’t remember his own name, nor what happened to him to land him, wounded, in the middle of the Arizona outback. His actions drawing unwanted attention, he is soon recognised by both the local Sheriff and the aforementioned cattle baron, Colonel Woodrow Dolarhyde, but, before things can get out of hand, the whole town notice some strange blue lights in the sky...they look faraway, in the distant horizon, but they also appear to be getting closer...

I don’t really know what people were expecting when they went to see this film, but it’s clear that many were savagely disappointed. It’s just a generic cowboy film, for the first act – reminiscent of a half a dozen Clint Eastwood Westerns (most obviously, in characterisation, For a Few Dollars More and The Good, The Bad and The Ugly) – which then morphs into an alien invasion movie in the vein of Independence Day or, more recently, Battle: LA. Some apparently wish that they had played the whole movie out as a straight Western, sans aliens. But I don’t think that would have worked – the initial setup was far too generic and there was just nothing exceptional; the only thing that would have been unusual is the Blockbuster budget (and possibly the A-list stars). Others thought it was too silly and unintentionally funny; or, conversely, not funny enough.

Personally, I found it to be neither a tongue in cheek parody, nor taking itself far too seriously. There's just enough humour to make you chuckle occasionally, but never so much as to take you out of the film. It doesn’t seek to skilfully blend genres and create an unusual and tasty new dish either – as films like Brotherhood of the Wolf and, more recently, Hanna, have accomplished. No, it plays it safe, and just about makes that work for it. Falling on the right side of vapid frivolity, it offers fun, adventure, and Big Screen effects; along with a bunch of very watchable actors neither stretching their skills nor wholly selling out. The characters could do with more development; the story is pretty thin, and devolves into utter chaos; and the action goes down largely the same route. But it is fun enough to keep you entertained for the duration. It’s a fairly unusual idea, with a nice ‘what the hell is going on?’ premise, and, whilst it does not capitalise on this and go on to great heights, it couldn’t really be seen to wholly disappoint: this is a film about cowboys and aliens, after all. What more would you expect?

On the cowboy front, the movie benefits greatly from the presence of both Daniel Craig and Harrison Ford. Craig’s still looking and acting tough-as-nails (although you’d be forgiven for feeling like they had just dropped Bond into a time-machine, such is his gritty, embittered, revenge-soaked demeanour throughout), and certainly delivers on the action front – again, several scenes look they could easily have been in a Wild West Bond film. Unarmed and confronted by an overwhelming number of men with guns? No problem, assess the situation, then take them all out one by one in a well-choreographed and stylish ‘I never miss’ way. Bond, through and through. Harrison Ford is clearly getting old, but his recent roles appear to accommodate for this, and it works. Here he attempts to play quite a mean old cattle baron; rich and wealth and using his power to strictly control the townsfolk. Although not entirely convincing – they try and have you wondering whether it is a What Lies Beneath? Harrison that we are dealing with here, but you’re never really fooled. His commitment to the action is also pretty commendable – he has always talked about wanting to do as many of his stunts as possible, and this is no exception. I certainly think he has got another Indy in him, as long as everybody else can get moving on it.

Supporting them we have a number of familiar faces, including Sam Rockwell (Iron Man 2), who tries his best to resist just being himself, but often (thankfully, and hilariously) fails; Paul Dano (There Will Be Blood), Clancy Brown (Carnivale), Walton Goggins (The Shield, Justified) and Keith Carradine (Deadwood) in extended cameos; and the strikingly beautiful Olivia Wilde (House, Tron: Legacy), as the tough heroine of the piece, in a role that is oddly reminiscent of Tron actually. Unfortunately, on the alien front, the rather odd creatures are truly underdeveloped: neither particularly original, nor in the least bit scary, they just make for particularly tough opponents, and their motivations, skills or technology largely goes unaddressed. Sure, they may be able to blow up whole towns with plasma bombs, but somehow a couple of dozen well-organised gunslingers are able to take a stand against them. (Don't even get me started on the ridiculous 'flying' scene which you may have seen in the trailer)

Watch out from some suitably stunning vistas though: Director Jon Favreau may not have crafted a classic in any way, shape, or form – but he knows how to make glossy, often beautiful-looking Blockbusters (the Iron Man films are certainly that) which incorporate some great, wide shots. The action is very disjointed, and starts to become somewhat incoherent towards the end, but it’s good enough for this particular movie; with a couple of moments standing out as particularly well executed – the aforementioned Craig scenes amidst the best (and at least we don’t have to tolerate the Michael Bay approach to Blockbuster action, namely: one-cut-per-second editing).

At the end of the day, Cowboys & Aliens does not break any boundaries; nor does it appear to want to. It’s not bad, by any means. It’s alright. Better than ‘average’, a far cry off ‘very good’, sitting somewhere between ‘quite good’ and ‘good’. I’ve seen two other movies at the cinema this year which I also scored the same: The Adjustment Bureau and Limitless – and similarly these films have interesting premises which aren’t carried to their full potential. But, oddly, with Cowboys & Aliens I wasn’t as disappointed – this was basically what I expected: Daniel Craig kicking ass between Bonds; Harrison Ford proving he’s still got it; Olivia Wilde drawing attention whenever she’s in-scene; and Jon Favreau playing it safe throughout – safe aliens, safe violence, and a safe story – with enough throwaway action to keep you entertained in between. Perfectly enjoyable but ultimately forgettable – and still a notch above the majority of this year’s lacklustre summer Blockbusters!

I don't really know why everybody was so disappointed with this film. It may not have broken any boundaries, provided audiences with powerhouse performances or breathtaking action, but it's called Cowboys & Aliens, so what did you expect? It was clear to me right from the outset that this was going to be a fun, frivolous, entertaining, often action-packed, but almost certainly throwaway bit of pure escapism; a good excuse to see Daniel Craig and Harrison Ford busting heads between Bond and Indy films, respectively. And that's exactly what we get: nothing more but also nothing less. It's got an intriguing premise even if it is largely squandered in delivery; it has some quality actors in it, even if they are seldom pushed very hard; and it is never boring, despite often being predictable. Director Jon Favreau has probably hit a bit of a plateau after this and Iron Man 2 - on the one side it's solid, consistent filmmaking; on the other hand, it's not in the least bit remarkable, nor particularly memorable - but at least he is still making enjoyable, fun movies, rather than Michael Bay dross. After all, Cowboys & Aliens is a perfectly enteraining summer Blockbuster, and, I guess, we should actually be grateful for that, especially considering the fact it's swimming in a sea of pretty lacklustre efforts. You certainly won't be blown away by the experience, but, with the right expectations, I doubt you would be disappointed by checking this out at the flicks.