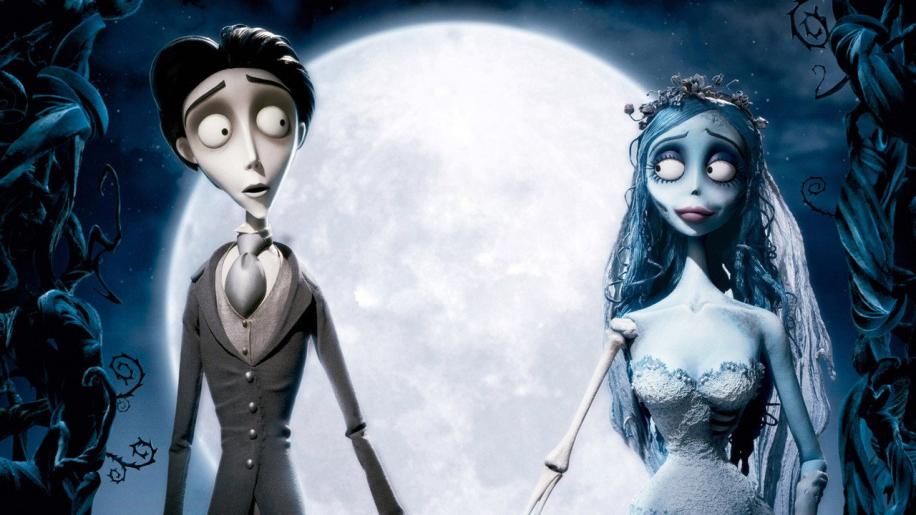 This is, unsurprisingly, a superb transfer. Apparently a completely digital transfer, the colours on this are drab and dark for the real world and bright and vivid for the land of the dead. I didn't notice any haloing or artefacts and I shouldn't really have either, being that this is such a recent film. There's obviously no dirt or dust marks on the transfer, as stated due to it being a digital transfer. Detail levels are good throughout; you can see all the little textures and subtle nuances present. There are a few times that I found the picture a little soft, but I'm not sure if that was intentional or not. If I had to guess, I'd believe it wasn't. But, hey, I'm nitpicking - this looks superb. With a Dolby 5.1 soundtrack, this isn't exactly reference stuff, but it is good and functional. Dialogue is clean and clear with all voices easily understood, even when the musical numbers start, to the town-crier shouting the headline of the day, then talking softly for the weather report, it is never anything less than easily heard. Music soars from the rears during the musical numbers and is equally present as ambient sound during the rest of the movie. Some nice panning and steering is present, such as the crows flying past left and right and from front to back, although LFE is not particularly used throughout the movie. However, the soundtrack is certainly proficient and as such is perfectly fine with the material in question. Inside The Two Worlds is a 4:02 minute featurette which covers the differences between the land of the living and dead respectively, particularly on the fact that the land of the dead has move “life” than the land of the living. It's effectively spelling out what you can see on screen, although they mentioned that the living puppets were harder to make than the dead ones.Danny Elfman Interprets the Two Worlds runs for 4:56 minutes and focuses on the songs and music which features heavily in the movie. Elfman being somewhat of a veteran of Burton movies, elaborates his process for making the music and is very brief but gets the point across well.

The Animators: The Breath of Life is a 6:38 minute featurette which shows the animators behind the scene discussing the puppets, as well as discussing why using stop frame instead of CGI and so forth. It's also nice to hear the actors (Lee and Depp) showing appreciation towards the hard work in the movie. Nice to have recognition and a nice insight into the movie.

Tim Burton Dark vs. Light runs for 3:39 minutes and starts with the actors and crew gushing over Burton, although I did quite like Depp referring to Burton as more of an artist than a Director. The main point they convey, which we all know, is that Burton has a very specific style which is usually quite dark and gothic and that no-one else really has his flair, for either the style or the subject matter.Voices From The Underworld is a 5:58 minute featurette focussing on the voice talent. Burton humbly acknowledges that this is a low budget affair and the actors primarily signed on for the love of the project rather than a pay packet. It's actually quite nice to hear and see them behind the scenes, discussing the fact that they never meet the people they share scenes with and so forth and again, with a trim run time, it doesn't outstay its welcome.

Making Puppets Tick is a 6:33 minute featurette which focuses on the building and design of the actual puppets, which were initially based on Burton's rough sketches (his words). It's quite fascinating showing that the faces were mechanical puppets, which is pretty impressive when you see them being manipulated, compared to the replacement part type animation as seen before. Fascinating stuff, but again a tad short.

The Voices Behind The Voice featurette runs for 7:35 minutes and is a series of sequences from the movie, where you can see the movie on part of the screen and the actors performing their lines in the studio on the other. It's not really exciting per se, but sort of amusing to see a vest-wearing, tattooed Johnny Depp talking in Victor's voice.

The Corpse Bride:Pre-Production Galleries is a slideshow of sorts which runs for 13:27 and features the animation tests to complete sequences for the various puppets featured in the movie.

Finally we have the Music Only Track, which is clearly just the music for the film and Theatrical Trailer for the movie. Typically Burton-esque, although it isn't immediately as gripping as The Nightmare Before Christmas. However, this is wonderfully animated and if given a chance, does indeed shine. With a wonderful picture and decent soundtrack this is recommended wholeheartedly.