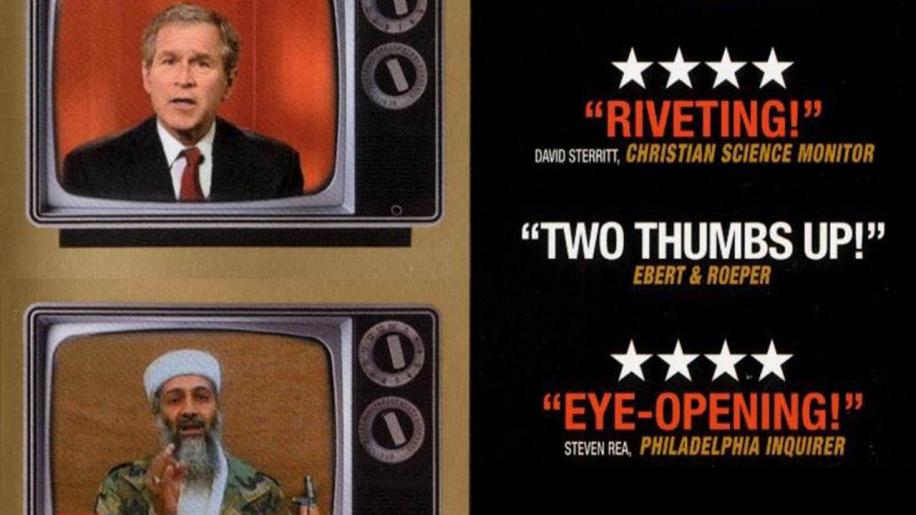 Not bad, considering the locations and “daz bright” video picture quality used in some of the excerpts. You aren't ever going to get a documentary looking as good as Master and Commander, but I think a documentary should be judged with slightly different criteria. We aren't too bothered if the camera is out of focus, or a shot is badly framed, or even if dirt is present on the film if the footage is live from the scene. I suppose that as long as the documentary looks real and doesn't obfuscate reported detail then that is okay. Control Room rarely resorts to grainy hidden cameras, blurry night vision clips or barely recognisable videophone reporting. Rather very clear and easily understood choices were made regarding the archive footage used. These pictures are just as good as those we see in News at Ten and quite often better. I suppose that a gritty feel is present throughout, even when watching the documentaries own interview material. Again, this is no worse than Michael Moor's efforts and as afar as documentaries are concerned Control Room is hard to fault. Functional, at best. Only two channel sound and due to the nature of the footage, not good two channel sound either. It is unfortunate that some of the equipment appears to be less than top of the line as even the recorded for the documentary footage doesn't seem to be as clear as it ought to be. Voices are a bit reedy, or tinny and at other time muffled. I can't really complain about the lack of LFE or rear effect placements as the wherewithal was not there to record such things. But then, as in the picture criteria, we aren't looking for false overblown sub-bass, but a real sonic account of the facts. In this respect, Control Room does an all right job. There are none and on my review copy, the subtitles did not work. Control Room raises issues that are just as applicable to politics, and news reporting, in general than solely an Arabic take on the Iraq war. Look at what happened to the BBC and why. Shades of this tragedy are reflected in Control Room quite clearly. The spin that our leaders of “democracy” constantly place upon every morsel of information we receive is the antithesis of what is allegedly the whole reason we are still in Iraq for! Rarely has a documentary invoked such internal musings. A must see.