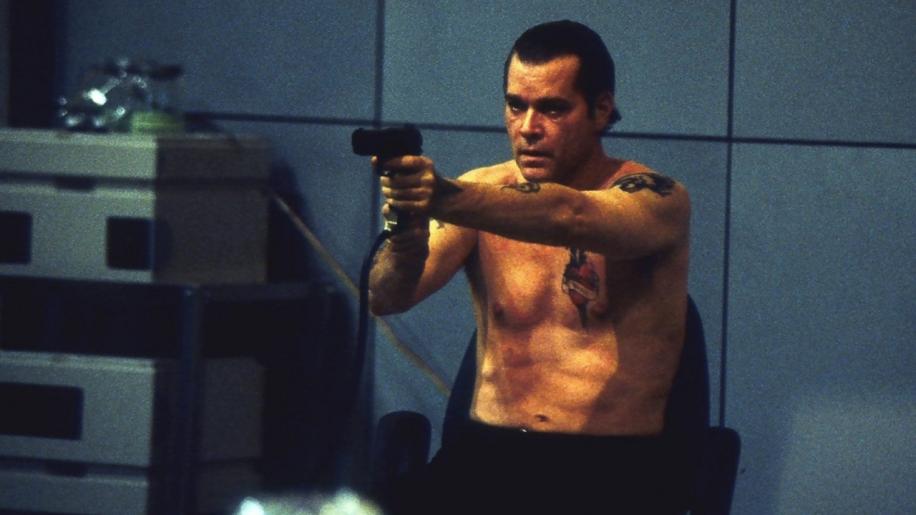 One of the more satisfying aspects of reviewing DVD's are the surprises - those discs that really shouldn't be as good as they are. Control is one such disc. Ray Liotta plays convicted murderer Lee Ray Oliver who is sentenced to death by lethal injection. Somewhat against expectation Lee finds himself alive and chained to a morgue bench rather than knocking on the door of No. 1 Satan Road. This turn of events is instigated by Dr. Michael Copeland (Willem Dafoe) who is researching a new behavioural drug which retards the aggressive impulses of the criminal mind. Needless to say, Lee is Dr Copland's test subject: Either Lee agrees to be drugged, or he dies, this time for good.

I am not saying that this premise is original, but there is enough diversity here to pique your interest. Control could easily have been a third rate Silence of the Lambs or a movie adaptation of the infamous (and actually not that bad) videogame Manhunt. Instead, Control takes a more interesting turn when, after the drug has its effect, Lee is let loose in society to fend for himself. Without his criminal sensibilities taking control, remorse over what he has done in the past takes over. It is this conflict of emotion, Lee's struggle to set things right, that make Control more than a by the numbers thriller. We want Lee to extinguish his emotional daemons, to make amends, to succeed in life. A man, striving to make his life worthwhile, giving to others in order to try and make up for past atrocities. Lee's journey comes to a juncture when he meets Teresa (Michelle Rodriguez) and a whole new personal dimension unfolds making Lee's progress thus far all the more precious.

Not that Control is perfect, mind; there are some glaring mistakes. A whole Russian gangster subplot goes nowhere, but keeps on reappearing throughout the movie, haplessly sapping any immersion you may have had. There is also an identity crisis for the movie which moves from Woodsman like introverted musings to stereotypical bull-headed car chases. Dr Copland's story is much more deserving of focus, one which appears slightly fragmented, if still worthwhile in Control. I would have preferred to drop the Russian storyline and have Copland's personal development run parallel with Lee's, giving the movie the structure I suspect it should have had. As is stands, though, Control is still a good watch, and doesn't necessarily arrive at a stereotypical conclusion.