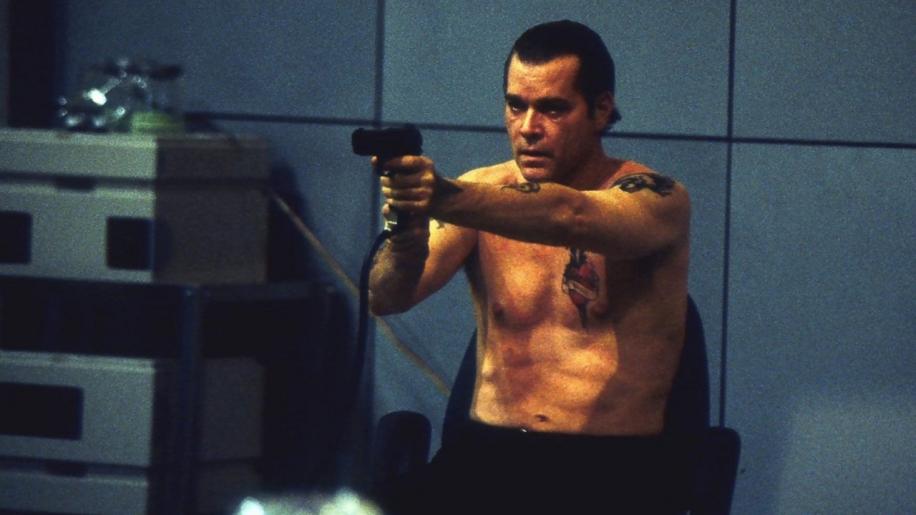 Everything seems okay if a little unexceptional. Colour is natural without becoming too rich, but there is a lack of punch to some of the palette. During a (proper) football match a woman in an orange top sits behind Dafoe. While the colour is certainly there, it appears recessed, almost too natural. The greens of the football pitch slightly pale and blanched. Grain is present, but even and not too intrusive. Detail is impressive, with Liotta's close-up, at the beginning of the movie, in a body bag having all the detail you could want - blackheads and all! Sound quality is similar to the picture's, but with the handicap of not being a movie to show off a soundtrack. Voices are okay, clear, but nothing special. Rear speakers are used for ambience only and even then not too often. Bass isn't used too often either, or not so that you would notice. In all, the sound doesn't get in the way of the movie, which may be a good thing, but then again, sound doesn't add anything either. Only a behind the scenes featurette. I suppose as far as these things go it's okay, but some of the actors, Dafoe and Rodriguez especially, seem to be struggling for things to say at times. Disappointing While the disc itself is an average effort let down by unspectacular sound a lack of any extra content worth mentioning, the movie is pretty good. Probably not worth a full blown RRP purchase, it does warrant a cheap buy or rental. If the extras were better, the disc could have been a hidden gem.