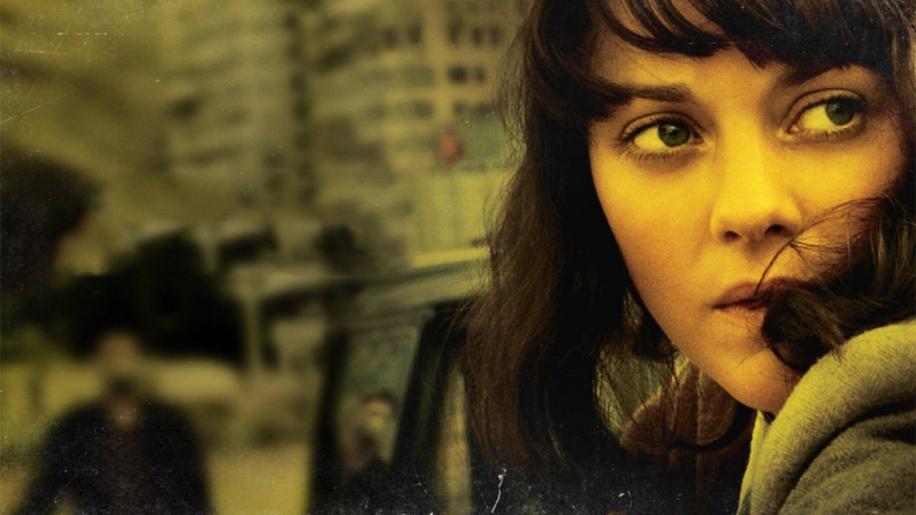 Don't Talk to Anyone. Don't Touch Anyone. Oh, and try not to breathe.

In 1918 Spanish flu infected over a quarter of the world’s population. One in four people. Of those, 20% died. That’s one in 20 people on the planet who were killed by the disease in a period of just 6 months.

The Mayans might have predicted December 2012 to mark the end of the world, but what’s infinitely more likely is that we will soon get hit by another pandemic. We’re not talking about Mad Cow disease here, or Swine Flu, but a much more powerful mutating virus with a fast incubation period which would allow it to decimate the population before the scientific community even have the chance to react and find a cure.

After an illicit liaison during a stop-over in Chicago, a Minneapolis businesswoman returns home to her husband and young children from her successful trip to Hong Kong only to find that she’s caught what appears to be the flu. One day over breakfast, however, she collapses and starts convulsing, having seizures and foaming at the mouth. She’s rushed to hospital. The next day her young son falls ill. Pretty soon reports start cropping up in Hong Kong and Chicago. Then across the globe. Within days the number of infected are in the hundreds of thousands.

Homeland Security commissions a prominent CDC (Centre for Disease Control) professor to combat the viral outbreak. He, in turn, dispatches an investigator into the field to trace the source of the virus, whilst setting his best scientists on the case of developing a cure. Meanwhile a conspiracy theorist internet blogger starts running up deadly rumours of his own – of bio-weapon testing gone wrong and of a cure that has already been found but is being kept secret by the Government. And in Hong Kong a WHO (World Health Organisation) epidemiologist runs into trouble whilst investigating the outbreak there.

Director Steven Soderbergh has proven time and again just how adept he is at tackling pretty-much any genre he turns his hand to. From crime capers like the Ocean’s films and Out of Sight to biopics like Che, from period noirs like The Good German to psychological sci-fi dramas like Solaris, from revenge thrillers like The Limey to action-thrillers like his latest, Haywire.

He has also proven that he can not only attract the biggest stars to his projects – partnering up over half a dozen times with George Clooney – but he can also juggle multi-faceted stories which blend the stories of several characters from across the globe all into one eclectic mix (Traffic).

Contagion boasts another one of his trademark all-star casts carrying just such a multiple-character-driven story (a so-called “hyperlink narrative”) and it’s perhaps his most daring ensemble effort thus far, arguably besting even Traffic in terms of scale and multi-stranded approach.

He pitches a stoic Matt Damon (The Adjustment Bureau) and a significantly grubby Gwyneth Paltrow (Proof, Iron Man) as the human element, who try to put a human face to the general public as the horror unfolds. Damon may not have much to work with, but it’s a suitably against-type role for him, which gives his both sympathetic and, at times, quite scary character a nice edge.

Lawrence Fishburne (The Matrix) is on surprisingly good form (considering his lacklustre work on CSI) as the CDC expert who, under the watchful eye of Homeland Security’s Bryan Cranston (Drive), is attempting to both trace the virus and find a cure, all the while attempting to stay impartial as the death toll starts to take those closer to home.

Fishburne’s Doctor is running the ever-reliable Kate Winslet (Revolutionary Road) as his in-the-field investigator whilst he spurs his lab tech, played by Jennifer Ehle (The Ides of March), towards finding a cure; all the while with the unauthorised background assistance of Elliot Gould’s private contractor (The Long Goodbye, Ocean’s Eleven).

Then there’s Jude Law (Road to Perdition, Enemy at the Gates) – sporting a terrible Cockney-Australian accent – as the blogger creeping around trying to find money-making juice for his latest ‘net conspiracy theory, ramping up public fear and fuelling it for the purposes of his own personally-motivated schemes. Law is eminently capable of playing characters who you truly despise (so much so that it really is quite worrying) and this one is up there with the worst of them.

And, in Hong Kong, we have the euro-chic Marion Cotillard (Inception) as the World Health Organisation epidemiologist who is trying to pinpoint the origin of the virus using surveillance footage of the first patient’s last few hours, and getting into a political mindfield as a result. Whilst she’s always a welcome addition, her distant sub-plot remains the most unnecessary, often just an obvious tool for the necessary exposition that Soderbergh wants us to have access to.

Still, the seasoned director expertly juggles these myriad characters and their interwoven strands, cutting through huge swathes of story through innovative back-and-forth narrative stylisation (which involves more montages than all the Rocky films put together), used to excellent effect in bringing forth a concise, streamlined look at what could actually happen should we encounter another deadly viral pandemic.

With a medium-sized budget of $60M, and a runtime of just 106 minutes, it’s amazing really that we get so much meat, with so very little wasted footage. Indeed, if anything, we want to hear more from some of these characters – see their plots developed in their entirety, rather than just given snapshot exposure. That said, he gives us just enough time with each actor to enable them to round out their roles and make them slightly more than just cardboard cut-out clichés. This may be a global disaster film, but it’s a very human drama at its core – the overriding impulse to protect yourself and your loved ones is at the centre of each separate story strand.

Now, although I did not find it a huge issue that there was obviously some restriction over how much time we got to spend on each of the many co-plots, which are managed as efficiently as Soderbergh did with the considerably more epic (at least in runtime) Traffic, I did have pause for thought over where exactly the director was going with this project. After all, Contagion is a highly realistic view of what could happen should we encounter another devastating natural viral outbreak, but, in attempting to be so damn realistic, Soderbergh has seemingly overlooked any requirement to be cinematic.

Don’t get me wrong, his stylish approach to interlocking the stories – complete with the aforementioned montages, and boasting a superb, often pulse-pounding electronic score (by long-time collaborator Cliff “Drive” Martinez) – is entertaining to say the least, and often downright compelling, but some might argue that it’s all a bit sound and fury, with nothing substantial behind it all.

Soderbergh appears more than capable on painting a highly accurate portrait of a pandemic outbreak, right down to the detail of the viral tests and lab experiments, the quarantining and disposing of the infected, the political machinations, the public fear and the sheer logistical problems of managing such a global catastrophe, but, really, is it anything we didn’t already know?

The film kicks off with a number of clever, subtle nods towards the importance of personal hygiene – shots of bowls of shared peanuts on a bar, sneezes that spread airborne germs across a bus-full of passengers, and simple handshakes that transmit the disease – going on to verbally remind us of the sheer number of times the average human being touches their own face (several times a minute!) and warning us of the ease at which a virus can spread just through simple human interaction.

But by the end of it, we are arguably told to feel very differently about the whole sorry state of affairs, and, in essence, are compelled to resign ourselves to the fact that there is simply nothing that we could have done. After all, if it only takes being on the wrong bus at the wrong time; breathing the wrong air next to the wrong passenger, then why bother going to extreme, almost OCD lengths just to keep your hands clean?

Yet beyond this, what is there?

Movies like this thrive on the spread of the disease and the desperate search for the cure as the death toll exponentially rises but, when you introduce so much inevitability into the equation, where is the tension? I’m not saying every viral outbreak film has to have Dustin Hoffman telling Donald Sutherland “with all due respect, sir, f**k you!”, and has to have a helicopter play chicken with a bomber, but in maintaining such a stranglehold on the accuracy of the story, Soderbergh appears content to let the sheer entertainment of cinema fall by the wayside.

It’s no wonder really; what drew Soderbergh to the project was the very notion of making an ultra-realistic movie about public health and the scientific response to a pandemic – he was always only interested in that kind of a statement of fact. Indeed the New Scientist publication itself praised the accuracy of Soderbergh’s portrayal of a viral outbreak, from its citing of the R0 power of the virus (the number of individuals who will be affected by the virus – for example a virus with an R0 of 2 will go from one person to two to four to sixteen etc.) to its exploration of transmission via fomites (basically touch transference) as a reason for the exponential spread.

Whilst staying true to life has its benefits (not least praise in the scientific community) the ensuing human drama specifically avoids taking cinematic liberties and stays so true to its docu-drama format – engaging stylisation notwithstanding – that it never fully satisfies as a film thriller.

The characters, however much he goes above and beyond to give them a more rounded dynamic, still feel like pawns being shifted around an elaborate chess-board, their actions often largely futile in the grand scheme of things – such is the nature of this realistic natural disaster movie. Don’t expect Tom Cruise’s beleaguered divorced dad to be running around trying to protect his children; or John Cusack fleeing from car to small plane to big plane to huge boat in an effort to do just the same – the characters in Contagion really have very little control over their fate. It’s perhaps as it should be in painting an accurate portrait of real life, but it’s seldom as satisfying as its more cinematic counterparts.

That said, Contagion is still a very good viral outbreak movie which does ironically deserve praise for the very thing that holds it back – its accuracy – and will, despite its limitations, likely prove to be a compelling 107 minutes of time well spent, even if the end result is much more public health warning than traditional disaster movie.

Don’t forget to wash your hands after watching this movie.