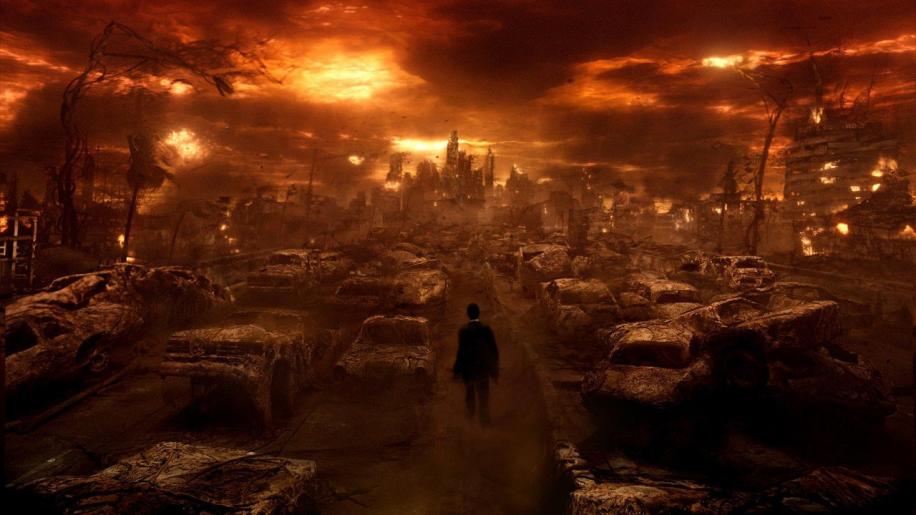 After a single disc and a double disc special edition SD release and then an early adopter on the HD DVD format, tonight's feature finally comes to Blu-ray and as such I'm not going to spend too long delving into the depths of the film as most will be interested in the technical aspects of the disc.

John Constantine is a cancer riddled, chain smoking exorcist eking out a living by banishing demons back to hell as a penance for surviving taking his own life. For you see in Constantine's world there are demons and angles each influencing mankind's decisions, neither can manifest themselves directly in our plane rather they whisper and direct. Those that do, fall prey to Constantine's retribution, because he's always been able to see them, and it was that ability that forced him to try suicide and even though he survived, being dead for two minutes has already condemned his soul. And doing the work he does may just provide enough good deeds to ensue his entrance to heaven. However, when the balance changes and the Spear of Destiny is employed to manifest Satan's son to the Earthly plane, Constantine teams up with Los Angeles police detective Angela Dodson, whose twin sister also committed suicide, and who can also see the demons/angels, to try and prevent Hell on Earth.

Whist many of the comic book fans lamented the change in their beloved character and setting, in terms of narrative it makes little difference. Keanu Reeves as the titular character does his best Neo impression and coughs a lot, and you know what, it works very well for the part. Constantine is a loner, trying to atone for past 'sins', a brooding melancholy is exactly what is needed and Reeves nails it. The film does tend to stray into 'saviour' rather than 'out for himself' but as a narrative it, again, works well. Rachel Weisz as the duel role of Angela and Isabel Dodson provides just the right amount of eye candy and dramatic tension; her realisation that her gift has been guiding her eye subconsciously being of particular merit. Gavin Rossdale as the demon Balthazar plays with a smooth evil that just drips class, he may not quite exude the seductive evil required for such a role but acquits himself well enough. Special mention to Tilda Swinton as Gabriel who is one of those oh so rare perfect casting choices, her charm matter-of-fact resolution of Constantine's fate when we first meet her being the perfect red herring for her real motives come the climax when fire and brimstone are seen in her eyes.

Francis Lawrence directs with an assured hand, little evidence of his music video background on show here; his obvious love of the source material shining through. He and cinematographer Philippe Rousselot bathing the screen in deep colour, reds and greens, giving an very earthy pallet in what is a supernatural story. Their depiction of hell, whilst above ground is a little too reminiscent of the scorched wasteland of Terminator 2's atomic detonation aftermath (a conscience choice) the underground with its sea of tormented bodies is the stuff of horror.

Coming to Constantine, the first time I saw it, with no knowledge of its comic book roots I was at once engaged and caught up with the plight, it is very accessible thriller; the horror aspect is played down, perhaps a little too much for my liking. With a little more knowledge behind me I still feel that it is just as accessible, all the changes are understandable and as a Hollywood adaptation I can't see it looking any other way. And as epic struggles of good against evil, if I had to place my trust in anyone, John Constantine wouldn't be a bad choice.