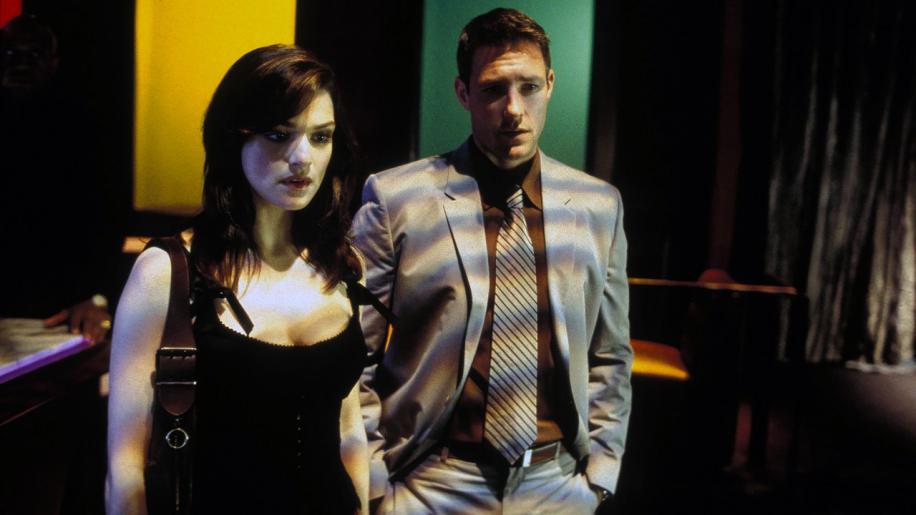 From Director James Foley comes the low-key but surprisingly good thriller Confidence, released theatrically in 2003. Starring Edward Burns as Jake Vig, the movie tells the story of a team of tricksters, who pull off elaborate cons to make a fast buck. But things go awry when an accountant they scam turns out to be working for a local kingpin, Winston King (Dustin Hoffman).

To make amends for the hundred thousand they've already scammed, Jake agrees to work for King to rob a cool five million from one of his rivals, and it's not long before things start getting complicated. Enter Rachel Weisz as the seductive Lily who joins the team on the con, and FBI agent Gunther Butan (Andy Garcia) who is still hunting Jake from years back, and we have a complicated mess of backstabbing and doublecrosses to make even the most perceptive viewer cross-eyed...

Much of Confidence is told in flashback, as the movie opens with Jake sitting on a chair with a gun to his head. Packed with strong performances and a script which weaves its merry way through an elaborate set of cons, this is diverting entertainment that whilst never truly original, remains stylish with a steady whiff of cool about it. Burns is solid as the shameless Jake, Weisz convincing as the demure temptress Lily, and if Hoffman and Garcia ham it up a little too much then they can be forgiven.

There's nothing really new here, but what Confidence does, it does well, and there should be enough twists and turns to keep everyone guessing until the last frame fades from the screen. Recommended.