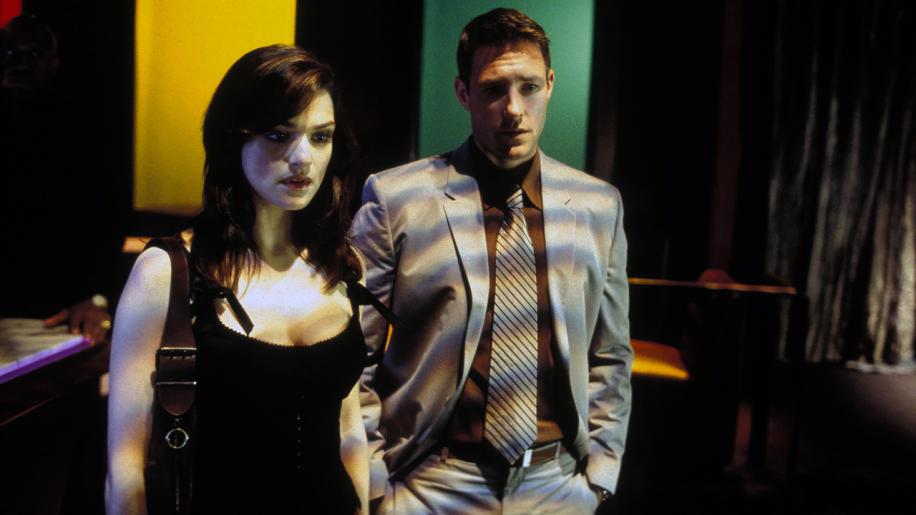 Jake Vig (Edward Burns) is a professional con artist who heads a small gang of confidence tricksters travelling the country ripping people off. As the movie starts in L.A. we see the final act in an elaborate sting in which they steal $150,000 from an accountant. Vig's crew think they have pulled off their biggest job yet, but when one of the gang is shot dead in his home it's not long before they realise they may have made a mistake. It transpires that the accountant who was ripped off has also been pulled from a river dead and was an employee of a mobster called "The King" (Dustin Hoffman).

In an attempt to set things right Vig pays a visit to the King to apologise and let him know that it was a mistake on their part. Accepting the apology the King tasks them to pull a heist on his archenemy, a mob banker called Morgan Price (Robert Forster), for the tune of 5 million dollars. Vig needs to recruit some new members to the gang in order to even attempt such a job, the first is a street pickpocket called Lily (Rachael Weisz) and the second is an employee of the King who is there to make sure things go smoothly. Things get even more serious when FBI agent Gunther (Andy Garcia) turns up in L.A. on the trail of Vigs and his crew, after a previous job in Florida. Now with the odds stacked firmly against them will they manage to get the job done?

The first thing to hit you about this movie is its style; the movie oozes class right from the start. Director James Foley (Glengarry Glen Ross) uses some unique editing techniques to help transitions between scenes in a way that keeps the movies pace moving forwards. There is also a scene at a café early into the picture where our main characters are sitting around a table, the editing technique uses split cuts around the table as pedestrians and vehicles pass, their shadows used as a wipe. Other instances of the Director's influence can be seen in the constant use of primary colours in each and every scene with strong reds, blue, and greens being present.

The story and premise of this film is also nothing new or original but the sheer enjoyment factor is immense. The story is told with well-developed characters and clever use of flashbacks as well as flash-forwards, yes that's right, the movie gives you a preview of what's to come. But what really makes this film succeed is the direction and pacing which manages to keep most of the double and even triple crossing and plot twists well hidden most of the time. I was kept sitting on the edge of my seat in awe of this film, (which didn't seem to do too well at the US box office despite a good trailer and ad campaign), I can't recommend it highly enough and I have confidence you will not be disappointed.