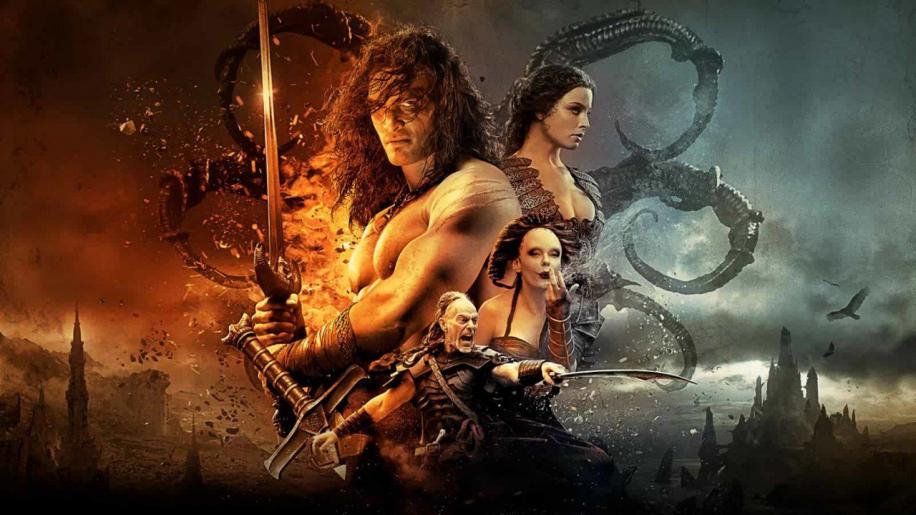 “That which does not kill us makes us stronger” - Friedrich Nietzsche

Many dismiss Arnold Schwarzenegger's breakthrough film, Conan The Barbarian as your average mindless action flick and given his catalogue of action movies - most viscerally enjoyable - that is an understandable assumption to make. In actual fact, Conan is a superior action adventure written by the great Oliver Stone himself and telling the tale of a heroic warrior whose strength is forged through great pain and tremendous loss. It's also definitively viscerally enjoyable.

Set in the fictitious Hyborean Age, the story follows the fate of a young boy who sees his entire Cimmeran village destroyed by some raiding Vanir warriors, led by the evil Thulsa Doom. The young Conan is left with no-one and spends his youth working a giant wheel to grind grain. After he is discovered by slave trader and bred as a pit-fighter, Conan becomes a relentless and indefeasible warrior. Going to work as a thief and then as a primitive bounty hunter, he forms a team of specialists that follow him loyally and is eventually hired by a King to find the King's daughter, a quest that leads all the way back to his arch-nemesis, Thulsa Doom.

The whole Conan mythology - created in the 1930s novels by R.E. Howard and first depicted in the latter-day Marvel comics - really comes through in the movie and a fresh viewing with more mature eyes makes all this difference. Conan passed from being an almost comedic action romp, when I was a child, to a much more serious and well-envisioned revenge story set in a most unusual fantasy realm. Arnie was obviously perfect for the role - given his physical prowess and an accent that the nation wasn't quite accustomed to yet. Fresh from his muscle-building showcase, Pumping Iron, he is remarkably convincing as Conan, whether slave or gladiator, thief or warrior. Sure, he does not say a great deal, but that quite suits the character - who is clearly more a man of actions than words.

Along his journey, he meets a myriad of different characters, but clearly the one with the greatest presence - and the greatest voice - is James Earl Jones' Thulsa Doom. With a rather disturbing affinity for snakes, and an ability to hypnotise virgins into sacrificing themselves for him, he is evil incarnate. James Earl Jones has always been more famous for his voice than his look - best exemplified by the Star Wars films - but here they gave him a very unusual and thoroughly striking look, in particular a jet black wig, which only goes to strengthen his position as Conan's arch-enemy. But the hero and villain are not the only big names in the production - Max Von Sydow also pops up in a scene-stealing cameo role as the King who employs Conan's services to track down his daughter.

Finally, it is worth noting Sandahl Bergman, who I haven't really come across since, but who is perfectly cast as the Valkyrie beauty who fights side-by-side with Conan. Her pre-Xena warrior has so much more emotional range and sword skills than Arnie's counterpart in Red Sonja, Bridgette Nielsen. Even all of the minor cast members have been chosen well for their roles and, although John Milius may not have directed the film in quite the way the visionary Oliver Stone would have intended, he still does a stand-up job. Conan is a vastly underrated action-adventure that is worth giving a second chance to if you have previously dismissed it.