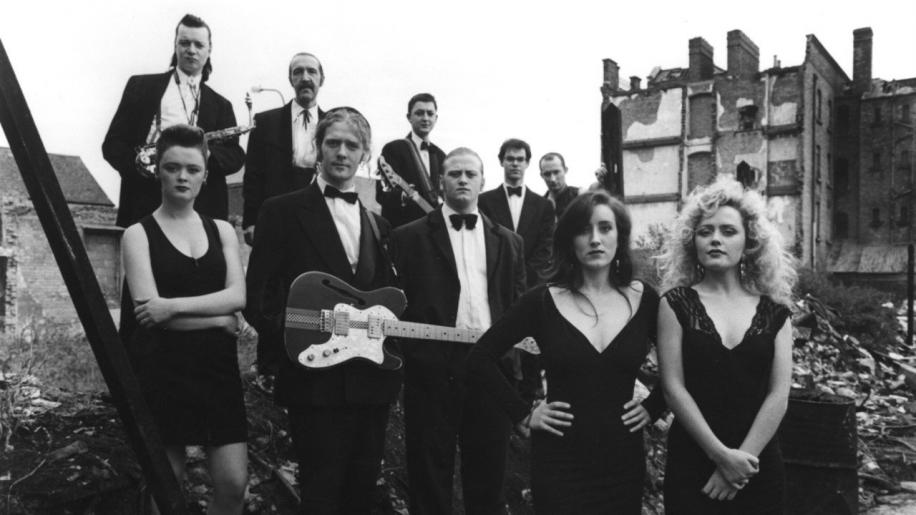 Framed at 1.85:1 and anamorphically-enhanced the image is remarkably good for a film of 1991 stock. Most impressive is the complete lack of video noise, or grain, leaving a very solid and natural looking video image. If I were to be extremely picky the picture would have benefited from a touch more contrast, but like I say that's me being very picky. Colours are a little grey and muted, but this simply adds to the feel of being in a dank, dreary and working classed area of Dublin and seems quite deliberate. Overall this is an excellent transfer.

I haven't been able to compare the original full screen DVD release with this new version, but from what I've read image quality here will undoubtedly be vastly superior. Audio wise things fare a little less well. Although by no means poor, the Dolby Digital 5.1 (448Kbps) soundtrack is a little bass light and front soundstage heavy. There is very little for the surrounds to do, but when called upon - usually as the band finish their songs and the audience show their appreciation - they do a good enough job of placing you in the pub/club with the band. The lack of real oomph to bass levels tends to leave vocals sounding a little strained at times, especially when the actor's get going and are screaming obscenities at each other... which is often!

Despite not blowing you away the Dolby Digital track is vastly superior when compared to the stereo tracks included - just have a listen to the French and Spanish versions which are completely lifeless, soul-destroying entities. It is also capable of being quite subtle at times... for instance there is a moment when Felim Gormley, who plays saxophone player Dean Fay, takes a puff of his cigarette as he stands on stage - listen carefully and you will hear the cigarette smoulder as he sucks... well it impressed me! I should also mention that any comparison with the original DVD release will likely leave you mightily impressed with what has been achieved here. Disc one has the movie and an excellent, if a little dry, audio commentary from director Alan Parker. Disc two has the bulk of the extras, consisting - The Making Of Alan Parker's Film The Commitments - a 21 minute look back at the trials and tribulations involved in the movie-making process and most of what has been included is repeated in the excellent director's commentary.

Next we have The Commitments - Looking Back. This feature lasts just over the three quarter hour mark and sees Alan Parker, author Roddy Doyle, who wrote the novel, and most of the band members reminiscing about their time on the movie thirteen years ago. It is a little strange seeing the actors looking so much older - but this is an insightful and interesting look back in time.