“I eat Green Berets for breakfast.” 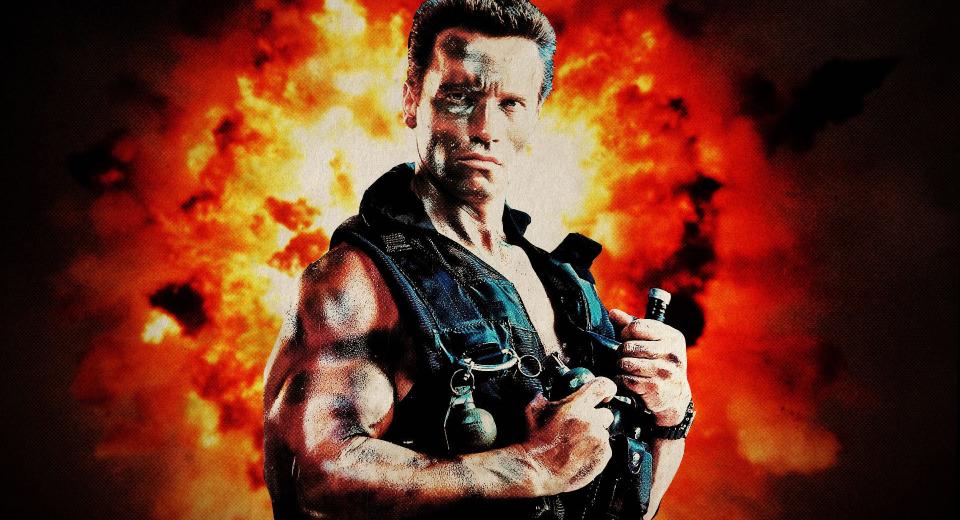 As Schwarzenegger - now pushing 70 - fights for a twilight era comeback, we revisit one of his early action classics, which has also just hit its 30th Anniversary.

For many a firm guilty pleasure, Commando is an excellent piece of pure 80s action. Cementing Arnie’s status as an action icon, it was a firm showcase of his in-his-prime physicality and star power. It was a superior exercise in simplistic storytelling, memorable action, endlessly quotable one-liners and, arguably most importantly, tongue-in-cheek self-awareness. It was made during a time when it was clearly possible to craft a feature which was ostensibly being played straight by all involved, but which was both fun and funny with all the over-the-top excess that you could possibly hope for – and more – in one movie. Sure it didn’t have the satirical savvy of Robocop, or the underdog cool of Die Hard (ironically based on a variation of a script that was once intended as a sequel to Commando), but it also didn’t have any such aspirations. It just wanted to deliver 90 minutes of no-nonsense Arnie action, which it did, efficiently and effortlessly.
The premise, in a Taken kind of way, has Arnie’s young daughter kidnapped, and used as leverage to get the former Spec Ops veteran, superbly named John Matrix, to assassinate a South American President. Matrix doesn’t go for any of that, though, instead literally jumping off a plane and racing across the country, killing everybody on his way with a variety of increasingly big weapons, in order to get his little girl back. Whilst Commando will probably always be best remembered for holding some of the best one-liners present not only in any Arnie movie, but also almost any 80s actioner, it also features some memorable action, as the people are kicked, stabbed, thrown, shot and blown up, and the huge bodycount threatens to hit triple figures. Gleefully unapologetic in its celebration of such violent machismo, Commando is also woefully pure in its intentions; the sheer cheesy exuberance of the whole piece allowing you to sit back and enjoy it without taking it too seriously. Commando hits UK Region Free Blu-ray for its 30th Anniversary with what looks to be the exact same source transfer that we got seven years ago on the first release, albeit tweaked a little bit and given a newly updated AVC encode which helps it surpass the outdated original MPEG encode. The difference will likely be debatable for many, however the first release was far from bad, and at least they haven’t done a Predator here, instead tightening up the image with better gamma, colour saturation and contrast.

Detail remains just as impressive, with strong textures and layering, some decent background flourishes and good levels all the way from close ups through to longer shots. The grain could have been better resolved, and it’s far from a perfect video presentation, but it’s a strong effort that leaves the film looking the best it likely ever has. Perhaps it’s not enough to make an upgrade obligatory, but between the better video presentation of the Theatrical Cut and the added presence of the Director’s Cut – in HD for the first time, although the extra scenes are not quite of matching quality – it gets much harder to argue with the reasons to double-dip. The audio offering appears to be the same strong DTS-HD Master Audio 5.1 mix that we were previously treated to, which isn’t particularly bad news at all, as the audio was already very good. Again, perhaps not quite demo worthy, but pretty damn engaging nonetheless, with dialogue presented up front, cleanly and clearly, dominating the frontal array.


It’s not a track to compete with modern efforts, but it’s a strong delivery of a 30 year old actioner.

Gunshots are suitably punchy and loud, ringing around with a sense of direction that, whilst not pervasive, and far from all-encompassing, still gives your surrounds something to work with, and even throws a little LFE action into the mix. The memorable quintessentially 80s Arnie movie score, by James Horner, provides a welcome backdrop for the rest of the elements and, overall it’s a solid offering which does justice to this action classic. Although there’s nothing particularly new here for ardent Commando fans who already owned the old DVD of the Director’s Cut, the presence of all of the extras nevertheless remains a upgrade over the previous bare-bones Blu-ray release. And there is an added bonus. They’re all in HD.


Nothing new, but at least everything previously released has finally made it to Blu-ray, and in HD no less.

The Director’s Commentary is a little dry, but does offer up some interesting titbits about the original story; the bits that got left on the cutting room floor; the casting choices; the scenes that never got filmed and the budgetary restrictions they were working with. A selection of Featurettes further the background material, with Pure Action blending old and new(ish) interview and behind the scenes snippets for a quarter hour, whilst Let Off Some Steam compiles a selection of largely unnecessary Deleted Scenes, which round out with a short segment of outtake lines for the classic Let Off Some Steam scene. The disc is rounded off by the film’s Trailer. Just in time for Arnie’s biggest comeback shot, the new Terminator film, we get a 30th Anniversary Special Edition of his classic Commando, released worldwide in optional Steelbook editions no less – the UK one exclusive to Zavvi. Although ostensibly not much of an Anniversary package, who can complain about improved and newly encoded video, two different cuts of the film – with the Director’s Cut making its HD debut – and all the extras only previously available on the Director’s Cut DVD now added, in HD as well? Sure, the Director's Cut includes just a few additional dialogue sequences (which arguably are too serious in tone to suit the rest of the feature) and some added violence, but no fan of Commando is going to be happy without having that full shed sequence. And this is the first time we get it in HD.


Both cuts in HD, a better video presentation, and all the previously available extras, also in HD. What more could you want?

The steelbook itself is arguably more of a bone of contention than the release, with the original Theatrical Cut Steelbook unequivocally sporting better artwork, and only the foreign Japanese import really standing up as a decent Director’s Cut steel. This Zavvi Exclusive version is pretty average at best, with truly unimaginative art, although those who are thinking that the rear cover art is from a different movie – Raw Deal – are only partly correct; it’s actually purportedly a behind the scenes still from the Commando shoot, before Arnie got his hair cut of course, and with a photoshopped gun added. Which isn’t much better than just using a still from Raw Deal, really. Still that shouldn’t prevent you from picking up this release, you always have the option of the standard keep case version, and either way it’s the definitive release of a quintessential 80s actioner.


You can buy Commando - Director's Cut on Blu-ray here