Come Drink with Me Movie Review 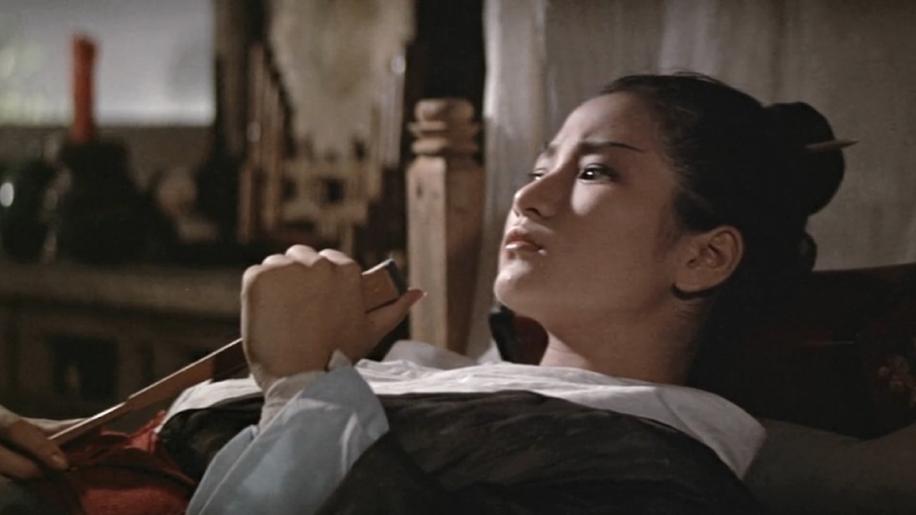 “A lot can happen in one night.”

From the estimable Shaw Brothers stable (love their riff on the Warner Bros logo) comes this 1966 wuxiaclassic - a movie that literally broke the Hong Kong martial arts mould and has remained a impressive template for many action filmmakers to this day. Don't be fooled by Come Drink With Me's vintage and deceptively sociable title, suggestive of a talk-heavy domestic drama - this movie is the real deal. For fans of Hero and House Of Flying Daggers, this is a necessary addition to your collection with its potent mix of swordplay, acrobatics and fantasy. It also serves as a delicious precursor to Ang Lee's celebrated Crouching Tiger, Hidden Dragon with its floaty rooftop chase, poison darts and chiefly, sly old Jade Fox herself, Cheng Pei-Pei in the role that would propel her to stardom. Here, playing the lethal Golden Swallow, she is on a mission to rescue her brother, a government official, from the clutches of a corrupt Buddhist monk with his own unique brand of mystical martial arts. With his brutal second-in-command, the powdered Jade-Face Tiger, and a seemingly endless array of goons dogging every step she takes, she has no option but to team up with another master swordsman called Drunken Cat if she wants to get her brother back and take down this renegade clan.

Lavishly filmed amid some breathtaking mountain scenery and featuring many cleverly choreographed fight sequences, Come Drink With Me nevertheless manages to keep its tongue lodged firmly in its cheek, legendary director King Hu (aka Hu King-chuan) obviously determined to have a good time. The henchmen are all of the wildly gurning variety, quick to quip but even quicker to drop and the flamboyant Drunken Cat's antics are almost Monkey-esque, although you can also detect a hint of the manic Toshiro Mifune's Kikuchiyo from Kurosawa's epic Seven Samurai in his tricky, on-edge behaviour. Don't let his bizarre penchant for lapsing into song put you off either, as one particular chorus contains some highly relevant coded information for the gorgeous Golden Swallow. Although often lurking about in the shadows and only occasionally lending a helping hand he becomes, in many ways, the main character of the tale with his own agenda taking centre stage in the latter half of the movie. But, make no mistake, this film belongs to Cheng Pei-Pei and she carries it off with a confident, though sometimes coy, assuredness. Look at how she playfully disarms the gang in the intricately staged tavern brawl and how skilfully she wields those twin daggers during the awesome temple skirmish - eat your heart out, Elektra! This girl means business, but she's going to have some fun, as well. She may allow herself a few too many perplexed expressions when events slip out of her control, but with a face as heart-falteringly cute as that, who's going to complain?

“What's the use of praying to a clay Buddha, when a living god like me can grant your every wish?”

King Hu's direction is pitched perfectly. Whether lampooning the baddies in the tavern or following Drunken Cat's witty deceptions, he never drops the ball and forgets that this is meant to be anything other than pure entertainment. High-brow nobility, honour and emotional integrity are never allowed to get in the way of what is essentially a boisterous romp. Utilising some tremendous widescreen cinematography - just look at the pitched mountain-slope battles that bookend the movie and the beautiful entrance of Golden Swallow to the temple - he frames each shot like a painting. Often called the Chinese Kurosawa, his long, tension-teasing build-ups to the action actually come across as a more of a spiritual ancestor to Sergio Leone - all drawn-out suspense as goading participants size each other up. But the stylistic trimmings are mainly King Hu originals. They seem familiar now only because every wuxiamovie made since has adapted them. Check out the fantastic pull-back his camera does through the ring of goons around Golden Swallow in the afore-mentioned tavern brawl. And it is quite refreshing to watch dramatic set-piece fights unfold in one-take long shots without the frenetic editing, slow-motion cuts and whiz-bang frame jumps that seem prerequisite for such fare nowadays. There's even some lovely spurting gore on offer, too. Keep an eye out for those poison darts now, y'hear?

“Useless idiots! Your whole gang beaten by a little girl!”

The only real fly in the ointment here is the inclusion of some rather unnecessary mystical powers. These seem to boil down to the ability to expel a curious Force-type energy from certain characters' outstretched fingers. And, to be honest, with this I think we can look just a little further than Kurosawa's The Hidden Fortress to find a certain Mr. Lucas's inspiration. However, a lot of this Jedi-esque training is held in Drunken Cat's incredibly eye-catching homestead - a real des-res with its on-tap waterfall, stepping stones and picturesque pagoda - so, at least, it looks gloriously atmospheric.

“He truly is a great master but, compared to me, he still has a way to go.”

If all this immaculate staging comes slightly adrift in the second half - the later battle feels lacklustre and a little slapdash when compared to what has gone before - the overall elegance of the piece still elevates Come Drink With Me to classic status. If the combat is more akin to dancing than actual fighting, acrobatic rather than vicious, then the style and sheer presence of Cheng Pei-Pei still ignites the screen. Less fragile than Ziyi Zhang but just as beautiful, she justly took the accolade of Mistress Of the Swords when Asian cinema truly needed a shot in the arm. One last thing, folks. Check out the waiter in the tavern serving Golden Swallow - is he a dead ringer for comic Lee Evans, or what?