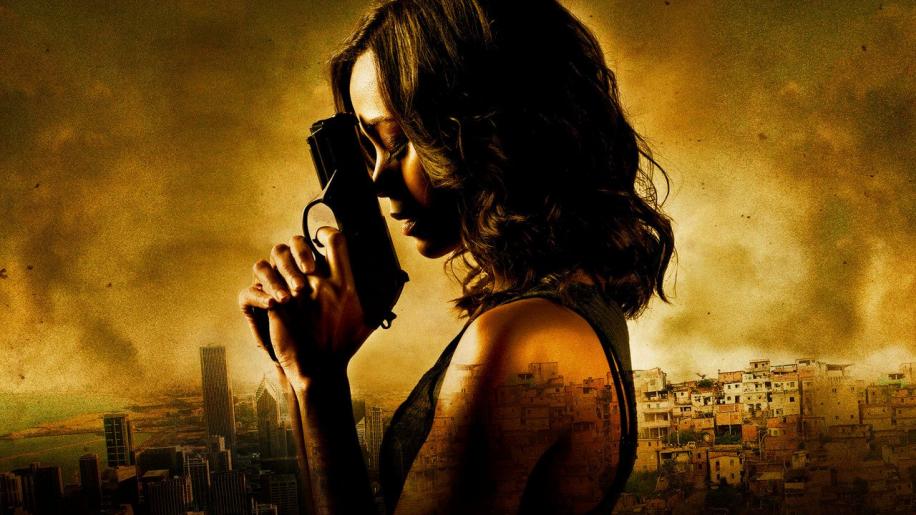 Back when writer/director Luc Besson was at the height of his game, following the success of his French efforts like The Big Blue and the excellent Nikita, when he was making his international masterpiece, Leon, he started collaborating with screenwriter Robert Mark Kamen (most famous, up until that point, for co-creating the original Karate Kid movies), and the two of them created a mini-studio in Paris with the sole intention of crafting pulpy, fun international action movies. To that end they have come up with a number of suitable productions – which have all proven successful both in terms of Box Office returns and in terms of the company’s admittedly limited motto – including the three Jason Statham-starring Transporter movies (which have just spawned a new TV series) and the Liam Neeson-starring surprise hit, Taken (due for a sequel later this year). I’ve enjoyed pretty-much all of their movies, to varying degrees, as well as some of the Besson-only productions from the Taxi series to the District 13 movies to From Paris with Love; they are almost all generic, one-note action movies (with Taken standing out amidst the rest), but they deliver exactly what you would expect from them. Who could complain about that?

Colombiana is the story of a young girl named Cataleya whose parents are killed by a drug lord, and who goes to stay with her gangster uncle. Years later the drug lord’s contacts are being taken out one by one by a mysterious assassin, who leaves no clue to her identity, nor any trace of having been there, other than a picture of a Cataleya flower drawn on their chests. But with the authorities on her trail, and a hit-squad hunting her down, will Cataleya be able to protect her new family, stay one step ahead, and get revenge?

This movie is the latest Besson/Kamen collaboration, helmed by the director with the greatest name any action director has ever had, Olivier MEGATON. He’s just one letter away from being one of the greatest Transformers characters of all time; in the meantime he has to make do directing films like Transporter 3 and Colombiana (and has just shot Taken 2). Whilst there’s nothing wrong with what Besson, Kamen and Megaton have set out to do, Colombiana may well be just one step too far in their tried-and-tested routine.

Basically, if you took all of the movies Besson has ever been attached to, stripped them down into their most basic plot elements, premises, characters, themes and even action sequences, then put all of those ideas into a big pot and selected them at random, eventually, you would come up with Colombiana. It’s not just another formulaic and generic actioner from the once-great writer/director, it’s actually almost like a compilation of key moments from all of his other, better work:

Take the tragic family slaughter at the beginning of Leon, a free-running escape from District 13, some of the learning-to-be-an-assassin elements of both Leon and Nikita, show off a couple of innovative assassinations in the vein of Hitman (the disappointing adaptation of the excellent game franchise), including a hit on a fat rich businessman with a penchant for young prostitutes as per Leon and Kiss of the Dragon, add a dash of the already-shallow romantic beats of Nikita, a hint of the friendly-cop angle of the Transporter films, an aggressive SWAT assault ripped straight out of Leon, as well as some well-choreographed, pseudo-martial arts nods to The Transporter films (and Kiss of the Dragon), then round out the production with an explosive conclusion that combines moments from the ends of all of those films.

It’s no wonder that Besson and Kamen (and MEGATON) came up with this: it sounds like a recipe for the ultimate action film. However every moment, every familiar element, remains a persistent reminder of your not only having seen this all done before, but also done better. Colombiana is a shallow, somewhat failed product of its genetic heritage.

To add insult to injury, do you want to know where the inspiration for Colombiana came from? The ideas were intended to be used for a sequel to Besson’s masterpiece Leon. How far he has fallen.

Zoe Saldana tries her utmost to take the whole thing seriously in the lead role of Cataleya, the young orphan-turned-stealth-assassin, but she is simply investing herself in the wrong material. No matter how tired and battered she looks, whatever slinky stealth manoeuvres she pulls of, or scantily-clad stunts she impossibly performs, she’s treading the same well-trodden ground here, and it just feels quite... tired. Even her contribution to the poorly-received adaptation of The Losers was a step up from this, not to mention her career-making turn in Avatar, and, whilst I had high hopes that this vehicle would conclusively prove her capabilities as a lead heroine, if anything it hints at just the opposite. Thankfully at least she seems competent in the action department, standing her own in some of the (fairly) brutal confrontations, and certainly coming across as a convincing female fighter.

Support comes from the likes of Alias’s Michael Vartan as the love interest, Die Hard 4’s Cliff Curtis as the tough uncle, Brit actor Lennie James (who played an almost identical, but far better, role in The Next Three Days) as the cop on her trail, Smallville’s Callum Blue as a shady CIA agent, and Bad Boys II’s Jordi Molla as the drug baron’s right-hand-man, but they are all shallow interpretations of the respective characters, through little fault of the actors, and more because the characters simply have not been fleshed out in the script, nor given anything interesting to do. At one point (in another nod to Leon) the uncle gives Cataleya a choice between following his rules, or going out on the streets unprepared – the trouble is that the script calls upon the most ludicrous of scene set-ups: shooting at a random passing car in broad daylight in front of a school, and then strolling off as the cops arrived, with your gun still out.

Plot holes also abound in this movie, and ones which actually hamper the narrative. For this kind of film, it takes a sizeable plot hole to make a dent in your enjoyment factor, because most viewers are just happy with the popcorn action movie elements – yet this one still manages to make you scratch your head, wondering whether the writers even bothered to re-read their original ‘script’ to see if it actually worked. If they had, they might have noticed that their lead character’s entire game-plan is totally thrown out of the window for the final act, making her 22-man kill-spree utterly redundant. This kind of thing threatens to critically hamper your enjoyment of even a production as thinly-drawn as this one, and further distance you from getting to know or like the characters.

Besson productions have always been fun and frivolous, but this one goes too far to the extreme, frequently hopping into outright fantasy land, beyond improbability and dangerously close to impossibility. It’s a shame because I actually enjoy the majority of his flimsy b-movie actioners: they are reasonably stylish, streamlined and efficient, and they provide more than enough action to keep you engaged, even if few of them are in the slightest bit memorable (or distinctive). Colombiana could have easily met these fairly low standards and delivered the same goods, but instead disappoints on almost every level, a fact made even worse by the knowledge that it was spawned from Besson’s ideas for a sequel to Leon – I’d always dreamt about a sequel to that action-classic, and this is just about as far away from that dream as you can get (Hanna came considerably closer).

Still, if you know what to expect, and you enjoy all of Besson’s other writer/producer efforts (particularly his collaborations with Kamen and Megaton) then you may just be able to manage to switch your brain off enough to enjoy this throwaway addition. Whilst it may well be the worst of the bunch, the whole sub-sub-genre itself is still a cut above your usual b-movie actioners, and certainly Zoe Saldana slinking around kicking ass in skin-tight attire often makes it far from unpleasant viewing.