Little to hang your hat on 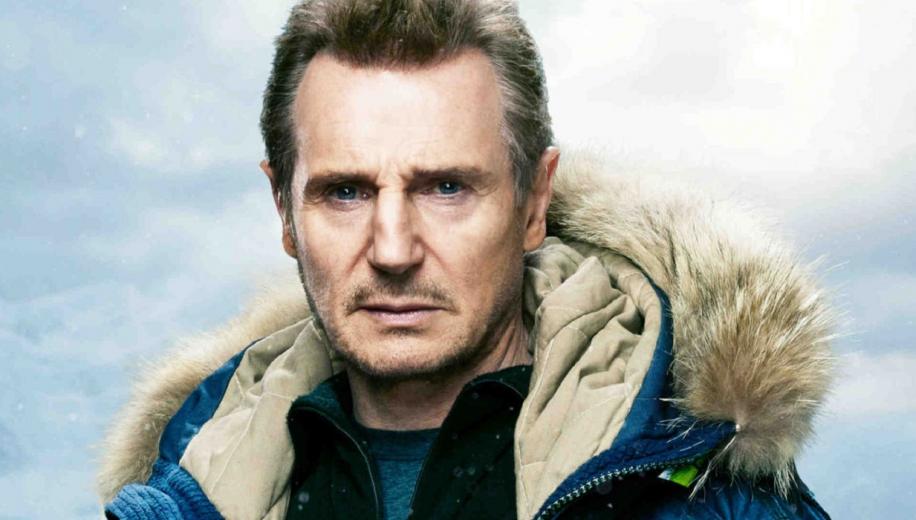 Foreign remakes seldom work. Even if, as in this case, they are made by the same director; something just gets lost. And that is the biggest hill that tonight’s feature, Cold Pursuit, faces. Hans Petter Moland directed the original Kraftidioten (2014) which, in its own language and own landscape, played out as a very dark comedy, being nominated and winning many awards. Translating that to Hollywood has simply not worked as well as it might, and whilst the bones of a great film are lurking beneath, the final picture is somewhat lacking.

Nels Coxman (Liam Neeson) works in a remote town outside Denver clearing the frequently snow-covered highways and is well respected and liked. One fateful evening his son is killed by some mobsters who mistakenly believe he has taken their drugs, leading Coxman down a dark path of revenge which sparks a war between two different drug lords, the fallout of which is a huge body count.

Whilst the idea is a slight riff on Yojimbo, the execution misses the mark in terms of characterisation, plot development and, crucially for a dark comedy, the dark comedy. The barest minimal lip-service is paid to Coxman, just enough to hint at his characteristics but this is not at all developed so that his revenge, above all else, has no justification. Indeed, his bonding with the mobster's son hints at an estrangement with his own, so why the vengeful actions? The drug lords fare just as badly: a wildly controlling divorcee and an American Indian are pretty much all you can say. Contrivance and coincidence often play their hand to make it to the next scene, and whilst there's the occasional set-up and pay-off, these are too infrequent to paper over the cracks.

It has been likened to Fargo, and that is a fair assessment, but whereas that film has plot and protagonist, Cold Pursuit seems to bumble along with the rare sprinkle of laughter and a large dollop of gore. It is just lacking anything to hang your hat on. There are times when this image is simply breath-taking – when overlooking the snowy valleys to the town at night; the deep blues, the pinpoint of the streetlights and the rocky outcrops, for example, showcases the format at its best, but then there are other times, at night in Coxman’s house, where the black level greys and the frame shortens dramatically, and were it not for the increase in resolution, you could be forgiven for thinking it’s a standard Blu-ray picture.

The good far outweighs the bad, though: detail is terrific – skin texture, clothing weaves (especially the fur collars), the crispness of the snow, the definition of rocks, the tools in the warehouse, the ornate decoration of the wedding dresses; there are clear finite edges throughout.

HDR and the WGC bring the colours to life; snow has never looked so ‘snow like’ save, The Revenant, while the yellows of the trucks and the blues of the skies add significantly to the natural feel of the piece.

Black level is, for the most part, fine with all day and most night shots showing deep and crisp blacks, with only the occasional dip to grey as previously mentioned. The white scale is perfect though.

Digitally there are no issues and the original source is clean as a whistle. The Dolby Atmos surround track does nothing wrong; it’s perfectly serviceable and sounds very natural – but it’s not one to light up the system with all-encompassing effects; indeed, the overhead channels are barely employed. The best effects come in the exterior scenes, either people crunching through the snow, where the ‘outdoors’ comes to life with wind, wildlife and other natural ambient sounds, or with the various snow clearing machinery, which employs the speakers to good effect. The climactic shootout is the standout piece.

Bass is well catered for, grounding the track, but LF effects are limited, even the various gunshots have limited impact; placing natural above exaggerated. Dialogue is clear and precise and dominated by the frontal array, while the score makes full use of the speakers. It’s a fine track and technically proficient, but I can’t see it being demo material ever. There are no extras on the UHD, all are found on the included Blu-ray.

Deleted Scenes – 5 minutes of excised material.
Welcome to Kehoe: Behind the Scenes on Cold Pursuit – 30 minute feature taking an overview of the production.
Interview with Liam Neeson – 8 minute with the star.
Interview with Hans Petter Moland – 8 minutes with the director.
Theatrical Trailer Cold Pursuit will likely be remembered as Liam Neeson’s last action role, as the film itself, a remake of Kraftidioten (2014) made with the same director, is sadly lacking in terms of characterisation and relies on plot device contrivance and coincidence to make it to the next scene. The bones of a decent film are hidden beneath, and whilst it is well-acted and looks quite good, there is not much to hang your hat on.

As a 4K Blu-ray, the set from Studiocanal is ok; the native 4K image is well detailed, well coloured with an excellent white scale, the black level is, for the most part very good, save the occasional blip. The Dolby Atmos track sounds very natural, does nothing technically wrong, but doesn’t really set the system alight. The extras are all rather light as well.