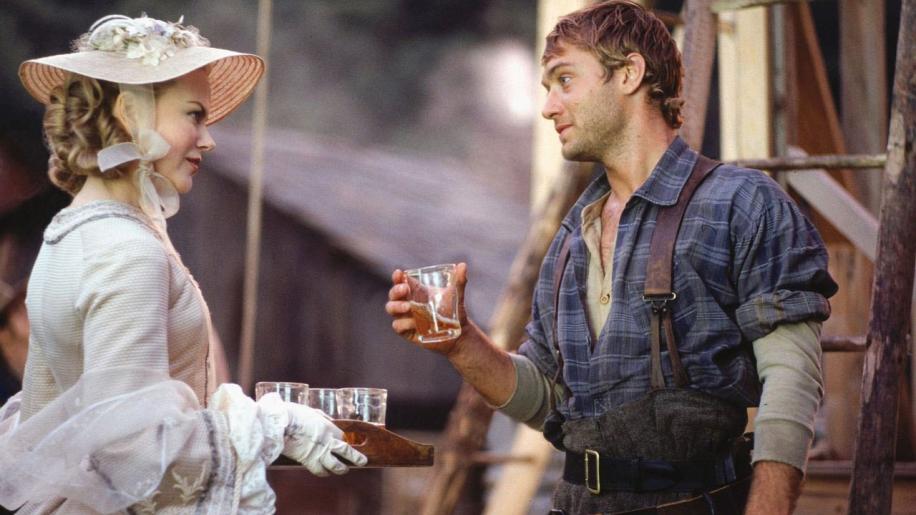 Presented in 2.35:1 anamorphic widescreen, Miramax has done an excellent job with the transfer. The image looks sharp and detailed from beginning to end. The beautiful cinematography is first class and jumps from the screen with brilliant depth and colour and the battle scenes manage to capture the tension and horror of warfare in all its grizzly glory. The print uses two different and distinctive contrasts which helps with the narration of the story, the flashbacks are full of colour which is bright and vivid. This is used against the grainy and over saturated footage of Inman and Ada's separate daily battles to survive, before again returning to the brightness near the end. I could find no fault with the print in terms of dirt or scratches; it looks pristine throughout, although there were a few moments of edge enhancement and some compression problems with the smoke of the battlefields. These small niggles apart, Cold Mountain is reference quality and has that hard to find three dimensional feel of the very best transfers.

Presented in both DTS 5.1 and Dolby Digital the soundtrack is another work of art, bringing to life the stunning picture on show. Although not overly aggressive the mix brings some much needed weight and authority to the battle scenes with excellent split surround effects providing an enveloping experience. Even during the quieter moments there is a great ambient feel to all five speakers adding a realism that doesn't hit you over the head, but instead pulls you into the action. Comparing the two different flavours of soundmix the DTS track just steals the honours over its Dolby Counterpart with a wider sound field adding tight bass performance.

Keeping the first disc for the movie and soundtracks only helps any problems with the encoding of such a long movie with only the Director and Editor commentary appearing as an extras on disc one. The commentary is informative and interesting from a film making point of view, but at times can be a little stale.

Moving onto disc two we are treated to some well produced extras, the first being a 74 minute Documentary called “Climbing Cold Mountain”. This interesting documentary features some excellent behind the scenes material covering every part of the production, it explains the problems with the shoot and features interviews from the cast. This is the type of quality featurette that make extras worthwhile. Moving on and we have a making of feature which uses much of the same footage but this time is presented in a very media friendly way. “Words & Music of Cold Mountain” is a 90 minute concert promoting the music of the film and discussions with the film makers, there are also 12 deleted scenes, storyboards, a short featurette on the inspirations of the music and promos for other Miramax titles. In all the documentary is brilliant and a must watch extra.

“Cold Mountain” is epic in scale, has beautiful cinematography, excellent acting and is well directed. Only the pacing lets it down slightly, however it gets my recommendation and the disc offers reference quality picture and stunning soundmixing, with some meaty extras. Recommended.