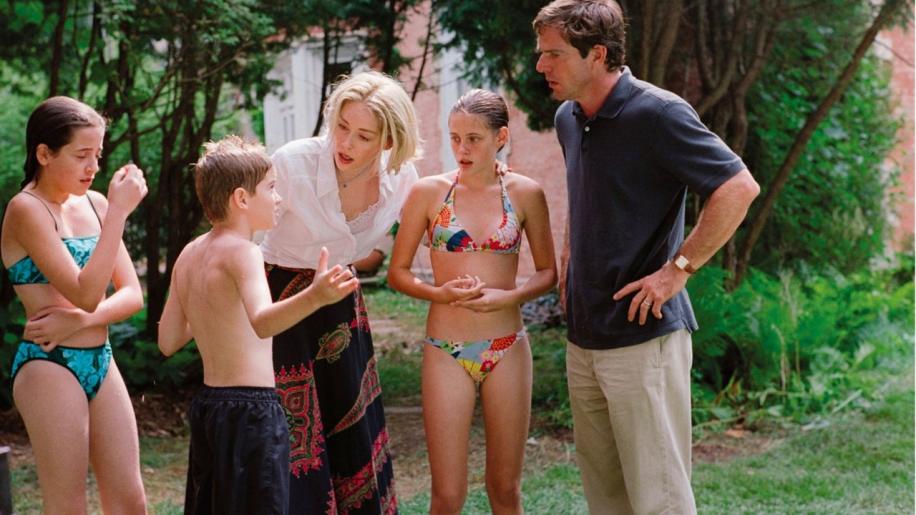 Cooper Tilson (Dennis Quaid) is a low budget documentary maker living in New York City with his wife Leah (Sharon Stone) and their two young children Kristen and Jesse. Following a road accident on the busy, hostile streets the family decide to sell up and leave the city life for a safer, healthier existence in the country. They soon find a large dilapidated estate, Cold Creek Manor, on the outskirts of a small country town. It is their dream home and they plan on an idyllic life as they restore the Manor to its former glory. However, as they start to clear out the contents of Cold Creek Manor they discover the personal effects of the previous owners, the Massie family. Being a documentary film maker Cooper decides to research the history of the Massie family and soon, with the help of Dale Massie (Stephen Dorff) he uncovers some disturbing secrets hidden for years in the eerily ramshackle estate.

Director Mike Figgis is better known for the intriguing Timecode and the superior Leaving Las Vegas. Cold Creek Manor is merely padding in his CV. Quaid and Stone provide workmanlike performances as a middle aged couple moving from the city to the country town Bellingham, with the predictable hostile reception from the locals (we even have the phrase “mister big city slicker” for heavens sake!). Stephen Dorff is the psychotic with a past, and Juliette Lewis is Ruby, the slutty small town bicycle, a role she is in danger of making her own. Look up typecast in the dictionary and you are liable to see a picture of Ms Lewis. Still, she does it so well.

Cold Creek Manor is an insipid thriller with a pedestrian pacing, and almost no genuine thrills or spills at all. It plays out in a disappointingly predictable way, and once you spot the baddie (30 minutes), and realise what he has done (45 minutes), the rest of the movie is redundant. The final scenes feel rushed and underdeveloped, and are full of non sequiturs It's like a sherbet dib-dab, rapidly dissolves and leaves a bad taste in the mouth.