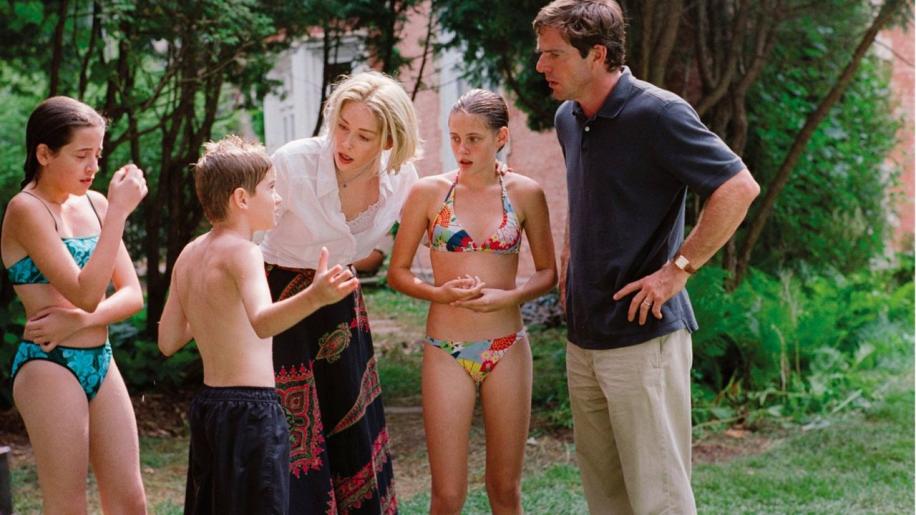 Picture quality on the disc is comfortably middle of the road. There is a neutral colour balance, with naturalistic skin tones, and clean, artefact free, primary colours. Well-lit scenes show high detail, for example the cloth pattern is clearly visible on the airplane seats in the early scenes. Dark scenes lack shadow detail, and are generally soft, with moderate levels of granularity. There are minor degrees of edge enhancement most notable to the right of vertical structures, but they are not distracting at normal viewing distances. The soundtrack is presented in Dolby Digital 5.1 at 448kbps and is a superior effort. This audio encoding is an excellent example of the enveloping ambience that can be created by a well-balanced soundstage. Woodland scenes are filled with the chirrup of crickets, and cawing of birds, while the wind moving through the trees brings them to life. The manor house itself is all rattling windows and creaking floorboards, and works hard to raise the tension in this otherwise flaccid thriller. Mike Figgis, being the excellent musician he is (he taught Bryan Ferry keyboards!) provides a sterling musical score which fits the pacing of the movie well, and is also well produced on this excellent soundtrack. Extras are not extensive. Mike Figgis, the director of the movie, goes solo to provide the feature length commentary. Figgis provides a wide-ranging, thoughtful and insightful exposition. His revelations are never less than absorbing, and are worthy of a listen. There are several deleted scenes including an extended barroom scene that heightens the tension between Cooper and Dale, and an alternate ending that closes many of the plot holes that appear in the theatrical cut. It is an altogether more satisfying ending, and I have no idea why it was cut. No explanation is given in the commentary. There are two small and relatively tedious featurettes dealing with the rules of making a thriller, and the filming of “Coopers Documentary”. Cold Creek Manor starts well, builds too slowly and loses any tension as it moves towards a predictable climax, right down to the obligatory thunderstorm at the revelation of the bad guy. Why does nobody go nutty in good weather? The disc offers a middle of the road print and an admirable and atmospheric soundtrack. Features are also average. On balance can't recommend it as a keeper.