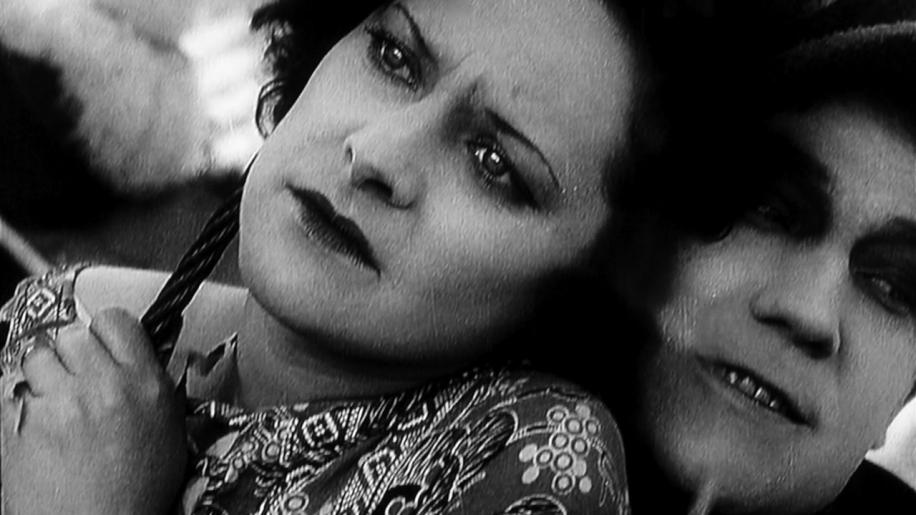 Coeur Fidèle, or True Heart to give it its English title, is extremely simplistic in premise. Like many of the great works of the silent era Jean Epstein, having already proved a sound film theorist and a burgeoning talent, sought to prove that the art form could blossom without pandering to an audience’s lust for more base melodrama. The narrative may sound similar in terms of the jumping off point – a young woman, Marie, has fallen for Jean, and is eager to escape her oppressive foster parents who are intent on pushing her towards the affections of one she doesn’t love, Petit Paul – but the meat on the bones of Epstein’s masterpiece comes not from story itself (for it is claimed it was written in a single night) but from the techniques used to evoke the emotions of the characters on screen.

The progression of the narrative is fluid and organic amidst all the technical innovation, central to this are the flawless performances of the pair of ill fated lovers Jean and Marie – played by Léon Mathot (La Maison de la Fléche) and Gina Manès (Joséphine de Beauharnais in Abel Gance’s Napoleon) respectively. Both are experts of that staple of silent cinema acting; eye emotions, being capable of teasing out every detail of intricate interplay by way of a subtle turn of the head and a flash of the pupils. Epstein utilises every possible scenario to close in on Manès’ luminescent retinas, they sparkle as if miniature mercury globes, reflecting light and the passion of the heart captured within this body forced to live by the rules of others. She is captive within her own life, her foster parents use her as basic labour in the tavern they run down by the Marseille docks, the fairytale of a foundling taken in and ill-treated is clichéd but effective and merely forms a backdrop for the real show, the direction.

Each scene performs a double function, progressing the story but also providing a catalyst for the cinematography to spread its wings. The presence of Petit Paul, Marie’s unwanted suitor and the man her foster parents seek to pass her off to, allows for the invention in the direction to evoke the dread and horror of repression, epitomised by tighter shots and the claustrophobic powerlessness of Marie’s life, shown perfectly by the first introduction of Petit Paul as Marie gazes out at the dirty sights of industrialisation down by the docks – she recoils from the window slowly, pulling out of focus, as the figure walking towards the glass becomes more visible, eventually peering through. This almost polar opposite magnetic reaction to his presence is in vain as her carers draw her in, chatting to the ne’er-do-well suitor, Marie is downtrodden and unable to find the will to go against their bidding, the classic princess ill equipped by her own good heart to raise the vigour to fight her corner. Her only retreat in this world is to see her true love, Jean, she feigns excuses time and again to steal the time to have fleeting moments with him down by the sea. Epstein allows for this traditional love story - however touching, it remains far from inventive - because it gives him licence to prove just how artistically it can be told via the visual medium of cinema.

For a 1.37:1 aspect ratio it is a great reminder of how well the frame can be used – early scenes in the tavern display the wall behind Marie as she serves gruff workmen types, it becomes clear that including it is too great to be a mere framing oversight, and the scrawled graffiti on the stonework – a lover’s promise “for ever” – forms not only a key theme that is revisited but also gives us a visual cue to Marie’s inner turmoil. The splitting of the frame is something Epstein shows us on several key occasions, always depicting the conflicting emotions and the contrasts of the world around the characters. As Jean awaits the arrival of Marie, he does so in the centre of the frame, with the lapping waves of the sea on his left and the static stark stone steps on his right. The symbolic nature of restless waters mirroring the characters’ emotions is one that is touched upon for many of the pivotal scenes, as fades are used in increasingly inventive ways. Once Jean has seemingly lost Marie to Petit Paul’s plans to take her away and marry her against her will, a pan uses the superimposition of Marie’s face onto the water – a simple metaphor in itself – but the twist being that it is done so twice. As the camera pans from left to right one image of his lover’s face moves faster than the camera in the same direction and another remains static, with the camera movement bypassing it until it is out of frame. This shows the conflicting emotions of Jean who, having failed to make a manly stand and claim his lover in front of her foster parents in the tavern, and with her now being taken away from him to somewhere unknown, he feels not only has he left her by not taking his opportunity but also has seen her slip away – both forms of failure and distance from his loved one are encapsulated in one shot.

The pinnacle of all these moments of camera trickery remains the carousel sequence, whereby Epstein combines a whole host of shots to create a visual feast for the eyes. As Petit Paul finally cements their relationship whilst the couple are on a fairground ride, Marie watches as the world whizzes past here in a blur, in a vaguely catatonic state of shock at her current dismal situation. She is every bit as trapped within the relationship and powerless to gain her bearings, as we the viewers are floundering to gain a semblance of order in what we’re seeing, such is the hypnotic concoction of imagery thrown at us. Figures in the crowd blur, super-fast cuts of machinery and carnival rides, abstract shapes and angles set against the sky – it is a tour de force of evocative cinematography and rightly praised as a trailblazing sequence.

Coeur Fidèle takes a simple story and doesn’t merely enshrine it in visual trickery but uses this invention to raise the ability of the narrative to jump the bridge between the viewer and the projected image. Gina Manès and Léon Mathot both give us similar tour-de-forces of silent acting to ensure as emotive an experience as possible, whether it’s during a moment of calm and steadied desirous looks or a trance-like hive of visual activity throw at us by Epstein, Coeur Fidèle never loses its ability to integrate the human elements with cinematic flourishes, and with it always proves a moving tale with a true heart.