It's no secret; this is a shocker! 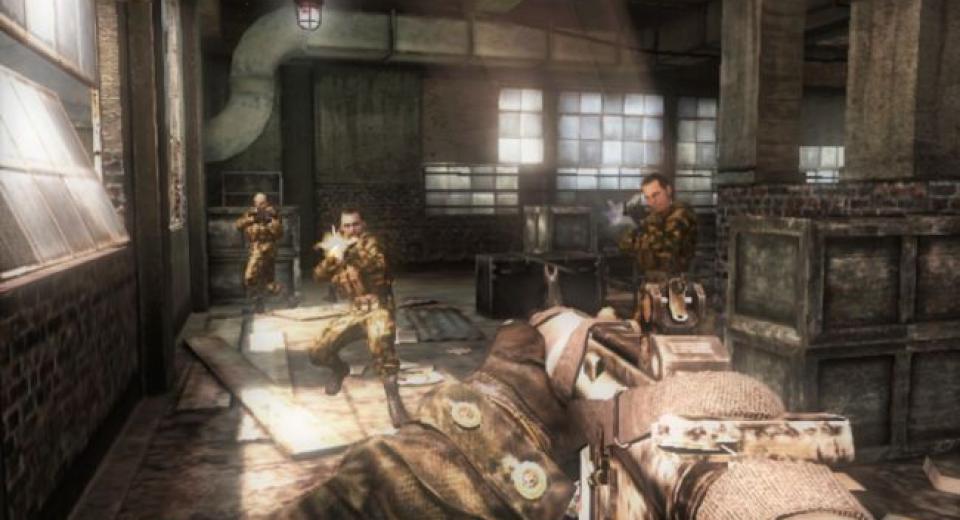 Oh Call of Duty (COD) what have you done to yourself? You’ve let yourself go like a pretty boy from high school that has piled on the pounds and no longer has the world at his feet as he thought he once did way back when. That’s right, the COD franchise is on a downwards spiral it would seem and the ideas tank is running dry for Activision’s beloved yearly shooter.

Their latest console outing, Black Ops 2, has seen many positive critical reviews claiming it has been a refreshing update to the series. Its release has been complemented on handheld too, albeit somewhat quietly and cautiously, as Black Ops: Declassified launched on the Vita on the same day. Not much has been said about this game apart from the rare mooting from Activision saying the project was still in the works and hadn’t been canned.

If there was a game that would sell Vita units you would have thought it would be a COD game right? It seems logical but Activision haven’t utilised one of their partner developers to work on this title though, instead they have worked with Nihilistic. Behind the Resistance: Burning Skies game on Vita which split opinions, they provided a decent shooter that stuck firmly to mechanics established previously in the series.  A good sign if you’re going to be entrusting them with material from previous games to bridge the gap between the latest and previous outing. The aim of Declassified is to tell the story of Mason and Woods as they continued fighting after the events of the first Black Ops title and show you why they continue fighting afterwards too. It’s not likely that you’ll care all too much about how and why they are doing so as both were unlikeable from the outset and nothing has really changed on that front. To be honest though, they don’t have much chance to change that here as they only seem to speak at the beginning or end of a mission and even then it’s only a one line quip either way.

Much like the first game, you fight terrorists (no surprises there) in an attempt to prevent the leader of their group from unleashing nuclear havoc on Western countries. Yep, that old chestnut I’m afraid. Your targets are Torres and Menendez who make it their duty to elope seperately and make your job twice as difficult by sending their personal armies to take you out.

Before I comment on the ‘campaign/story’ mode, I’d like to say this; I completed it within an hour and a half or so. Regardless of the difficulty I played it on, that’s 90 minutes worth of main missions. Even then that’s including replaying some missions so if you can play each mission once only then take some more time off of that.

There’s no flow to it, it’s just a few set-pieces and scenarios for you to complete some of which last no longer than five minutes. There’s barely even a plotline to stitch them all together, all you get is a little cutscene at the start of each mission in the hope that this will give you enough incentive to go terrorist hunting. One minute you’re planting C4 to detonate some rockets, the next you are providing overwatch for a hostage exchange to see them to safety. The levels are frighteningly linear as well, there’s one path for you to travel down and it’s always a narrow one with no room for exploration. The fact you can’t see more of the game is a bit disappointing too as it doesn’t look that bad and runs quite smoothly all the way through. Obviously there’s not as much detail here as we’ve come to appreciate on consoles but there’s enough to demonstrate what the Vita is capable of when pushed.

All your enemies look like they are the product of a very lazy copy and paste job as the same ones are rolled in and out in each level with very little difference between each. One might have a flak jacket on whilst another might have different coloured camouflage on but other than, they all move and sound the same.

They all share the same brain cell too as if they have come from some inbred gene pool; initially they stand and stare at you once spotted before initiating combat once they realise you haven’t turned them into a bullet sponge. Much like shooters hunting pheasants, it never feels like your skills are being tested but your patience is as it feels nothing more than a ‘you pop up and I’ll shoot you’ affair. No manoeuvring or tactics here other than waiting for their heads to poke out of cover for you to pop like a watermelon.

The main sequence of missions has three difficulty sessions for you to try but because the enemy AI can often overwhelm you in sheer number rather than tactics it’s unlikely your patience will last long enough to complete them on the higher difficulty modes. Other than trophies for doing so, there’s no other incentive to replay missions as once proves to be more than enough given their bland and dull nature. The controls handle pretty well and the second analogue stick should make the Vita shooter heaven but more often than not you’ll find yourself cursing at Declassified as it has a tendency not to register hits correctly. Some bullets go astray even though you’re aiming directly towards an enemy and some of them soak up the bullets before being put down. There’s nothing worse than reloading your weapon expecting an enemy to be killed yet he withstands your punishment and sends you to an early grave.

The audio isn’t really up to much either as enemies firing a distance away sound like they’re firing a pellet gun stuck on repeat. The more powerful guns sound a bit beefier and more realistic but these are few and far between; most enemies use submachine guns or assault rifles.

A couple of the Vita’s features are incorporated here such as grenades being thrown via the touchpad which can be useful when precision is needed but there’s a real problem with the rear touch pad being used to sprint. Now I haven’t got big hands or sausage fingers and I even struggled to avoid touching it by accident, sometimes I wasn’t even near it and it would think I’d touched it.

There is an online adversarial mode on offer here which is a saving grace for this package as it is rather stable with relatively little lag to show, which plays host to some great 4 vs. 4 moments. But even then there’s not enough to keep you going like there is on the home console titles, after a few matches you’ll probably be done with it for one evening. If you can find somebody to play against online that would be a great start as there aren’t too many people out there playing this to say the least.

I don’t know what’s worse; the fact that the Vita is a great piece of hardware and is getting very little support from developers and publishers or the fact that people out there will have paid £40 for this upon release. It should be a crime to charge this price for this game as it is worth nowhere near that price tag, even at half that I’d feel reluctant to pick it up. It’s almost an insult to gamers that Activision think they can ship out half-baked games and expect us to buy them without complaining about it.

If there is anything I want you to take from this review it is that this game is NOT worth more than £20, so don’t pick it up until it drops down in price dramatically. Even then, please don’t expect much in return for your loyalty to the series as it won’t give you anything more than a few cheap trophies and a few moments where swears and expletive insults are fully warranted.