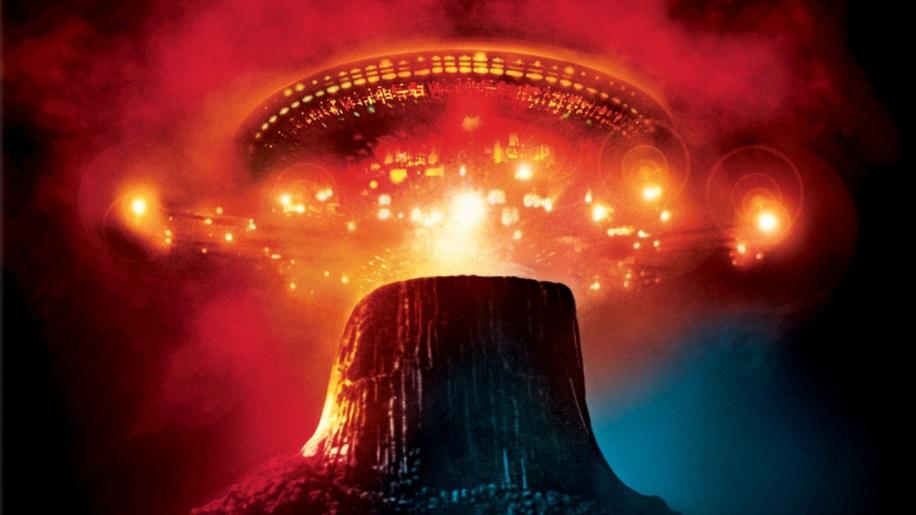 Aircraft missing since the '40s reappear in perfect condition, ships lost in the Bermuda Triangle are found in deserts, sounds from the sky cause religious hysteria, and engineer Roy Neary has a close encounter when his van is almost shaken to pieces by a mysterious flying object. Neary goes on a quest for the truth he believes is being hidden by an international conspiracy, and as his obsession with the image of a strange flat-topped mountain drives away his family, Roy meets Jillian, whose young son Barry is missing. Together they witness the amazing truth...
The second best science fiction film ever (2001: A Space Odyssey, previewed this month, is clearly the best), Close Encounters of the Third Kind is an amazingly mature and intelligent story the likes of which Spielberg was hard pushed to repeat. Of course, The X-Files pinched the entire plot.
The special FX particularly the city-like mothership, are as amazing now as they were then, and the blending of light and sound in the contact sequence is a masterpiece of sensory manipulation. Dreyfuss as the tormented and wondering 'everyman' figure, Roy, is excellent, and Truffaut, as French-speaking scientist Lacombe, drives home the theme of communication.
The sense of awe and wonder this film generates is almost palpable, and if you don't have a lump in your throat by the closing credits, you don't have a soul.