Kubrick at his most efficient. 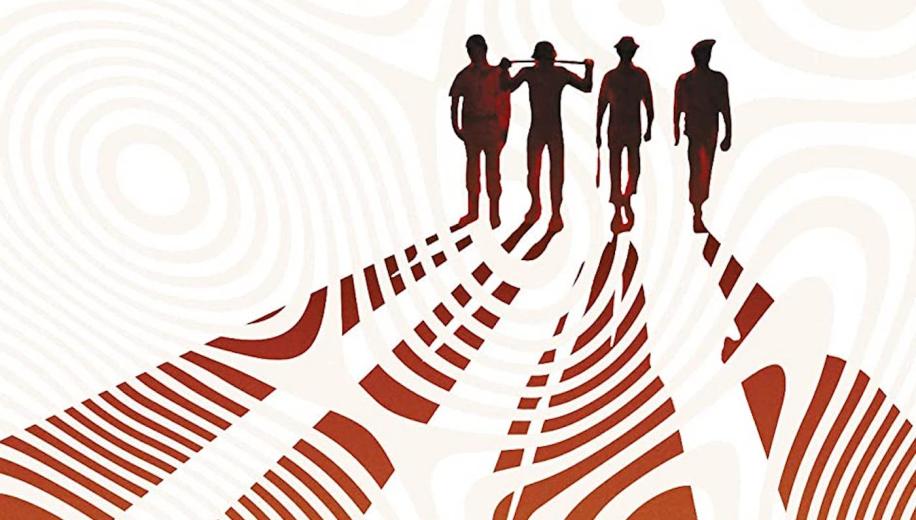 Shut your filthy hole you scum

What a year 1971 was for boundary pushing cinema. Peckinpah had shocked audiences with that ‘did she or didn’t she enjoy’ scene in Straw Dogs, Ken Russell had shocked decency with his depiction of sexuality in medieval churches in The Devils and Kubrick brought Antony Burgess’ novel A Clockwork Orange to shocking life. And 50 years later, it still has the ability to shock.

After the near perfection of 2001: A Space Odyssey, Stanley Kubrick wanted to do something different, his planned opus of Napoleon fell through with Waterloo bombing at the box office, so he chose to do something smaller scale and quickly. A Clockwork Orange was produced in just over a year, with the master of control, Kubrick, writing, producing and directing as well as having a hand in framing and lighting, as, along with DoP, John Alcott, and the use of natural light where possible, Orange is a very different looking animal, being grungy and urban compared to the stark lighting on 2001.

Burgess’ novel is a tough read, not only due to the ghastly subject matter but because it is told in first person by the protagonist, Alex, in his own language, termed Nadsat, a deliberately obtuse shorthand that upon its original release had no glossary; the idea being that as a reader you learn and develop along with Alex, making you not only complicit in his acts, but understanding with him, so when he goes through treatment you essentially become the titular clockwork orange. It was bold stuff that was softened from the second edition onwards as there was an included glossary of terms as an appendix. Another quirk is that upon its original release in the USA, the final chapter was removed at the behest of the publisher, giving a far darker tone to the book (and ruining the 21-chapter number coinciding with maturing age) as it removes Alex’s eventual growth. And it was on the US edition that Kubrick based his screenplay, and as such, it suffers from the same issue – irredeemability.

The first act is meant to repulse, to make you despise Alex and his actions, so that you side with the authorities when he is finally caught. Incredibly, his acts are toned down (much as the Nadsat is) from the novel, because as depicted they are truly shocking. Modern day cinema with its penchant for showing everything could learn a thing or two; whilst Orange is extremely graphic in its depictions and with naked flesh, the brutality of the acts are mostly left to the imagination, and, as such, feel that much worse. The audience is genuinely appalled by Alex. When it comes to Alex’s treatment, we are meant to feel that it is so much worse; that government sanctioned brutality, and the scar it leaves, ruin Alex so that we want him to survive and thrive. Such was the written word, so it is with Kubrick’s film: Alex’s suffering, despite his earlier harrowing actions, elicits sympathy, and it is this internal conflict that makes the film so difficult to watch, since the ultimate resolution is circular and not, unlike the UK novel, an arc.

Kubrick’s trademark attention to detail is stamped all over the film: the lighting, framing, composition, design and acting is near perfect, not to mention the casting of Malcom McDowell in the role of Alex; he owns the film, the swagger and vulnerability is perfect. A Clockwork Orange is as difficult to watch now as it was when first release, it is also stunning cinema: Kubrick at his most efficient.

A Clockwork Orange was shot on 35mm film using Mitchell BNC and Arriflex 35 IIC cameras and has benefited from a 4K restoration, producing a new 4K DI, and from which from which it appears this UHD is sourced.

When filmed, cinematographer John Alcott used spherical lenses and mostly natural light as well a fast film stock, this, through Kubrick’s eye, has given the film a unique look, one that this transfer has replicated wonderfully. Don’t, therefore, expect a pristine image, what we have is a filmic tour de force showcasing a glorious eye for detail and framing.

Detail is, baring softness from the filming process, excellent; skin texture, clothing weaves (check out the eyes on Alex’s cuffs) the wall coverings (artwork, gaudy wallpaper) are clear, the grime of the city, brickwork in the prison, veins in Alex’s eyes during the conditioning; everything is the best it’s ever looked.

WCG and HDR give a new depth to the colours, how deep and rich all the primaries are – the credits sear your eyes! The depth of red on the droogs' clothing, how well the blues grade, the insane colouring of the wallpapers, while flesh tones remain perfect.

Blacks are deep and strong, holding good shadow detail, and immense frame depth, while the white scale beams off the screen with no digital clipping; check out the grime on Alex’s droog uniform while in detention. Spotlights are penetrating!

Digitally there are no compression issues, and the original source is pristine, while maintaining that filmic glow.

There's something really harsh with the DTS-HD MA 5.1 track. First the good; the track is well separated, giving rise to a fairly wide surround field, and some decent layering within the mix, albeit very front heavy. So when the classic music is playing there is a discernible ‘distance’ between that and Alex’s narration. Likewise, during fight scenes; effects, music and dialogue are distinct. And it's reasonably loud too.

But, this occasionally feels artificial, with the level being pushed somewhat to give a very harsh edge to the treble, almost to the point of distortion, meaning it begins to grate after a while. (This was even picked up by my wife, who is half deaf in one ear, make of that what you will). Indeed, effects and dialogue sometimes compete – Singing in the Rain, is a clear example. If this were the only track on the disc it would be simply awful.

Luckily there is the ‘original’ mono track to fall back on, even if it is lossy. The levelling is far more natural so there is a decent balance to the dialogue, effects and score. The original track was recorded live with little or no ADR so there was always a grungy effect to the sound; this has been maintained but there is still good layering within the mix and nothing is lost or harsh, thankfully this saves the sound.

Still Tickin’: The Return of A Clockwork Orange – Channel 4 documentary

Stanley Kubrick’s A Clockwork Orange, like Anthony Burgess’s novel before it, is controversial. Because it is so well made, and touches on such hefty themes, there are conflicting emotions when watching, it is… difficult. But no less better for it, because here we are 50 years later and still talking about one of the most controversial, influential and downright Kubrickian film there is. What is a clockwork orange? Free will replaced.

The 4K UHD from Warner is difficult to categorise; the native 4K image is stunning, being well detailed, with vivid, bold colouring, strong blacks and sheer whites, while managing to retain that ‘Kubrick’ look of occasional softness, edges and grain. The sound, on the other hand, has issues – the DTS-HD MA 5.1 is harsh and grating, even if well separated, luckily the disc has the ‘original’ mono which is a far better listen. The extras have all been seen before.