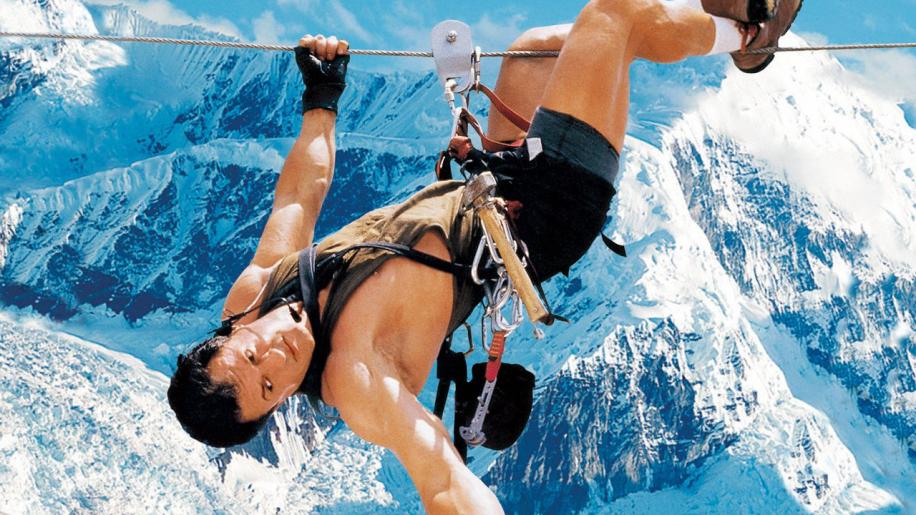 Gabe Walker (Stallone) is an elite rock climber, and a member of a mountain rescue team sent to rescue one of their own crew, Hal, and his girlfriend Sarah. However during the rescue the safety harness holding Sarah to the line snaps, and Gabe races to try and save her, grabbing her hand as the harness gives way. But the strain is too much and Sarah falls 4,000 feet to her death. Traumatised by the events, and the fact Hal may never forgive him, Gabe leaves the mountains in disgrace. Meanwhile a group of rag tag thieves plot to attempt a midair hijack of a Government money plane transporting Millions of Dollars. But disaster strikes for the crew lead by Qualen (John Lithgow) as they crash land on the mountain tops, and the money containers are spread over the mountain range. The gang radio the Mountain rescue team asking for help, and Gabe is talked into assisting with this rescue, which is about to turn into something they could never have prepared for.Cliffhanger will never win any awards, and the acting is pretty wooden throughout, but the movie is enjoyable as a pop corn no-brainer, with plenty of action and good pacing.