"Kill a few people, they call you a murderer. Kill a million and you're a conqueror." 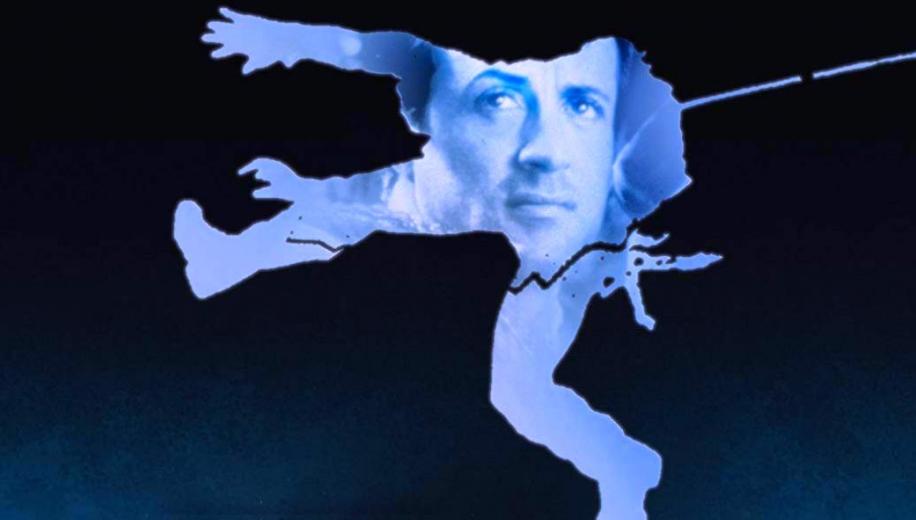 One of Stallone's finest action-thrillers and also one of the best mountain climbing movies of all time.

The action icons of the 80s had to start upping their game in the 90s, delivering something different beyond just muscles, guns and dead bodies. Cliffhanger, on the face of it, is just muscles, guns and dead bodies, in a different location, but that setting is key, defining a broader action-adventure which truly embraces its loose "Die Hard on a mountain" scenario, delivering a suitably damaged hero (with an ex he still loves in the wings), a memorable scenery-chewing villain, and an absolute bounty of exceptionally good action set pieces, each one topping the last.

Taking one hell of a leap into somewhat dark territory with its opening prologue, Cliffhanger sets up a tremendous tragedy for its reluctant hero to return from, faced with his friends and former love under threat from a group of terrorists who accidentally crashed on the mountainside during a mid-air heist, dropping their trackable cases of money along the way.

It's a simple enough premise, but allows more than enough backbone for the meat of the action scenes to play out against, strung together with a keen eye for high altitude tension and freezing cold threat by Die Hard 2 Director Renny Harlin (who would go on to do the excellent Shane Black-scripted The Long Kiss Goodnight, but then kind of fade into b-movie oblivion after that) and played out by a game cast that also included John Lithgow, Michael Rooker and Janine Turner. And it was also an unlikely but perfect Stallone vehicle.

1993 was a hell of a year for Stallone. Back then having Stallone/Snipes at the top of the poster was even more impressive than Universal Soldier's Van Damme/Lundgren; Demolition Man was an event. But it's Renny Harlin's Cliffhanger that remains his best action thriller (and, but for Copland, best film) not only in 1993, but actually since First Blood, and, it could be argued, possibly even the best of his entire career.

Willis had Die Hard, Arnie had Terminator (2) and Seagal had Under Siege, and although he had his Rambo and Rocky franchises, Stallone's equivalent was really Cliffhanger. Endlessly watchable, it's one of those action gems where a sequel would have really been a welcome, pleasant, surprise (The Dam has apparently been in production on and off for the last 25 years). Highly recommended.

Whilst the setting alone of Cliffhanger should have inherently led to a pristine demo presentation, the Blu-ray release was hardly that, struggling with too much DNR, and a colour palette which wasn't quite on point. This native 4K presentation, ably assisted not only by HDR and WCG but also Dolby Vision, is still limited by some of the effects (which will always stand out, even moreso the better the presentation and the bigger the display) but looks better than ever in every other respect, with all the best tools of the Ultra HD format at play helping carry the film across the finish line in fabulous shape.


All the best tools of the Ultra HD format at play helping carry the film across the finish line in fabulous shape.

Clarity is excellent, with a significant uptick in detail, lapping up a fabulous breadth for the mountainside setting, with every rocky nook and cranny explored in all of its glory, and the distant vista shots into the horizon showcasing unparalleled depth. The opening sequence alone is jaw-dropping, as the characters traverse the rope against a fabulously nuanced backdrop.

Skin textures are also extremely impressive, losing the slightly softer DNR feel in favour of a much more naturally textured look highlighting every line and wrinkle on the faces of the cast, along with wisps of hairs, bulging veins, and the bloody battle damage taken along the way. Sure, this also means the stunt crew and practical effects work are far more obvious, but that's only par for the course in more pristine presentations and should only further exemplify the technical quality of the remaster.

The colour scheme is afforded a more vibrant palette, with reds more definitively red, but, conversely, skin tones less pinkish and more naturally rendered - notwithstanding the natural blood-draining effect of the inclement environments. The more colourful ski jackets get some added depth, and HDR, WCG and that Dolby Vision edge, all come into play to promote a broad range of stunning peak whites and staggeringly deep blacks, yielding excellent shadow detail. There's a fine sheen of suitably filmic grain giving it a welcome textured feel and rounding out an excellent presentation. It's a strong and sizeable step up over the preceding Blu-ray, and another great native 4K presentation of a 90s gem.

Curiously Studiocanal have elected not to include a Dolby Atmos track when, Stateside, the almost contemporaneous Sony Ultra HD Blu-ray release purportedly comes with precisely that, leaving many UK customers - rightly - feeling like they have lucked out. Certainly the DTS-HD Master Audio 5.1 track does a great job, but it's not hard to imagine that a Dolby Atmos upgrade would have added a superb extra layer of enhancement to this aural accompaniment.


It's not Atmos but taken on its own terms it's still very good.

Dialogue remains firmly prioritised across the fronts and centre channel, giving life to the grunts and yells; the screams and shouts, and the breathless cries - whilst the sweeping score from Trevor Jones (coming strong off the back of a similarly evocative score for The Last of the Mohicans) remains a memorable component to the experience, given breadth across the array and affording the surrounds plenty of fuel.

Effects are where it's at here - and what would have likely benefitted from that added layer of immersive Dolby Atmos enhancement - and the soundscape is superbly observed from a design standpoint, from the slo-mo whip of helicopter blades muffling the surrounding sounds, to explosions, silenced gunshots and booming shotgun blasts. Avalanches threaten to bury you, helicopters whip all around you, and the harsh inclement weather surrounds you. It's not Atmos, but taken on its own terms it's still very good.

The extras remain largely the same as before for the earlier Blu-ray releases, and unfortunately only the Audio Commentaries get picked up for the 4K disc itself, with the remaining - plentiful - extras relegated to the accompanying Blu-ray disc.


Well worth checking out.

Aside from the personal introduction from the Director Renny Harlin, the Audio Commentary with him is extremely informative and often quite honest (as is his intro on the Deleted Scenes). There's also a Commentary from the Technical Crew.

There are two pretty substantial Featurettes - Stallone On the Edge: the Making of Cliffhanger and Special Effects: Sarah's Fall & Helicopter Explosion - as well as a number of Storyboard Comparisons, a Trailer Intro with Harlin and the aforementioned Deleted Scenes. Normally Deleted Scenes are deleted for a good reason, but these are deleted for an unusual reason, with the director responding to test audiences with a view to toning down some of the more ridiculous stunts. They are phenomenal - if completely preposterous - and better explain a couple of plot holes left by their removal. Well worth checking out.

Cliffhanger has always been strangely underappreciated in Stallone's filmography - he's associated with Rambo and Rocky, but it's actually this little tale that was his closest to a quintessential Die Hard on a... mountaintop vehicle, remaining a tremendous little action thriller that far exceeds the basic genre expectations. It's also arguably the best climbing/mountain-based actioner of all time.

Studiocanal afford Cliffhanger a superb UK 4K Ultra HD Blu-ray release in terms of native 4K, Dolby Vision-enhanced, presentation, but drop the ball on the audio front, losing out on Sony's purportedly 'exclusive' Atmos track which graces their near-contemporaneous US 4K release. This may well be the tipping point for fans to jump off and import. Extras remain identical, and Cliffhanger has been uncut on home video for a number of years, so it all comes down to whether or not you are - or will likely be in the near future - Atmos enabled. Either way it's a must-have for Stallone and quality action thriller aficionados.