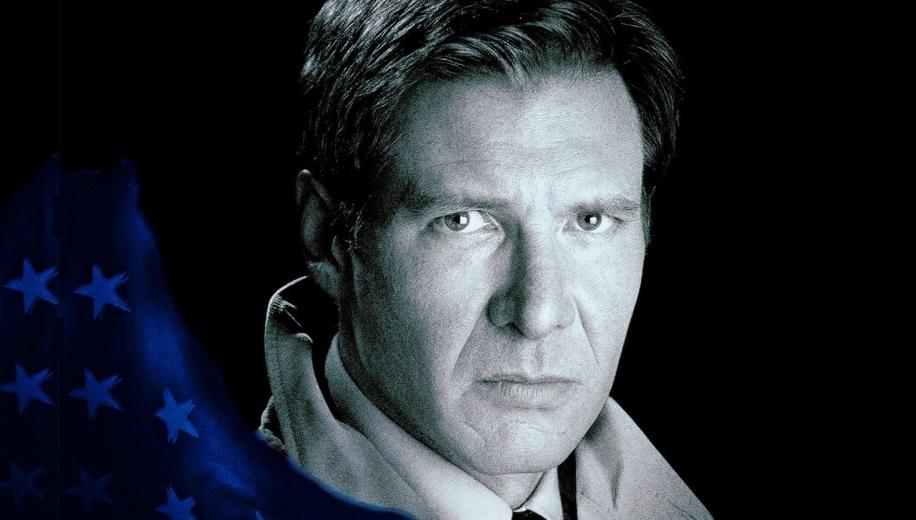 Hitting his stride second time around, Harrison Ford made the role of Jack Ryan his own with the excellent sequel, Clear and Present Danger.

Whilst The Hunt for Red October was an undoubtedly great movie, it was arguably not a great Jack Ryan vehicle (or at least not a great introduction to the leading character); and whilst Patriot Games was a great introduction to Jack Ryan, and to Harrison Ford’s version of him, it was not a great movie, merely a reasonably good one. But with Harrison Ford returning to the role just two years later, he had the perfect chance to consolidate his position as Jack Ryan and finally do both the character and the stories justice.

Tom Clancy's Clear and Present Danger was the most successful novel of the eighties, but it was also almost impenetrably complex, leaving it a sizeable task to adapt for the screen. Director Philip Noyce, returning from his tour on Patriot Games, accepts the challenge admirably, however, crafting a heavyweight spy thriller that covers a breadth of ground and handles tricky dual arenas of drug cartel machinations and high-level Government conspiracies with surprising skill for the time, giving Harrison Ford's iconic Jack Ryan character plenty of meat to sink his teeth into on both sides of the border.


The Hunt for Red October may well be the best Tom Clancy adaptation, but Clear and Present Danger remains the best Jack Ryan movie.

Whether negotiating with cartel bosses or even facing off against the President in one of the most memorable sequences in the film, this was the pinnacle of Jack Ryan's time on the Big Screen. Introducing the world to Clancy's second-favourite character, Black Ops assassin John Clark (here embodied by Willem Dafoe), giving us a slimy President in The Thing's Donald Moffat, two colourful Cartel players through Miguel Sandoval and Joaquim de Almeida, and a bunch of manipulative Government players to boot (Scarface's Harris Yurin and Mission: Impossible's Henry Czerny), whilst bringing back both Anne Archer as Mrs. Ryan and James Earl Jones as Ryan's boss, it was a great cast, really coming together to make every scene and every line work.

Clear and Present Danger - much like Patriot Games before it, but on a grander scale - was a superb exercise in balancing violent action and thinking man's conflict. There's a reason why one of its most memorable scenes - the convoy ambush - was used for decades as a training video in the US, but equally memorable was Ryan's 'tennis' match with another CIA head honcho, carried out over a couple of now-outdated computers, but eliciting a surprising amount of tension out of a scene that was essentially only a battle of words, and wits (a scene which was paid clever tribute to in the latest TV incarnation, Tom Clancy's Jack Ryan).

Indeed it's surprising to look back at a time when you could have a leading man like Harrison Ford play a spy hero like Ryan in a fairly mainstream Bond alternative thriller and never even pick up a gun. It would be the only film adaptation of a Clancy property (or, for that matter, filmed adaptation) where that would be the case, and it's a rare trait which defines some of the best spy thrillers of late (Spy Game, Tinker Tailor Soldier Spy).

The Hunt for Red October may well be the more conventionally entertaining Tom Clancy action-thriller, but Clear and Present Danger remains the best Jack Ryan movie.

The 1994 third film in the series, Clear and Present Danger, was, like its predecessors, lensed with on 35mm, and the film has been rescanned and mastered in 4K, which has been used here for this Ultra HD Blu-ray release.


A tangible uptick in detail afforded by the native 4K presentation.

The first thing to note about Clear and Present Danger is that they've done something quite drastic with the colour timing. Although hardly a broadly colourful film - at least not at the outset - the opening sequence looks acceptable but it segues into a White House conference that looks positively monochromatic, run through with a very light sepia bent. Thankfully this doesn't last, with the South American locations warming things up considerably, although hardly authentically, with skin tones running slightly pallid and only a few colours even coming close to natural vibrancy. HDR and WCG do make the explosions pop, and render stable black levels and strong contrast, and the film was never going to run hot like a Michael Bay movie, even if this presentation arguably at least points it in the direction of the opposite extreme.

Detail is more easily capable of praise. Sure there are instances where that light smattering of shimmering noise commensurate with HDR implementation and - more often - Dolby Vision enhancement, starts to flitter over the screen, and some shots are softer than others, but there are a few exceptional moments where the film suddenly looks brand new. There's a shot where Ryan lands in South American and the aerial shot of the plane coming in looks understandably a little softer and more grainy, but the plane on the runway looks brand spanking new, shiny and immaculate, with superb detail and a crystal clear image. There are plenty of facial close-ups and finer observations which similarly impress, with a tangible uptick in detail afforded by the native 4K presentation. Much like character John Clark's radio call sign, the presentation is eminently variable, but at almost a quarter of a century old, it's still a step up from the Blu-ray and - exceptions noted above, it looks better than it has ever done before.

The audio is in the same shape it was in a decade ago for the Blu-ray release.

Clear and Present Danger, as with the other Clancy titles in this Jack Ryan Collection, and as with the 4K Mission: Impossible 5-film Collection, hasn't been afforded any kind of Dolby Atmos enhancement, with Paramount going that extra mile for Dolby Vision, but rendering the audio in the same shape it was in a decade ago for the Blu-ray release.

Thankfully the Blu-ray's Dolby TrueHD 5.1 track was pretty good to begin with. Dialogue comes across clearly and coherently throughout, and as this is such a dialogue driven affair, this is what dominates the frontal array for the vast majority of the proceedings. Effects are well-observed too (thankfully, considering that the movie was nominated for Best Sound and Best Sound Editing Academy Awards), from boats cutting a swathe through the water to helicopter blades slicing through the air, from RPGs blowing up SUVs to automatic gunfire – both the atmospheric ambient noises and the louder, more explosive offerings are given great presentation, creating a superb soundscape within your living room, and bringing all of the more exciting moments to life.

The score, again irrespective of how you feel about Horner’s plagiaristic tendencies (it's a blend of his work on Red Heat, 48 Hours and Aliens), is an important component of the proceedings, also adding to the tension and enhancing the action set-pieces no end. Unfortunately, irrespective of dynamic surround usage, and clarity of dialogue, there’s simply not quite enough rear usage, even during the more explosive sequences. The LFE channel also does not provide the film with that warm undercurrent that you may have wanted, instead merely coming to life during the infrequent action moments. Aside from these two minor niggles this is an otherwise very good offering.

Nothing on the 4K disc itself, with the Blu-ray still only providing the same short Featurette and Trailer.

Clear and Present Danger remains one of the best Tom Clancy adaptations, with Harrison Ford’s portrayal destined to forever be the unequivocal best film version of the spy character Jack Ryan. After all, what other actor could you imagine coming across as convincing in a verbal stand-off with the President of the United States?


One of the best Tom Clancy adaptations.

Paramount's UK 4K Ultra HD Blu-ray release of Clear and Present Danger - at least for the time being - is only available as part of the 5-film Jack Ryan box set (which also includes The Hunt for Red October 4K, Patriot Games 4K, The Sum of All Fears 4K and Jack Ryan: Shadow Recruit 4K), but it's another great film in the package, coming with a good native 4K presentation complete with Dolby Vision, and arguably looking better than ever even if the sound is the same as before. The set comes highly recommended.