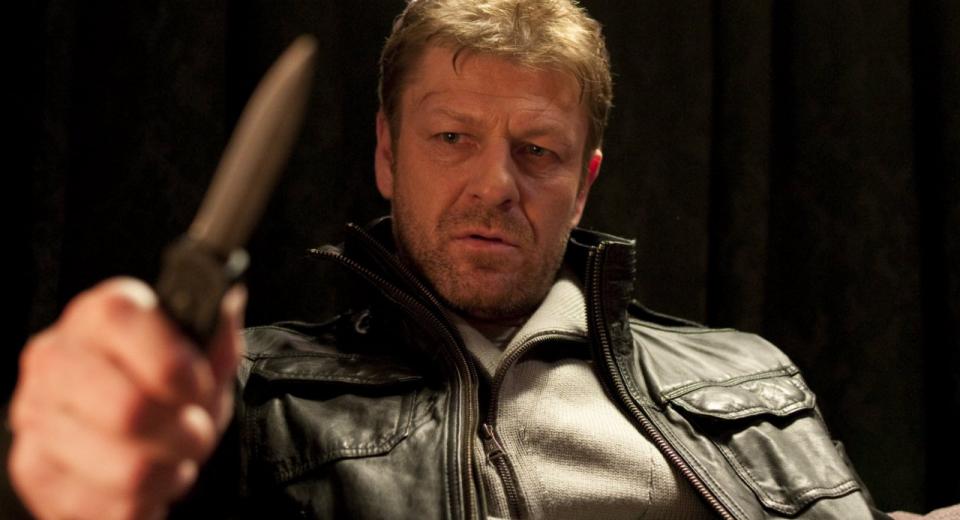 Fresh from his career-reinvigorating performance in the excellent TV series Game of Thrones, Sean Bean returns to (semi-)Big Screen leading man duties in this engaging alternative terrorism thriller which marries up your standard 24-esque hunt-for-a-terrorist tale with a fairly insightful look at the life of not just the predator but also the prey.

Defying its low budget Brit origins, this unusual movie almost has the style and substance required to compete with some of the bigger players in the game, and whilst it’s not a masterpiece of pure originality, it has some unusual touches that help it stand out from the crowd. As a thriller, it does the job – and does it pretty well – but it also tries desperately not to compromise when it comes to character development, leaving the end result a fairly fresh and engaging entry in a well-trodden sub-genre.

Bean plays Ewan, a Secret Service Agent who is tasked with putting an end to a spate of suicide bombings in Central London. His targets are largely unknown – not on any of the terrorist watch-lists – and he has to improvise and interrogate his way from one clue to the next, in an attempt to reach each and every member of the terrorist cell before they get to carry out their final missions.

On the opposite side of the spectrum we have Ash, a British-born Muslim, whose life takes a dangerous turn for the worse when he is recruited and groomed to be an extremist. When he bumps into an old flame from University, however, the taste of his past gives him pause for thought. Does his heart really belong to the cause?

After the 7/7 London bombings of 2005, the term ‘cleanskin’ was adapted from a description of undercover law enforcement operatives with a ‘clean’ identity amongst those they have to infiltrate, to instead mean home-bred terrorists with no prior record for criminal activity.

At its best, the movie attempts to paint an interesting and involving look at the path of one such cleanskin, making elaborate – often successful – use of flashbacks to show his evolution from a simple, intelligent and outspoken student to a relentless death-dealer intent on blowing up innocents. It’s a credit to the film’s commitment to this story thread – taking its time to portray the development – that the character feels well-realised and far from the pure cliché that usually comes part-and-parcel with this kind of terrorist thriller, however there’s an argument for saying that the attempt to be different borders on going too far, drawing the middle act almost to a standstill before the tense conclusion.

Abhin Galeya (Robin Hood) is undeniably good as the antagonist, earnestly conveying the duality of his character without much need for stereotyping or flagrant jumps of logic. You believe that he is at once a student, in love (sparring perfectly with an unpredictable Tuppence Middleton) – ahead of him a promising future – and yet also, in the next breath, a committed terrorist who chose his path with his eyes open. This fine line is seldom pulled off, even in movies and TV shows that try the same tactics.

Sean Bean’s tough protagonist doesn’t get quite the same special treatment, and is simply not afforded enough time and development to match up in depth to Galeya’s terrorist, but largely makes up for it with sheer presence, bringing to the role the kind of palpable gravitas that you might expect from somebody like Liam Neeson (indeed you could easily see Neeson playing this part) – commanding your attention for every moment of his screentime.

From his heroic Sharpe and Game of Thrones roles, to his villainous turns in everything from Ronin to The Island, to the flawed anti-heroes in-between (Lord of the Rings), Bean is a surprisingly underrated and under-utilised actor – and Cleanskin is just another example of his talents. With minimalist dialogue, and – unusually – less screentime than his terrorist target, he still forges a solid depiction of a man embittered by age and experience but driven and determined in action, even if we could have done with more time and insight into his own conscience.

Taking orders from two senior handlers – played with equal parts refinement and shadiness by veteran actors Charlotte Rampling (Never Let Me Go, I’ll Sleep When I’m Dead) and James Fox (Patriot Games), who add a welcome further layer of conspiratorial intrigue – and partnered with a predictably blunt, hard-nosed, younger operative, Bean’s Secret Service Agent tortures and shoots his way to the truth; prepared to do whatever it takes to get the job done. But at what cost?

Indeed Cleanskin can actually be quite surprisingly brutal at times, and is certainly refreshingly raw in its depiction of violence on both sides of the coin. Whilst it may not carry a particularly weighty political subtext (c.f. Four Lions), or deliver the standard Hollywood action beats (Green Zone), it still maintains a feeling of relevance; as if the process of being fictionalised for entertainment purposes did not wipe away all trace of the real events that must have informed the script.

Written, produced and directed by relatively unknown Hadi Hajaig, the end result is a film that went completely under-the-radar both in the UK and across the pond. It’s a shame really, and the marketing didn’t help – the movie promoted with an uncharacteristically explosive poster that has the words “fight fire with fire” blasted across the top and could easily be mistaken for just another straight-to-DVD Steven Seagal release. Hell it even has military helicopters photoshopped into the frame! And what’s with Eastenders’ Michelle Ryan headlining the cast? She gets one line and just a few seconds of screentime at the beginning – since when did the flop series Bionic Woman make her a big star?

Beyond all this misleading propaganda you will find that Cleanskin is actually a pretty good thriller in its own right. Hajaig may still be honing his talents as both writer and director – failing to quite perfect the art of juggling either non-linear stories or dual lead character-arcs – but his ambitious effort is still worthy of admiration. He doesn’t want to go for the easy route, and refuses to cater for those expecting black and white answers as to outright right and wrong, instead aiming to thrill and entertain (with more than enough twists to keep you on your toes), whilst also taking the time to inform and expand upon areas which, in movies like this, are seldom fleshed out. It certainly feels fresh, despite the fact that it is often treading very familiar territory, and despite the fact that it is far from a perfected end product.

With a bigger budget, a more refined script and a slightly more experienced hand behind the camera, I suspect Cleanskin could have been developed into a serious new contender in the sub-genre, but the fact that it doesn’t quite hit that mark shouldn’t put you off – with the materials Hajaig was working with, and the restrictions, this is still a surprisingly stylish and often brutally action-packed terrorist thriller that may just be one of the best-hidden gems of the year.