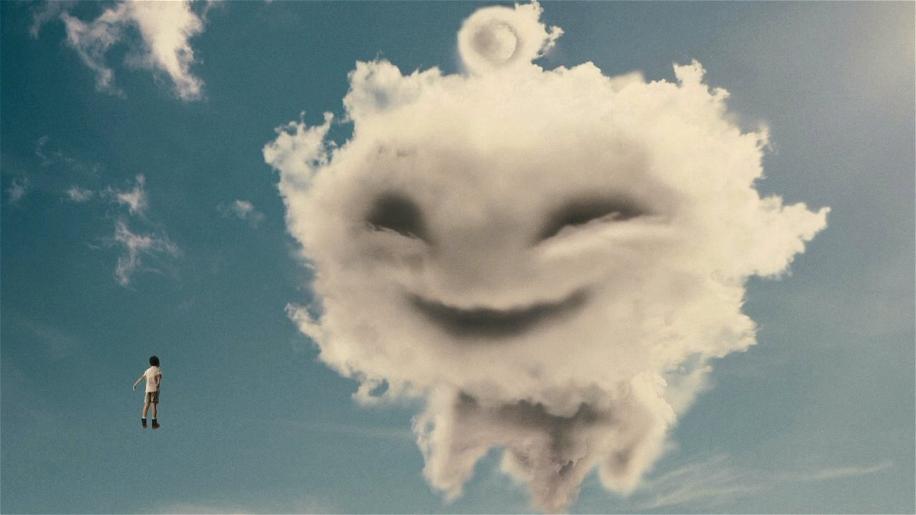 It took a couple of years, but I finally managed to track down a copy of Shaolin Soccer (2001) in 2003. I wished I hadn't waited so long, because you see Shaolin Soccer is one of the finest comedies ever made and instantly became one of my favourite films. It was a worldwide hit for its writer/director/star Stephen Chow, who, whilst being very successful in his native land suddenly had the whole world looking at him. On the back of it and with a considerably larger budget Chow came back with Kung Fu Hustle in 2004, a sort of hybrid comedy/musical/gangster film. Whilst it was again critically acclaimed and surpassed Shaolin in terms of box office receipts, personally I was left somewhat under whelmed. So when his latest film landed, I eagerly spun it to see if Chow had got back to form.

Ti (Stephen Chow) and his son Dicky (Jiao Xu) are extremely poor, Ti working all the hours to send Dicky to private school to make the best of his life. Dicky, struggles though, he is not particularly bright, is un-athletic and bullied by the rich kids. Whilst he might take the bullying, his principles do not allow him to see others suffer as he valiantly defends an overweight girl. He is however still young, he still wants what he cannot have, in particular the latest robot toy, a dog called CJ1. Unable to buy the toy, Ti scavenges in the city dump, where most of their possessions come from, and finds a ball which he gives to Dicky proclaiming it to be CJ7, the next best toy above the CJ1; amazingly it turns out to be a kind of alien dog. CJ7 has regenerative powers, turning a rotten apple back to a lush fruit; seeing this Dicky dreams that with his new friend he can ace a school exam, put pay to the bullies and run rings around his gym teacher. When things don't go quite according to plan Dicky has possibly the worst school day of his life. It seems, magical as CJ7 is, his being around causes more pain than it is worth and when an argument ensues between Ti and Dicky, then Ti suffers an horrendous accident at work, things just move from bad to worse. Were things better before CJ7 came along, or can the little alien bring light to the end of the tunnel?

One thing is certain; Chow certainly knows how to stray from the norm. Whilst the character he plays is nearly always the same; a down trodden, poor worker, but with strong morals and fierce determination; the positions that character finds himself in are wildly different. Here Ti is a devoted father, a widower bring up a son, trying to install in him strong values that will lead him into adult hood. The relationship with his son is mostly very good, Dicky, knowing little better accepts his position in life. However, Ti also has strange values on pride, he will stand toe to toe against his employer demanding that he keep his job, or defending his child's honour, but will spank Dicky in front of shoppers when he won't put down the CJ1 toy, seemingly embarrassed by both Dicky's behaviour and his own inability to buy what his boy so desires. It is a curious character and one that walks a fine line between child abuse and stern parenting.

Dicky, played by Jiao Xu (actually a girl) with absolute charm, is another complex character; filled with the wants and desires of the young, but the morality taught by his father. Take for example his standing up for the (comically) overweight girl, his morals dictate he stand in the way, but his desires mean he spurns her advances. Xu is a wonderful little actress, she captures a wide eyes innocence and a jealous egomaniac that is within most kids, I mean Dicky's desire to ace his exam, show off to the school and rub his gym teachers face in the humiliation he has suffered over the years are real emotions that befall a hapless student, particularly one that is singled out both by teachers and the other children for ridicule. Watch also her comic timing as she grapples with her emotions to scream out about the ghost in the cupboard! Xu shows a wonderful range too, the full spectrum of emotions and is never better when confronting her peers or breaking down with the overall emotion of it all. She outshines everyone one else on screen, including the adults, and puts other child actors, including the ones in this film, to shame.

For CJ7 is a very emotional film. It's said that all comedy is tragedy; well CJ7 has its fair share of tragedy and then some. After CJ7 fails at helping Dicky with his school (with, it has to be said, hilarious results) there is nothing but tragic events building up to an inevitable fall. And whilst the outcome may be seen right from the off, the continuing roll over is both heart-warming and poignant. Chow certainly knows how to wring out a scene and not afraid to test his audience with the emotional level. One minute you are literally crying with laughter, the next you are just crying.

Chow's effects team have once again excelled themselves, CJ7 is purely CG, even when Dicky runs his fingers through its hair, its incredible to watch - still CG to be sure, but still incredible. There are still the scenes of outlandish kung fu as in all Chow's films, but that somehow never seem out of place. The fight between the overweight girl and the rich kids bodyguard being a classic example of excess and madness mixed together to form a cohesive whole. Those that know his films will also see a whole host of previous collaborators faces popping in to fill out the parts; too many to name in fact. It is this family atmosphere with the whole endeavour that makes the film, ostensively about family life and values, really work. There may be scenes of outrageous lunacy but everything eventually comes back to Dicky and his trying to get through life on the hard side; with a father that loves and cares for him; it takes a tragic turn of events for that to really be shown - you never really miss something until it's gone.

CJ7 is a very different film to Chow's two previous box office hits some might argue that it is not so accessible, and there is good reason, however, those that know Chow and his work will become fans, I know I have - well worth a blind buy, just as I did with Shaolin Soccer all those years ago.