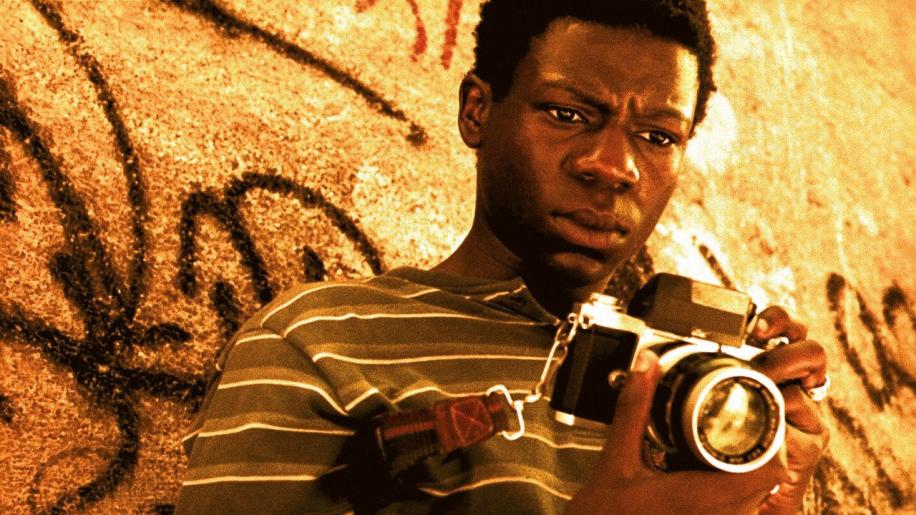 City of God is the name of the most notorious slum in Rio de Janeiro, a place where the government of the country has dumped its poorest citizens so they can be forgotten about. While the world sees the tourist postcard Rio with its carnivals and beaches, the real residents of the city are fighting a losing battle against the drug runners and dealers who kill with abandon. The film is based on the true story of a Brazilian who made it out of the slums with his honour and dignity and follows him growing up in the City of God. The main gang when he is young are the Tender Trio, three wannabe gangsters who are helped by a 10 year old boy Lil' Dice who even at this tender age has the criminal mind and dreams. After a botched robbery the Trio are soon taken care off and Lil Dice starts his climb to the top. The narrative of the film jumps backwards and forwards through the timeline, reaching an important point and then jumping back to show how we got there. The documentary style of the production adds to the reality of the movie which is often fascinating but always harrowing. The story is told through the eyes of Rocket, a young man trying his best not to give in to the criminal lifestyle and who has a love for photography. We see the rise of Lil' Dice who changes his name to Lil' Ze, as he disposes of his rival gang leaders and becomes the main supplier to the ghetto. His only rival is Carrot and both co-exist because of Ze's right hand man and the slums become a safer place thanks to the gangs use of fear to stop the criminals out with the gangs bringing police attention to the slum. Things don't stay simple for long however as there are always people looking to take back territory and before long a full out drugs war breaks out and changes everything.

The shocking point of this story are that the drugs lords are little more than teenagers and their soldiers are kids. These kids have no fear and certainly no problem in killing to get what they want. City of God is uncomfortable viewing at times, but the direction and tight script make this a must see cinema event, recommended.