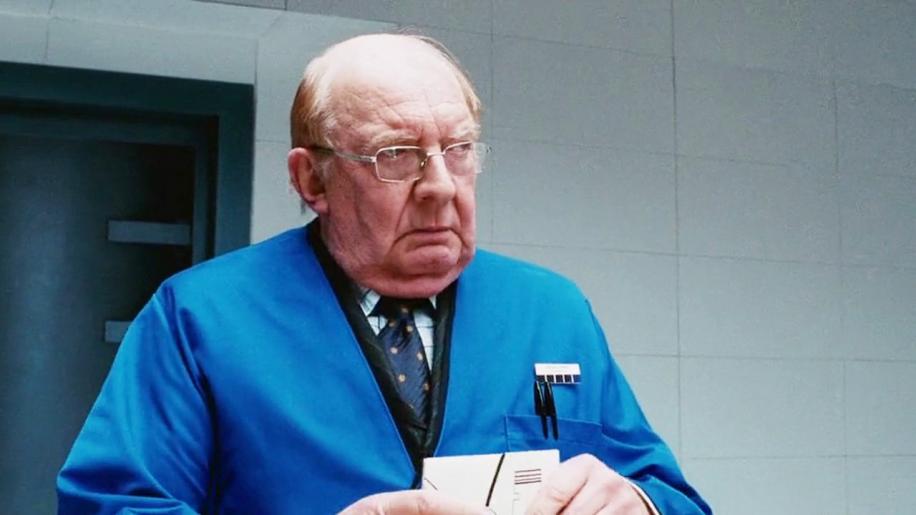 The world has died. We don’t know why, or from what, or under what conditions, but it has died nevertheless. No preamble, no answer, no question. Just a dead world, or at least an uninhabitable surface. And if that wasn't bleak enough, as a result of what has happened to the world, the human race has had to abandon the surface in favour of an underground city - the City of Ember; and this is where our story takes place: a crumbling city and the struggle of its inhabitants as they cope with food shortages and power outages. But there is still some hope... a group of scientists (known as "Builders") place, in an impenetrable box, instructions to escape from the City, for the 'good of mankind', setting the timer for two hundred years hence and entrusting it to all future mayors of the City – but with the unexpected death of one of the mayors, the lineage is broken and the box becomes lost ... That is the opening of Gil Kenan’s filmic take on Jeanne Duprau’s 2003 novel City of Ember.

Everyone knows the problems inherent with adapting a novel to a screen play, but of them all, I think timing has to be the most problematic. Books can take their time with everything, from getting to know characters to building entire worlds – with film, even ‘epics,’ there simply isn’t enough time. Take, for example, Lord of the Rings; in the books Frodo had the ring for over sixty years before he had to do anything with it - in Jackson’s nine hour opus it was more like six days! So, when we look at ‘Embers opening sequence, it might be natural to think that we are skipping time compared to the book. But that is not really the case, yes the book had the city designed and built, but the opening is deliberately vague; we are not supposed to know who the ‘builders’ are, we are not supposed to know what catastrophe so affected the surface that it forces evacuation to the underground and we are not supposed to question why any of the inhabitants know nothing of their lifesaving imprisonment. Now, in books I like this kind of approach - not really knowing or understanding everything at once - working through a good book brings understanding along the way. I find early Clive Barker is a particularly good example of this. But here, the beginning of ‘Ember just seems rushed, as if we have missed a big part of the story – I can deal with unknown ‘builders’, unknown catastrophes and a lineage of mayors entrusted to keep the secret of the box safe, but what frustrates me is the ignorance of the inhabitants – surely the original men, women and children must have known they were going underground? How is it then, that the escape solution from the city is embedded in the impenetrable box and that that box is trusted only to the leader of the city? There are plenty of other questions that will come up later, however let’s take a closer look at the film.

After the opening description of the plot, the death of the seventh mayor meaning the significance of the box being lost, we are introduced to Doon (Harry Treadaway) and Lina (Saoirse Ronan) on Assignment Day, the day when they come of age and are ‘assigned’ a job for the good of the city. Doon is practical, his father Loris (Tim Robbins) is an eccentric builder himself, having made a breakfast making machine and friendly robot, and wishes to use the skills gained from his father for the good of the city - help rebuild the failing generator, the source of heat (well actually cooling, ventilation and water extraction if you want to be correct, even though the film fails to mention these aspects) and light – it powers the thousands of light bulbs that are suspended from the cavern’s roof. Treadway plays Doon with an eager personality, wanting desperately to get his hands into the machinery, but always being denied his opportunity. The eagerness of youth tempered by the practicality of responsibility comes across as more than just frustration and risk taking. Lina, on the other hand, is far more whimsical and her journey of discovery involves much more. Ronan plays her with an air of grace, happy-go-lucky and keen, but when the burden of responsibility is thrust upon her, that resolute nature and drive over take the character and she becomes the reluctant, but believable leader. Obviously friends from the outset, when the two are assigned jobs, messenger and pipe-worker, respectively it comes as no surprise when they trade careers to the benefit of both themselves and to the city itself. It is through these two characters eyes that the story is told; Doon sees the crumbling city, its power reserves failing and daily power outages; Lina sees the food shortages and discovers the instruction box, and together they uncover corruption in high places, face wrongful arrest and race against time to discover the secret of the box and possibly escape Ember forever.

There are plenty of familiar faces to help them along the way; I’ve mentioned Tim Robbins, but other names are Bill Murray, as the mayor, Liz Smith, as Granny, Marianne Jean-Baptiste, as Clary and Martin Landau as Sul to name but a few. These actors fit their roles perfectly, which is a shame because it’s almost looks like typecasting. Lis Smith is playing Letitia Cropley from The Vicar of Dibley, Marianne Jean-Baptiste is playing Viv from Without a Trace and Martin Landau is playing that lost old man with a soul that he does so well. Murray, though, does break type, he is not a wise cracking, dry-humoured rouge but a rather unsavoury character; a slimy, hording, out for himself, corrupt politician. But, and here’s the rub, he never manages to inject that loathing we should feel. Imagine a character so despicable as to steal the food from babies, (we never see this, but this is exactly what he is doing) surely we should feel disgust and hate towards him. When accused there is even no menace in his threats. Now I know Murray, he can make a character, take a look at how infuriating he was as Ernie McCracken in Kingpin – that is the kind of character needed as the mayor. Unfortunately we have ‘Murray light’ and it is to the detriment of the character and the film.

Ember asks a lot of questions. But infuriatingly rarely answers them. It hints at a deeper mythos, such as the ‘darkness beyond’; questions such as “Why are we not alowed beyond the light?” are never given explicit answers, the entire civilisation lives underground, but, crucially, they don’t know it, thus beyond the city lights there is nothing but darkness – there are no batteries, or candles, only cabled lights, thus there is a physical limit to the distance light can travel. This is a fascinating case of an idea brought about by necessity, a religion, if you will. But that is as far as it goes, there is no actual explanation, nor should there be, but I’d have liked to have seen a bit more about their ideas as to why. One character, after exploring beyond, returns with the mouth piece of a stag beetle, but it is huge. The film-makers go to great lengths to show this, the severed mandible, the book which they use to identify it, they even ask “how did this happen?” – but then it’s dropped never to be mentioned again. I don’t need a resolution to every question answered; it’s positively refreshing to have to think about one’s viewing, but to just drop such a huge question and leave it hanging, didn’t sit quite right. Another thing, the gargantuan mole that terrorises the pipe-works ... where did that come from? Why is there no city defence against such happenings? Why does no one speak of it again? Why was there an earlier abortive attempt at escape from Ember, before the power problems? What drove those first pioneers to seek an escape? Did they feel trapped, or was it just for the adventure of discovery?

Perhaps the most perplexing question is that if the world is dying, why is no one doing anything about it? And make no mistake, Ember is dying, its generator is failing and food is running out. But no one, those in government, or the people in the street, are concerned enough to do anything about it other than let the maintenance crews work their magic once again. Basically it’s unrealistic. Only Doon and Lina have the gumption to stand up and fight for what they believe in. Helped, of course, by the discovery of the instruction box, they decipher the message and are forced, by their fugitive status to race against the authorities and find a way out.

Upon its initial release, City of Ember was touted as a kids action adventure and slammed by the critics as having not much action and precious little adventure. Whilst that is a little harsh, I can see why such levels of criticism are drawn. Infuriatingly Kenan directs with a sure hand, the film looks spectacular, it is paced very well and builds to a suitable climax, but is hindered by too many unanswered questions and a story that doesn’t quite work as it should on the big screen. It is such a shame, because I actually quite like the film. Think of the philosophical questions that could have been explored with a society that has grown up, unknowingly, underground, a society whose laws, beliefs and physical being are shaped by their very environment – a decaying environment at that. The very epitome of sustainability, yet utterly reliant on a finite generator. Perhaps I am expecting too much from what is ostensibly just a ‘kids’ film – but as Pixar have shown you don’t have to dumb down to appeal to kids. City of Ember is a good film, but it could have been great.