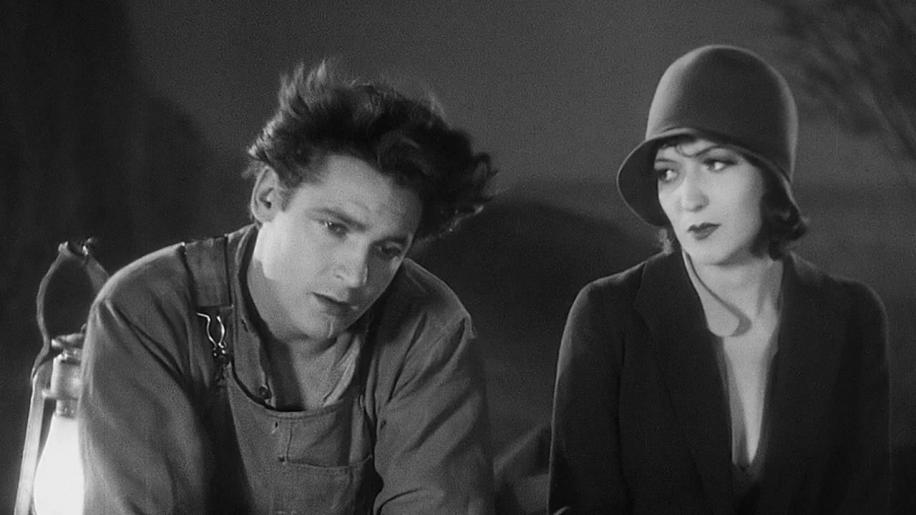 In 1926 William Fox of the Fox Film Corporation, ultimately becoming the Twentieth Century Fox we're more familiar with today, persuaded Friedrich Wilhelm Murnau to emigrate from his German homeland to the shores of the United States of America. The economics of the German state at that point in time made movie production almost financially impossible, the shadow of a fascist regime was on the horizon and Hollywood, then as today, had the allure of bright lights, enormous amounts of cash and, perhaps more importantly to Murnau, a wider audience who would ultimately see his movies.

His expressionist work in Germany had already brought the world some incredible features. His perhaps best known, Nosferatu, The Last Laugh and my personal favourite Faust, shows us a director intent on artistic integrity, melancholy writing, cinematography comrising of shadows and angles and a social awareness which just was not apparent in the US daily editions of the latest Keystone Cops adventure. Fox wanted Murnau not just for his recognised talent but also to try and add some artistic weight to his studio's output.

During his tenure there Murnau would only direct four films before his untimely demise in a car accident in 1931; Murnau would only have been 42 years of age. It would have been interesting to have seen his next movements in the film industry though. The onset of the talkie was somewhat of a blight to a man who would tell his stories purely by the moving image itself; cinema in its purest form. As far as Murnau was concerned the spoken word was not needed. The technology to bring those spoken words to the film though hindered his filming style; the camera had to be more or less fixed in place, covered by bulky and obtrusive boxes to dampen the sound. The flowing nature of some of his tracking shots would be curtailed with movement being at a minimum, and he felt this restricted his choices as an artist: it was not for him.

He produced his first feature for Fox the year following his emigration, the now widely acclaimed Sunrise. A simple enough story of nature against city, naive against worldly wise, the seduction of one man by the vampish allure of a woman from the city. His second, 4 Devils, is alas lost and it is his penultimate US film that is discussed here: City Girl.

In some ways City Girl closely resembles the original, simple plot of his earlier Sunrise although the tables are turned somewhat. The man, Lem (Charles Farell) travels to the city (and en route rejects the advances of a steamy vamp on the train) to sell the family's wheat crop. Whilst there he falls in love with, and marries Kate (Mary Duncan). After selling the crop they return home, he to return to work on his father's farm, her to live the life in the country she has often longed for.

No one said it was a difficult story to get your head wrapped around, and the depth of the plot is not what is important in this regard. This simple storyline has all the hallmarks of a Murnau production and is a welcome addition to his body of work. Murnau manages to include themes similar to those he included in his previous feature, e.g the contrast between the seemingly idyllic countryside lifestyle and the bustling sway of the city streets. Whilst those in the country appear humble and pious those in the city have almost lost their very souls, slaves to time and machines. Their daily bread even cut for them whilst the famer cuts his own. That bread (Our Daily Bread was a working title for City Girl) was made by the sweat of the farmer's hands, grown, harvested, cooked by the mother of the household and finally cut by his own knife, is simply reduced to one brief glimpse of bread being cut by a machine in the city. It's as though Murnau is indicating that the city dwellers do not, and almost cannot, appreciate the work and effort that goes into something as so simple as a loaf of bread.

Like all his other films, the style, lighting and cinematography is pure Murnau. Throughout this film you will wonder at the scenes he manages to construct, the angles he chooses to use, and most importantly the subtle lighting effects he and Ernest Palmer used to set the mood of the indoor scenes through the feature. It is these constructs, learned and crafted during his formative years in the expressionist days in Germany, that Murnau brought to Hollywood, after which many other directors learned from his skills and implemented his techniques in their own productions.

But ultimately technology got the better of Murnau and his time in Hollywood was not all light and roses. Al Jolson's Jazz Singer was just around the corner and whilst Sunrise and City Girl employed the Movietone sound-on-film system, providing a recorded score and sound effects to be 'embedded' in a movie for the first time, the movie going public wanted more; they wanted to hear those actors talk and sing. The studio moguls reacted to this desire and more than half way through City Girl's production demanded speech be added. Murnau objected to this, resigned from Fox Studios and the film was then finished by others more amenable to the studio's demands.

Initially then it was a talking version which was released and the original we now have access to was not uncovered until 1970. Only now can we appreciate the movie Murnau had in mind all those years ago. City Girl perhaps does not have the accolade which has befallen Sunrise but it is none the worse for it, and in reality the two should perhaps be viewed together as almost mirror images of a similar theme. This is still Murnau at his best, his trademarks permeate the movie. It's perhaps a little more accessible than his earlier, expressionist works and it, more or less, draws the curtain on a talent which was cut all too short.

There are many Murnau movies which any self respecting lover of movies should have in their collection and, yet again, it is to Eureka's credit that we are able to enjoy this in a newly restored Blu-ray release. Now all I need to do is hope that Faust will be next on their Blu-ray conversion list.