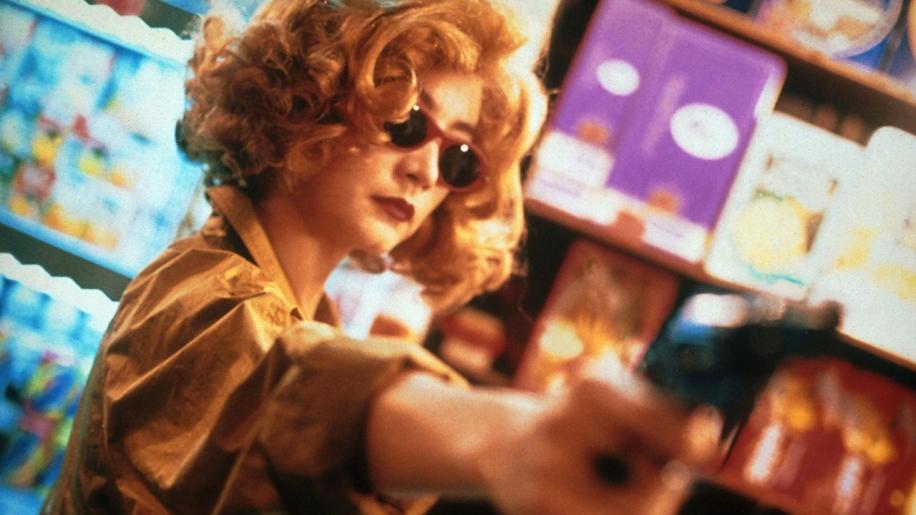 Criterion have long been the Gods of DVD restoration bringing modern and contemporary as well as genuine classics to the home format, lovingly restored, and in most cases looking better than their original screening. With only Eureka's Masters of Cinema as rivals, Criterion has a huge catalogue and anyone who is anyone will know their name and own their copies. Like Eureka, Criterion haas moved into the Blu-ray market and we have eagerly awaited their discs on this new format to see just how good they can make their products look. For our first look I have chosen Wong Kar-wai's Chung Hing sam lam (Chungking Express) as it's a very vivid film both in terms of look and style. So without further ado lets us delve into love loss' mournful dream.

I can quite safely say the Chungking Express is unlike any Asian film I have ever seen; it is filled with the type of eye candy and product placement normally associated with films from the west. Famed auteur Wong Kar-wai wrote and directed Chungking Express while he was editing his martial arts epic Ashes of Time. I have no doubt that the very little time (only some twenty three days) and budget available conspired to help him produce a body of work quite apart from anything Asian cinema had produced before. This review does contain a few spoilers.

This film is very much two separate stories, each containing similar elements which cross reference each other and when combined form the common theme of love and loss. For the first half hour we are with cop #223 (Takeshi Kaneshiro), he has been left by his girlfriend May (whom we never get to meet) but refuses to accept it, preferring to think of it as an April fools joke (they broke up on April 1st). Having set 1st May, his 25th birthday, as the time he will deem the relationship over, he comes to terms with his loss by buying tins of pineapples that expire on that same day, one for each day that they have split. He finally eats them on his birthday. During this time we are introduced to the enigmatic 'blond lady' (Brigitte Lin) a drugs dealer whose Indian smugglers have run off with the haul. In a strange twist of fate these two persons meet in a bar on the night before #233's birthday and the connection they make gives each the strength they need to move on.

The second story is linked to the first by the Midnight Express snack bar. There we are introduced to Faye (Faye Wong) a distinct flibbertigibbet with a passion for loud music and daydreaming. She has a crush on Officer #633 (Tony Leung) himself on the rebound from a fling with a stewardess. Officer #633 goes about his business, interacting with inanimate objects in his house as he comes to terms with the break, all the while ignoring the 'Dear John' letter left for him at the snack bar. After the curious staff steam open the envelope, Faye takes it upon herself to use the keys within to spend time at #633's house, tidying, playing and imposing her own touches and personality on the place. These are some of the finest moments of the film and you can feel yourself warming to Faye's character as she places herself in a relationship without the other knowing. Eventually she is caught in the act and this gives #633 the push he needs to sort himself out and to ask Faye on a date. The end of the film brings some lovely warmth to your insides.

Seeming more at home in the avant guard film bracket rather than the typical Asian film, Kar-wai produces a visual extravaganza and still manages to put in the little human touches that bring home the reality of the story. It is incredibly stylistic in both terms of colouring and camera work. Each story has individual cinematographers, the first Wai-keung Lau, while the second was Christopher Doyle and both add something unique. The camerawork and lighting show up the medium of film in a way Asian films have never dared and it is testament to Kar-wai's story telling that we are drawn along rather then shocked into the medium.

It is incredibly well scripted, each scene drawing on the next and leading into everything subsequent; seemingly insignificant developments have huge impacts, such as Faye finding a long hair in #633's bed and then challenging a waitress the next time she sees him. The actors and actresses were all were chosen for a combination of their looks and fame; each bringing something special to the their respective roles, Takeshi Kaneshiro utalises his talent for languages, Brigitte Lin, in her last film role, brings true enigmatitism, Tony Leung takes on his spiritualist side, but it must be Faye Wong in only her second outing as an actress, and actually maturing as the film progresses, who steals the show with all of her scenes. Her playful antics in #633's house are a joy to watch - one just can't help but fall for her. In fact from now on The Mamma's and the Papa's California Dreaming will remain indelibly juxtaposed with her in my mind.

This is no ordinary love story and it can work on many, many different levels. Scholars and critics have discussed and interpreted the various themes in Chingking Express for years and indeed continue to do so; but one thing is for certain it is a terrific film deserving of all the praise heaped on it and one that can be watched many times and still there will be something new to discover.