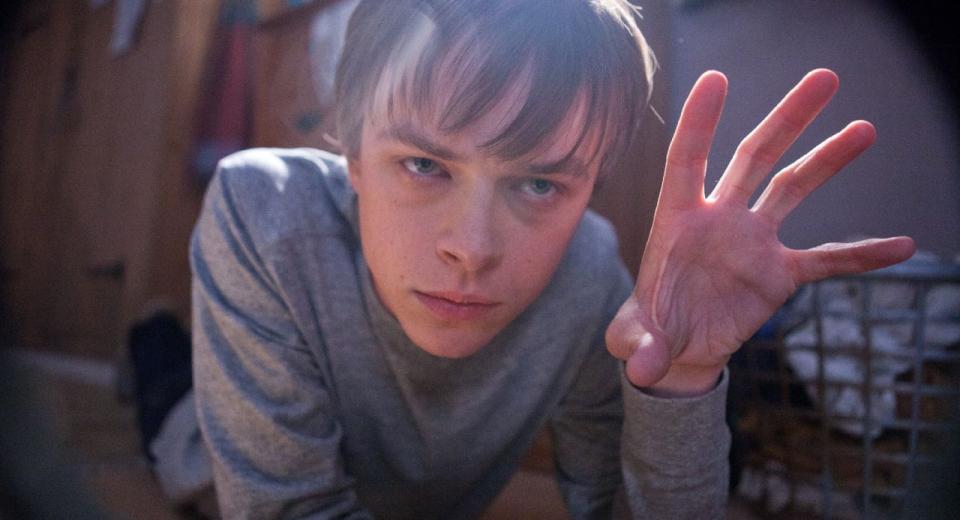 Chronicle comes to Region Free UK Blu-ray complete with a surprisingly good 1080p High Definition video presentation in the movie’s original theatrical aspect ratio of 1.85:1 widescreen. Sure, it loosely abides by the premise of being shot by a student on a handheld camcorder, but it manages to just about juggle both the dodgy look of an amateur camcorder job and the pristine detail-popping magnificence of a modern, digitally-shot production. The end result somehow manages to be just flawed enough to allow you to suspend disbelief with regards to the former, whilst also boasting a more than enough stunning shots to impress as the latter.

Clarity is strong, and fine object detail is generally very impressive, with skin textures and clothing weaves benefitting from decent observation. Digital defects are non-existent, and there’s no overwhelming DNR usage – indeed, aside from some variable noise levels, which become more of an issue during the darker sequences, the only real ‘defects’ with this presentation are wholly intentional: film jumping, scratches and glitches, all designed to give that requisite ‘filmed whilst the action is happening’ effect. The colour scheme is also bright and vibrant, with a mostly natural, campus-based palette but some nice vivid touches thrown in to the mix. Contrast is good and black levels are strong, allowing for some very HD-friendly touches to be thrown into the faux-documentary production. All in all, even though it’s trying to look amateur, Chronicle manages to still impress at a professional level. Maybe not demo quality, but it’s hard awarding a reference mark to a film which intends to look amateurish. This one, however, comes very close indeed. Impressive. Similarly the accompanying DTS-HD Master Audio 5.1 track is lively and energetic, drawing you into the proceedings as if you were actually there, and further allowing you to be swept up in the increasing chaos. Dialogue comes across clearly and coherently throughout – and is seldom stifled by even the most dramatic effects – dominating the frontal array wherever appropriate. Effects are surprisingly punchy, with many of the superpowers being distinguished as much by their sound as by their visual effect. There’s a great atmosphere created – more noticeable in some scenes than others – and scenes like the exploration of the cave truly growl at your threateningly. Parties are bustling and feverish, nightclubs stomp with energetic beats and throb with the pulse of the crowd, and later on we find ourselves soaring through the skies, facing road crashes and rainstorms, crushing cars and blowing chunks out of buildings – with bullets whizzing across the soundscape. Whilst there isn’t a huge amount of rear action, there’s plenty of directionality and separation – with a superb LFE input that gives the overall result some serious wallop. It’s excellent. In terms of extras, aside from the option to watch two versions of the film, we get just a very light smattering of extras. There’s a minute-long Deleted Scene with Matt and Casey fooling about over breakfast; I’m not even sure why they included it here – it’s too similar to the extra footage in the Extended Edition. Then there’s the longest of the extras, 8 minutes of Pre-Visualisation animatics from 2 of the key effects-driven sequences. The Actors’ Camera Test is 4 minutes of test work for the scene at the diner, and finally the disc is rounded off by the Theatrical Trailer. Thankfully at least everything (but the animatics) is presented in HD. There's also a Digital Copy of the movie included. Amazingly, amidst all the superhero spectacles out there – and the desperate desire to scare audiences with eyes peering at you through a nightvision lens – somebody has managed to combine both superhero movies and found-footage films into a production which does not lose sight of the characters within. Boasting strong performances and a grounded story, Chronicle offers up a clever cross-blend of genres, utilising the found-footage style to smooth over any budgetary restrictions, whilst still delivering some memorable moments. In an age when you wouldn’t really think we need too many new superhero franchises, it may well be the start of something quite special.

On Region Free UK Blu-ray we get both the Theatrical Cut and the Extended Edition of the movie. Honestly, there’s not much between them, and we really should have just had the Extended Edition all along. The video and audio presentations are impressive, and the option to have both cuts somewhat makes up for the limited extra features – which do still have a couple of nice options. This one comes recommended not only to those who are interested in superhero movies, or found-footage films – indeed those who don’t even like either could easily enjoy this. There’s some well constructed drama on offer here, character-driven and grounded in real and palpable consequence; don’t be put off by the method by which they convey their story – this is a great little indie drama which is well worth checking out.