Children of the Corn Movie Review 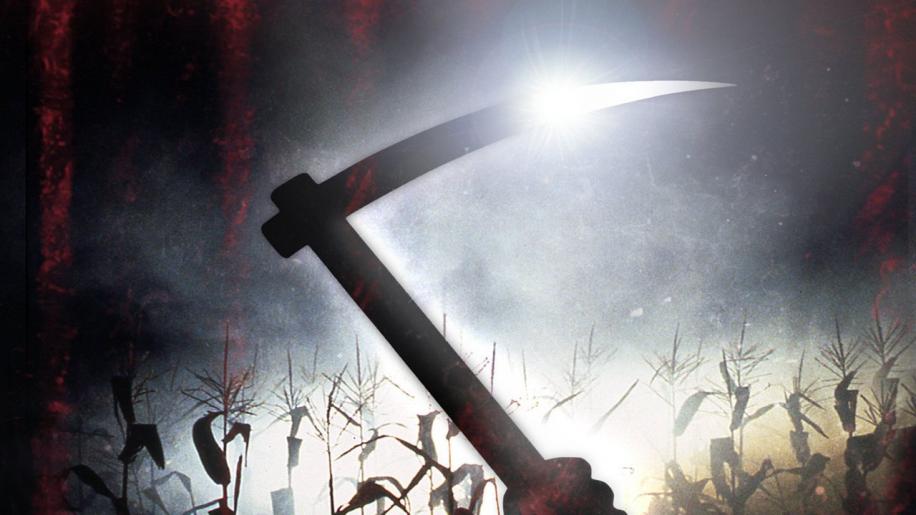 Back in the eighties, Stephen King could do no wrong. Every book he published went straight to the top of the bestseller lists, and it also seems that everything he wrote also made it to the cinema screen. Nowadays we are aware of the quality adaptations that were made from his work - the likes of Stand By Me, The Shawshank Redemption, and Misery to name just three. However, for those of us old enough to remember the decade that taste forgot - there were many more King adaptations that were quite simply absolute tosh.

The question is, though - just where does Children of the Corn stand in the King canon? Well, the signs were originally promising. Some of King's longer fiction can be rather too long winded for effective cinematic adaptation, but this film comes from one of his short stories. An effective page turner, it is a short and quite brutal tale about a town where the children have gone rather mad, and killed all the adults. The film follows the short story fairly faithfully, although it does change the ending to the film's detriment.

Burt and Vicky (Peter Horton and Linda Hamilton) are a young couple driving through the cornfields of Nebraska. Taking their eyes off the road for a moment, they run down a young boy. On inspecting the body, Burt soon realises that the boy's throat has been cut and decides to take his body and find the nearest town. He is warned to stay away from the town of Gatlin by one of the locals, and instead tries to find Hemingford. Unfortunately for the couple, all roads and road signs seems to literally point towards Gatlin and eventually they end up there through no choice of their own.

Once there, they discover a group of children all aged under 19. These children follow a deranged leader Isaac (John Franklin) and his leuitenant Malachi (Courtney Gaines), and Isaac draws his instructions from an unseen God “He Who Walks Behind the Rows”. The key part of this religion is that once the children reach the age of 19 they must sacrifice themselves to their God in the cornfields. Of course, once Burt and Vicky arrive in the town the children are determined to ensure they don't escape.

With a plotline like that, it was probably unrealistic to expect a cinematic masterpiece. But the original short story does make some interesting points about religion and it's influence on the human race. Whilst not as in depth as Lord of the Flies, it still has something to say about the nature of childhood left to run wild. It also has some effective scare scenes. If the film followed the story faithfully, the opportunity was there to make an effective little shocker.

Unfortunately, the inevitable consequence of the conversion onto screen is that the film lacks any of the undercurrents to be found in the source story. This is fine, there is a place for cheap and nasty exploitation horror flicks on anyone's shelf. Sadly, though this film is only cheap - for a horror film, this is surprisingly anaemic.

This is noticeable right from the early scene, where the children first go on the rampage and murder all the adults. The potential is here for a truly scary scene, with a slow build up of dread and terror, and some horrible imagery of children carrying out unspeakable acts. However, the film eschews any kind of atmospheric build up - instead heading straight for the aforementioned massacre. Unfortunately, here the film simply wimps out on providing any kind of gore or shocks. Whether it is down to the budget, or the fear of showing pretty shocking scenes I cannot say - but the film simply cuts away to splashes of blood any time anything horrible happens. Thus without the scary atmosphere build-up, or the expected gore payoff, the viewer can feel rather short changed.

The plot, thin enough in the original short story, is stretched to breaking point over the length of a 90 minute movie - with no subtext included whatsoever, the story is simply not strong enough. The director is thus reduced to stretching out single scenes to ridiculous lengths in order to fill the running time. The perfect example of this is when Burt and Vicky find a house, and decide to search it. Stretched out to an interminably long time, the viewer knows exactly what is going to happen - so the only result is you are sitting there waiting for the director to just get on with it and deliver the corny horror film cliché we are all expecting.

The dialogue is risible, so it is not easy for the actors to deliver their lines with a straight face, but to their credit they manage it. It is not really possible to comment too much on the quality of the acting - as no-one is really presented with any material that is likely to stretch them.

The direction is fairly pedestrian, and the budget means that there are some laughable continuity errors - look for example at the sky in several scenes. One moment it is an effects sky, clouds scudding across it's face, the next they ran out of money and it is pure blue again. Then in the next scene it is back to an effects heavy sky.. This is most amusing for sure, but it is also indicative of the attention that has been paid. The director also seems to have some problem with pacing. Long scenes play out with no obvious purpose other than to stretch out the run time, and as mentioned before - when the horror comes the director seems to shy away from it.

Children of the Corn has been a mild success over the years, making money in the home market and spawning many sequels. A new remake is due any day now on American TV. But to this reviewer it has always ranked amongst the worse adaptation of King's work. It is certainly a lot closer to the quality of The mangler than it is to The Mist and because of this, only King completists, or fans of low budget shockers should apply.