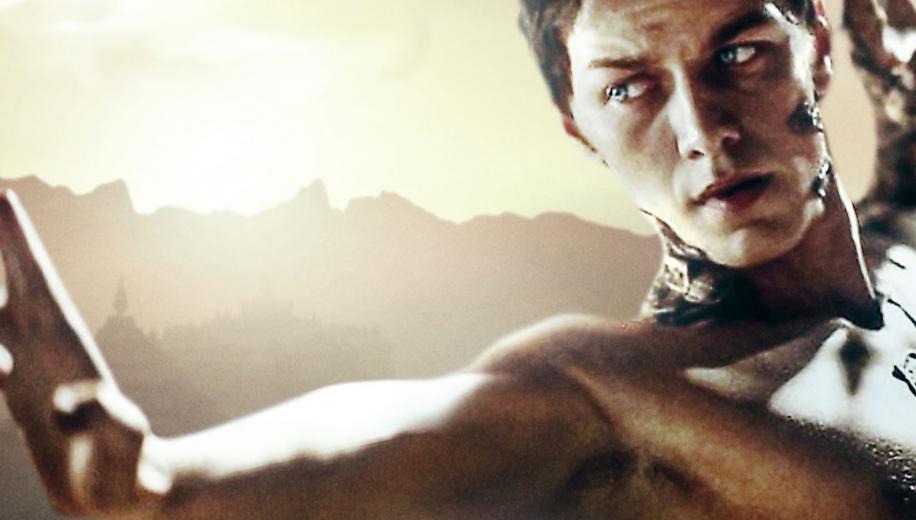 Back before The Sci-Fi Channel aired Battlestar Galactica and changed the face of sci-fi TV shows, they actually did a pretty damn good job adapting Frank Herbert's expansive series of Dune novels, returning to the property which had previously been made into David Lynch's most mainstream movie in 1984, and which - despite the ostensibly smaller TV scale - very much enjoyed the breathing space afforded by 4-5 hours of runtime.

After the success of 2000's Frank Herbert's Dune miniseries, which is still regarded as one of The Sci-Fi Channel's top three properties, the production company set to work on the next couple of Dune books, Dune Messiah and Children of Dune, embarking on this 2003 sequel miniseries and similarly affording it an expansive 4.5 hours to weave its intricate tale of the ongoing adventures of gifted warrior-leader Paul Atreides and his legacy in the grander Dune universe.

Free from the confines of comparison to Lynch's 1984 epic

Children of Dune isn't just about Paul's kids, split into three distinct 'chapters' which first look at the ongoing difficulties Paul encounters once in a position of power (after the events of Dune), with assassination attempts leaving him blind and, eventually, one with the desert, and - years later - his son Leto coming to the fore with a promising gift himself, and hopes to once again bring solidarity to these conflicted lands.

With an all-star cast (just as we were getting used to Alec Newman's Paul Atreides, he's essentially replaced by a young James McAvoy as his son Leto) that includes the original miniseries regulars Julie Cox and Edward Atterton (with Ian McNeice returning as the Baron), as well as bigger names like Susan Sarandon, Alice Krige and Steven Berkoff, Children of Dune enjoys an arguably more assured feel than its predecessor, free also from the confines of comparison to Lynch's 1984 epic, and able to paint its own rich tapestry of warring cultures, extremists, believers and usurpers, and gifted individuals at one with the majestic worms that rule the land and the precious Spice therein.

It will be interesting to see if Villeneuve even gets to finish his two-part adaptation of Dune, let alone embark upon sequels that would absorb these later works from Herbert, but given the delays on but the first chapter fans would probably be best advised to consider this their best shot at exploring the further adventures of Dune, and it's a very good effort indeed.

Detail is generally very good indeed, enjoying the close-ups and background textures, and let down only by some of the effects work which, as hard as they try, doesn't quite stand up to scrutiny. Environments are otherwise well represented, particularly interiors, and, sure, there's some softness around the edges, but few TV productions from almost 20 years back polish up this nicely, fewer still, ones from the Sci-Fi Channel.

Colours are strong, enjoying the golden orange Dune tones, and striking blue eyes, and black levels are perhaps surprisingly strong too, and really there's such a significant difference between the quality of the shots which are overlayed against CG backdrops that you can see how much effort has gone into knocking this title into shape. Indeed, just flick on the version on Amazon Prime and you can see the world of difference. It's solid work indeed.

Dialogue remains well prioritised, largely across the frontal array, whilst effects are disseminated well across the array, or as well as you might expect from a TV production from this era, with some limitation here too. The score sweeps across in the background and rounds out a solid track.
﻿

Signature's Blu-ray release of Children of Dune affords nothing in the way of extras.

With the three 'chapters' split across two discs, two on the first disc and the third on the second disc, it's all the more disappointing as there's clearly plenty of space on that second disc to have at least provided some manner of Behind the Scenes material.

Children of Dune is a pretty damn good follow-up to The Sci-Fi Channel's acclaimed 2000 Dune miniseries, adapting the next couple of books in Herbert's saga to impressive effect, and often transcending the limitations of its ostensible TV scope to provide an almost epic experience.

A show that all Dune fans should consider investigating

Signature brings Children of Dune to UK Blu-ray with excellent video and a very good audio track, and, despite the lack of extras, it's an impressive release for a show that all Dune fans should consider investigating.