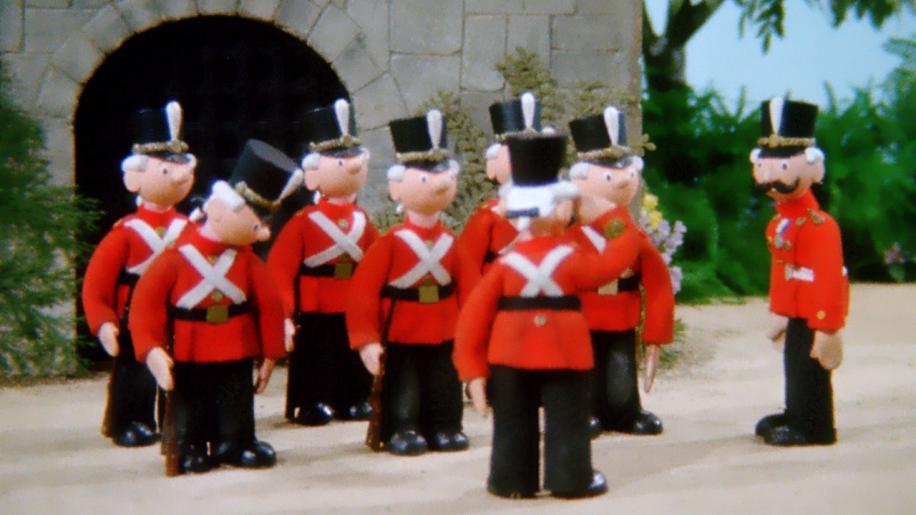 The disc has been given a 1.33:1 full screen aspect as per its original broadcast and has been digital restored, but even still this is a forty year old print. That said the print is still in a pretty poor shape, colours are a little brighter but fluctuate with the ever changing contrast and brightness level that never seems to get it right. The image is altogether too soft and has a very slight wobble, very slight, but it is there. Digitally there were no compression problems or any edge enhancement, but despite the clean up there is still plenty of print damage and it is very grainy. A shame. Brian Cant's narration comes to you through an English Dolby Digital 2.0 mono track that is pretty good, its free from any major flaws, but still hisses when turned up, has a reasonable range with the music but overall is a little tinny. An adequate sound track that is unlikely to sound any better. Aside from the trailers section there is one featurette running at a just over five minutes. I've stated that the Trumptonshire disc's have been digitally restored, the reason I know this, aside from the packaging, is this featurette which is entitled Restoring Trumptonshie. We are introduced to Mr Colour and brightness restorer, Miss Sound restorer and Mr Print damage remover as they talk us through the various tools they used to restore the old print; seriously if this is the best they can do, they ought to be looking for other jobs. There are side by side comparisons between un-restored and restored footage, one of which is below. Don't know about you but the restored version looks all rather harsh and bright compared; but fair to say this static image doesn't reproduce the fluctuations of grain in the unrestored footage. Anyway you can make up your own mind. It is always a risk when remastering older prints, without access to the director or cinematographer's reference sheets any alteration to brightness or colour is likely to be wrong, and remastering doesn't always mean better (The Professonals?). In this case it appears that the clean up of the episodes is the best it could be using current technology, personally I don't think the job is very good at all; worst of all is that constant wobble; it devalues the entire series and in today's market place is quite unacceptable. Chigley is a fitting closure to a terrific children's show, by pulling all the threads of Camberwick Green and Trumpton together to form a nice whole. Shame about the picture and extras but completist will have to live with it.