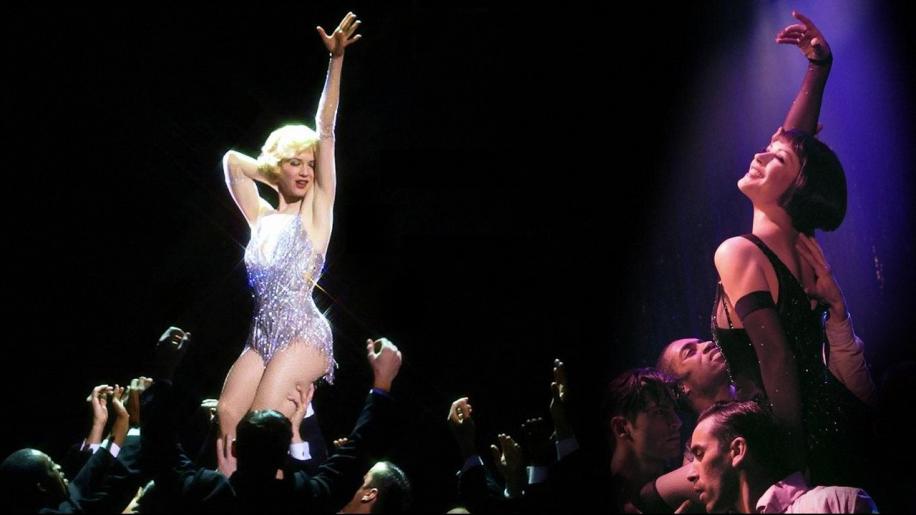 Roxie Hart (Renee Zellweger) is a Housewife in Chicago who dreams of being a star on the stage singing Jazz. Her lover who promises stardom by getting her contacts and a chance of a stage career dupes her. Velma Kelly (Cathrine Zeta-Jones) is a star of the stage along with her sister in a double act. Both women are betrayed, Roxie kills her lover after he dumps her, Velma kills her sister and husband after finding them in bed together. And so the story begins with both women in prison facing murder trials and they both end up with the expensive lawyer Billy Flynn (Richard Gere) who has never lost a case yet. Flynn attempts to clear both women but manages to create a media storm with the innocent looking Roxie, much to the disapproval of Velma and prison Matron Mamma Morton (Queen Latifah) who plan to get their own back on the young upstart Roxie.

The story is told using the thoughts of Roxie who imagines many of her experiences as musical numbers. The transition between reality and these well-choreographed song and dance routines is well handled for this big screen adaptation of the musical. The cast all display a talent for singing with Zeta-Jones and Gere being very impressive and Zellweger playing her part perfectly. Director Rob Marshall stages the performances perfectly stopping just before the go over the top and handled in just the right manner. The clever use of cross cutting techniques (especially during the musical numbers) adds a certain amount of energy, rhythm and timing, with the puppet routine between Gere and Zellweger being particularly effective.

The film falls short of the same imagination seen in Moulin Rouge and I don't agree with the Best Film accolade that the movie won at this years Oscars. However saying that this is a very enjoyable Musical for the 21st Century and I hope studios will continue to revive the genre.