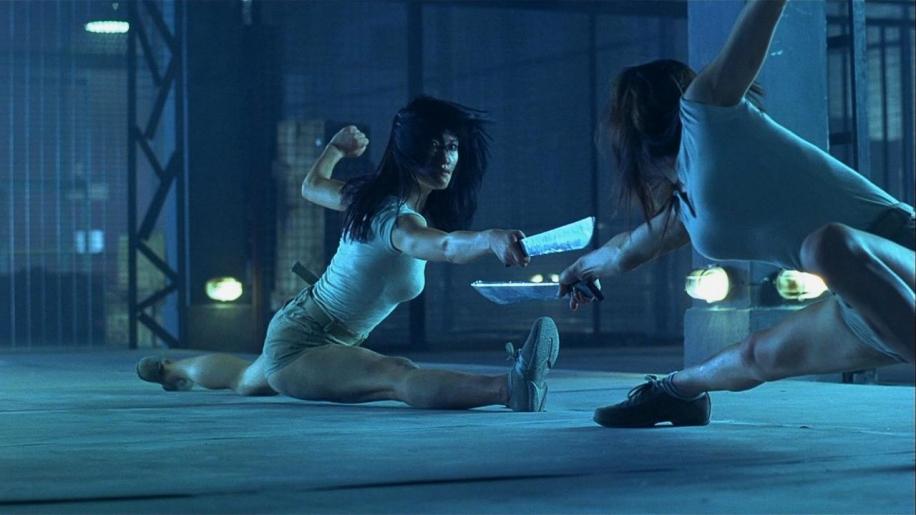 Let's get this straight. Naked
Weapon is not a great film and
is definitely not up to the usual
calibre that we've all come to
expect from Hong Kong Legends.
Yet it still entertains in its own way.
The ruthless Madam M (Almen
Wong) has started abducting athletic
young girls from around the globe with
the intention of creating the ultimate
female assassin. She imprisons the
girls on a remote island and subjects
them to military-style training including
survival and weapons skills, plus the
art of seduction. As the years pass,
the girls become highly trained killing
machines and are ultimately pitted
against one another in a deadly
cage match until only three survive.
Sent into the world as professional
assassins, one of the girls (Maggie Q)
becomes involved with a CIA Agent
(Daniel Wu) investigating the murders,
and together they set about reclaiming
her past and eliminating Madam M.
Naked Weapon is an explosive mix
of babes, blades and bullets, with little
in the way of plot to distract you.
Director Tony Ching Siu-tung brings it
all together with tremendous visual
flair and stages some truly impressive
action scenes, and Maggie Q is
obviously a major talent in the making
- but this can't disguise the fact that
the film is ultimately rather silly. A
satisfactory action film then, which
could have been a lot more.